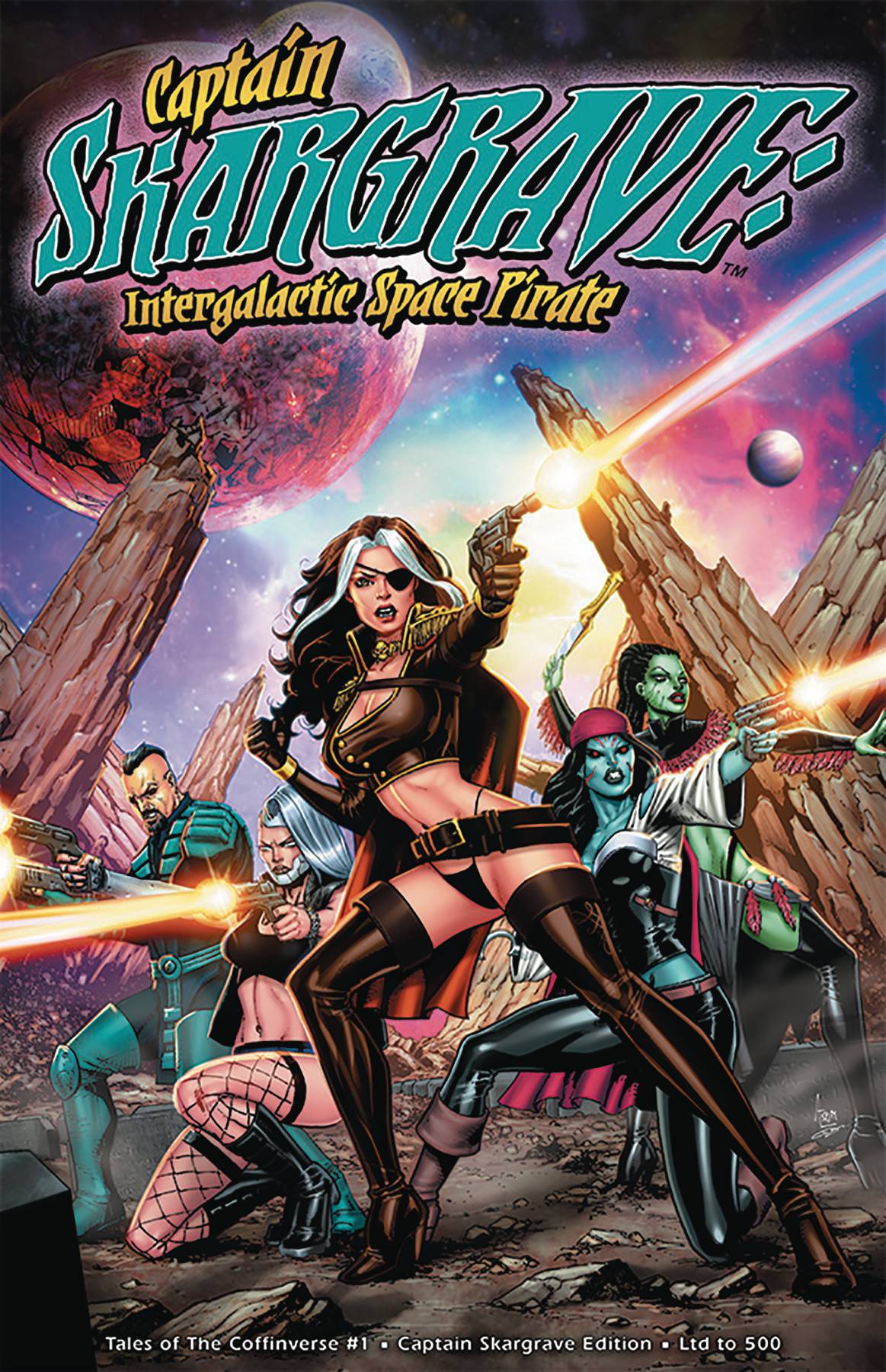 #
APR221380
(W) Mike MacLean, Brian Pulido (A) Paolo Pantalena, Joel Gomez, Steven Butler (A/CA) Anthony Spay
An official "Deathocalypse" tie-in! The epic villainy of Insurrectus and his monstrous progeny extends beyond the known universe. Only those willing to take a stand can stop him. In separate stories from across the Infinityverse, meet The Trust - outlaw superheroes who fight the supernatural, Captain Skargrave - intergalactic space pirate who sails the haunted galaxy macabre, Lady Gunfighter - wild west loner armed with demonic guns and a bad attitude, and Captain Death - who opposes the monsters during 1945's World War Hell as a Satanus invades Europe (told in a 60's Marvel style). There can only be two outcomes - victory or total DEATHOCALYPSE!