TALES OF THE COFFINVERSE #1 CVR A PREMIERE ED (MR) 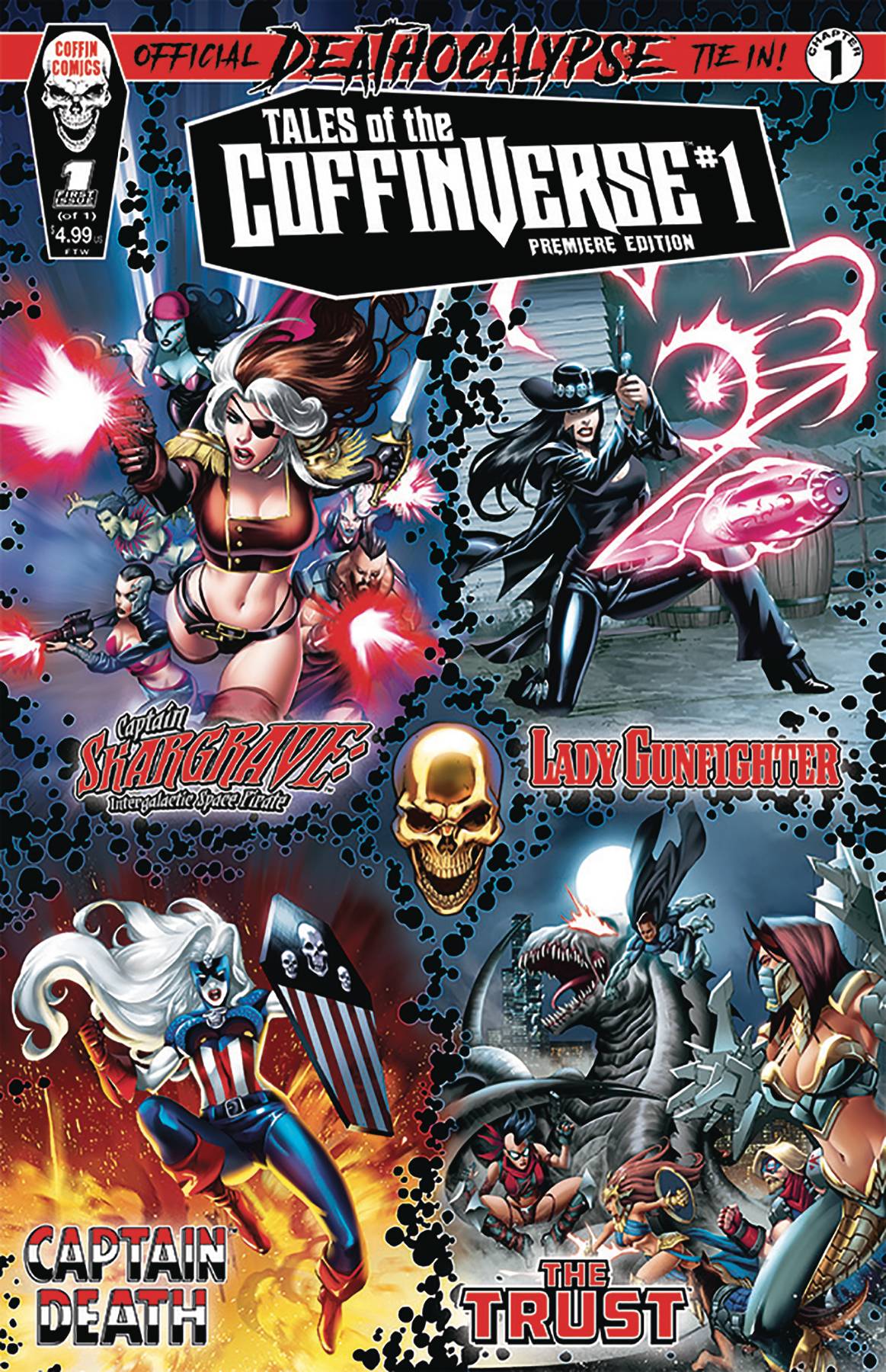 #
APR221378
(W) Mike MacLean, Brian Pulido (A) Paolo Pantalena, Anthony Spay, Joel Gomez, Steven Butler (CA) Diego Bernard
The epic villainy of Insurrectus and his monstrous progeny extends beyond the known universe. Only those willing to take a stand can stop him. In separate stories from across the Infinityverse, meet The Trust - outlaw superheroes who fight the supernatural, Captain Skargrave, intergalactic space pirate who sails the haunted galaxy macabre; Lady Gunfighter, wild west loner armed with demonic guns and a bad attitude; and Captain Death, who opposes the monsters during 1945's World War Hell as a Satanus invades Europe (told in a 60's Marvel style). There can only be two outcomes - victory or total Deathocalypse!
In Shops: Jun 22, 2022
SRP: $4.99
View All Items In This Series
ORDER SUBSCRIBE WISH LIST