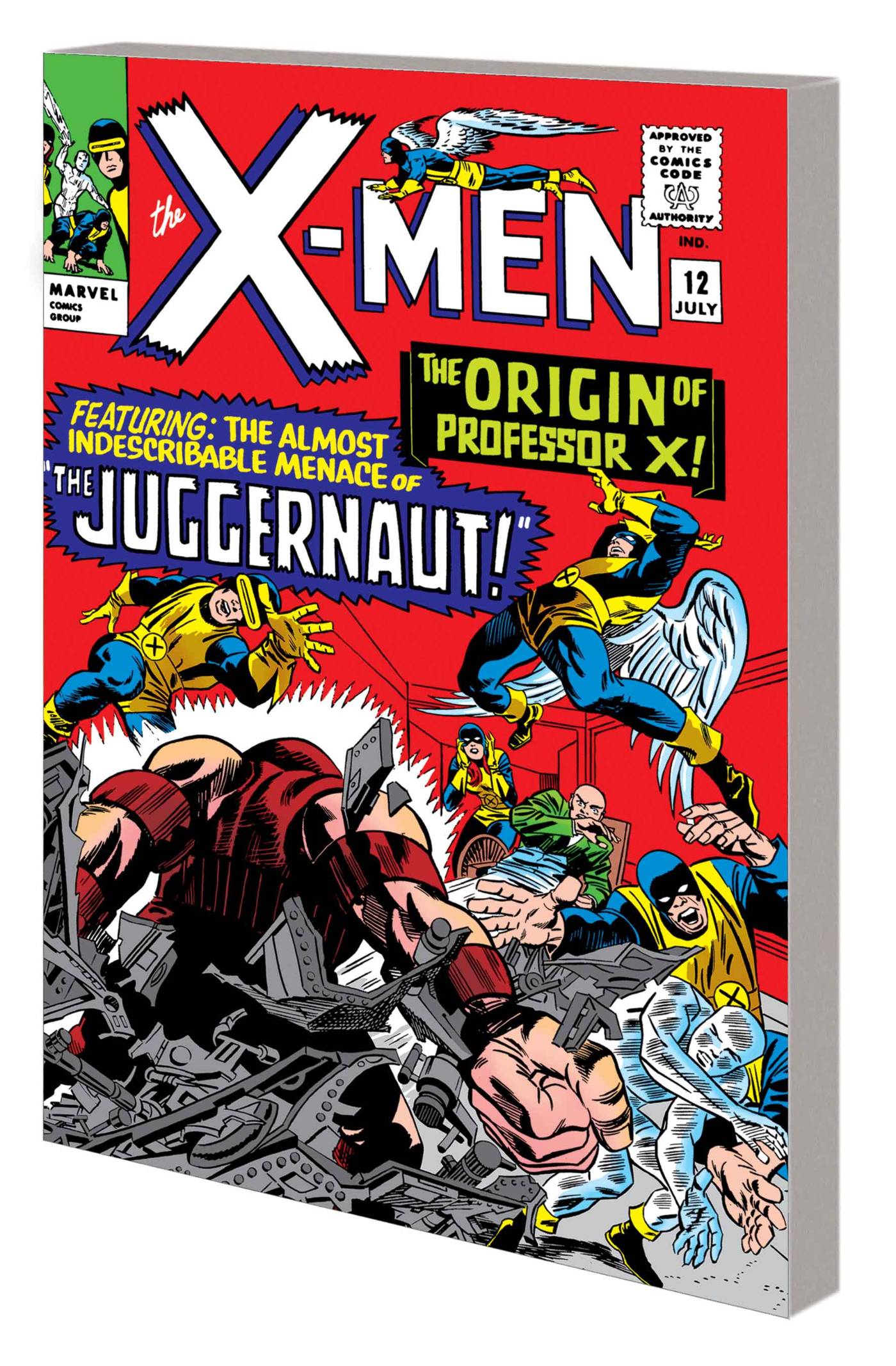 #
APR221091
(W) Stan Lee (A) Various (A/CA) Jack Kirby
The X-Men blend super hero action, teen angst and a potent metaphor for the turbulent issues of the '60s into one powerful package! And in this volume, Stan Lee and Jack Kirby finished laying the foundation for what would later become comics' biggest franchise! Experience the unstoppable Juggernaut's devastating debut and learn his shocking connection to Professor X! Plus: Thrill to the first appearances of the cosmic Stranger, the power-copying Mimic, and - in a classic three-part saga - the mutant-hunting robots known as the Sentinels! And for good measure, it's all topped off with the return of Magneto and his Brotherhood of Evil Mutants - and a devastating attack on the X-Men's school! They're mutant milestones one and all! Collecting X-MEN (1963) #11-19.
Ages 10 & Up
In Shops: Aug 03, 2022
SRP: $15.99
View All Items In This Series
ORDER SUBSCRIBE WISH LIST