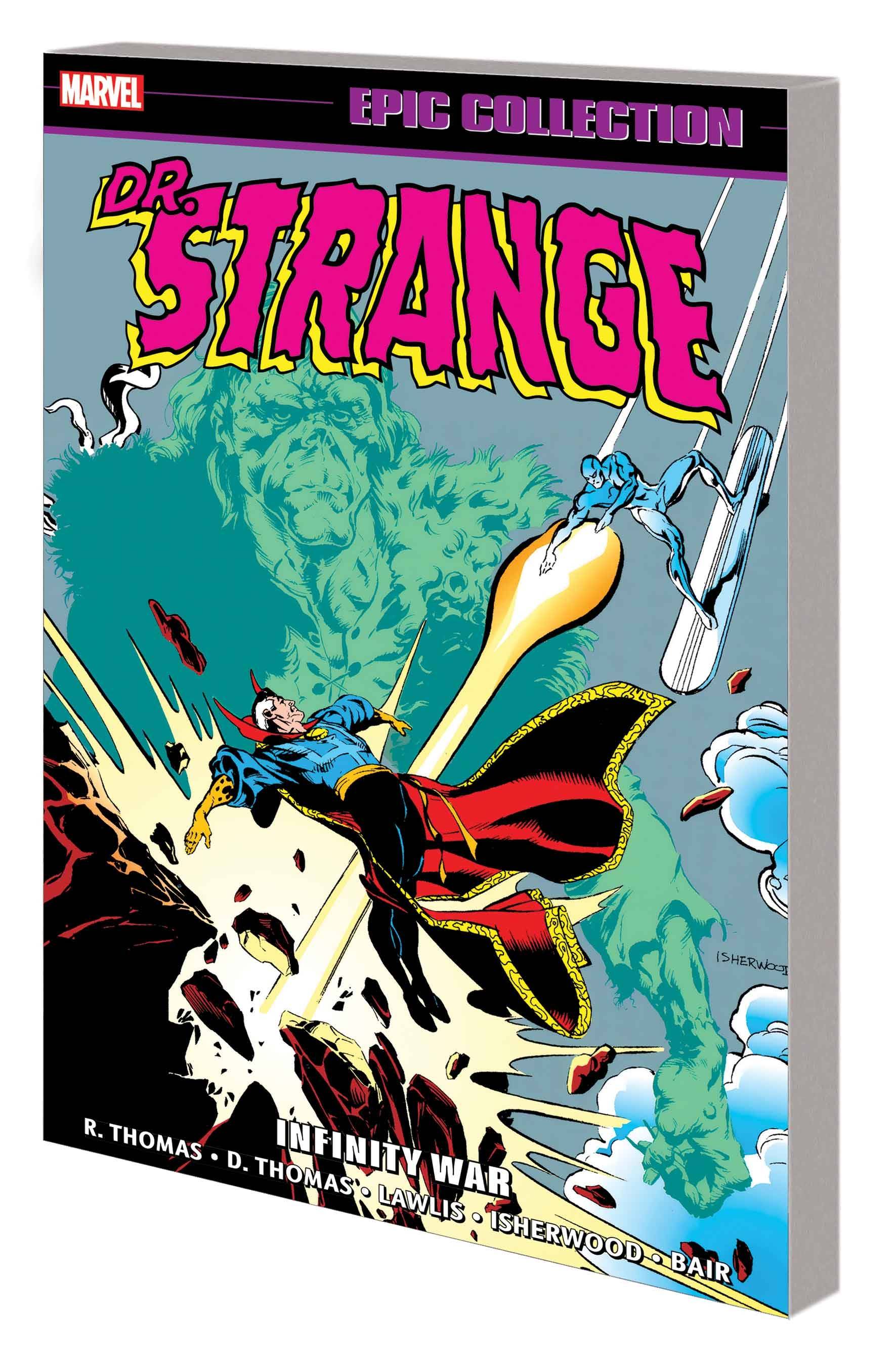 #
APR221080
(W) Roy Thomas (A) Various, Dan Lawlis (CA) Geof Isherwood
From here to Infinity! As Earth's heroes reckon with Thanos and his universe-altering Infinity Gauntlet, Doctor Strange takes on vital mystical missions to bolster their forces - but will his greatest threat be Doctor Doom or the inscrutable Adam Warlock? Stephen is attacked by his old friend the Silver Surfer and his old foe Nightmare - before the full horror of the gathered Lords of Fear is unleashed! Then, the Doctor enlists in the Infinity War - and crosses paths with Galactus! An urgent quest leads Strange and his allies into encounters with the godlike entities Agamotto and Cyttorak - and don't forget Cyttorak's champion, the unstoppable Juggernaut! Plus: Wolverine, Spider-Man, the Scarlet Witch, a reunion of the dynamic Defenders and more! Collecting DOCTOR STRANGE, SORCERER SUPREME #34-47 and ANNUAL #2, SILVER SURFER (1987) #67 and SPIDER-MAN/DR. STRANGE: THE WAY TO
DUSTY DEATH.
Rated T+
In Shops: Aug 24, 2022
SRP: $44.99
ORDER WISH LIST