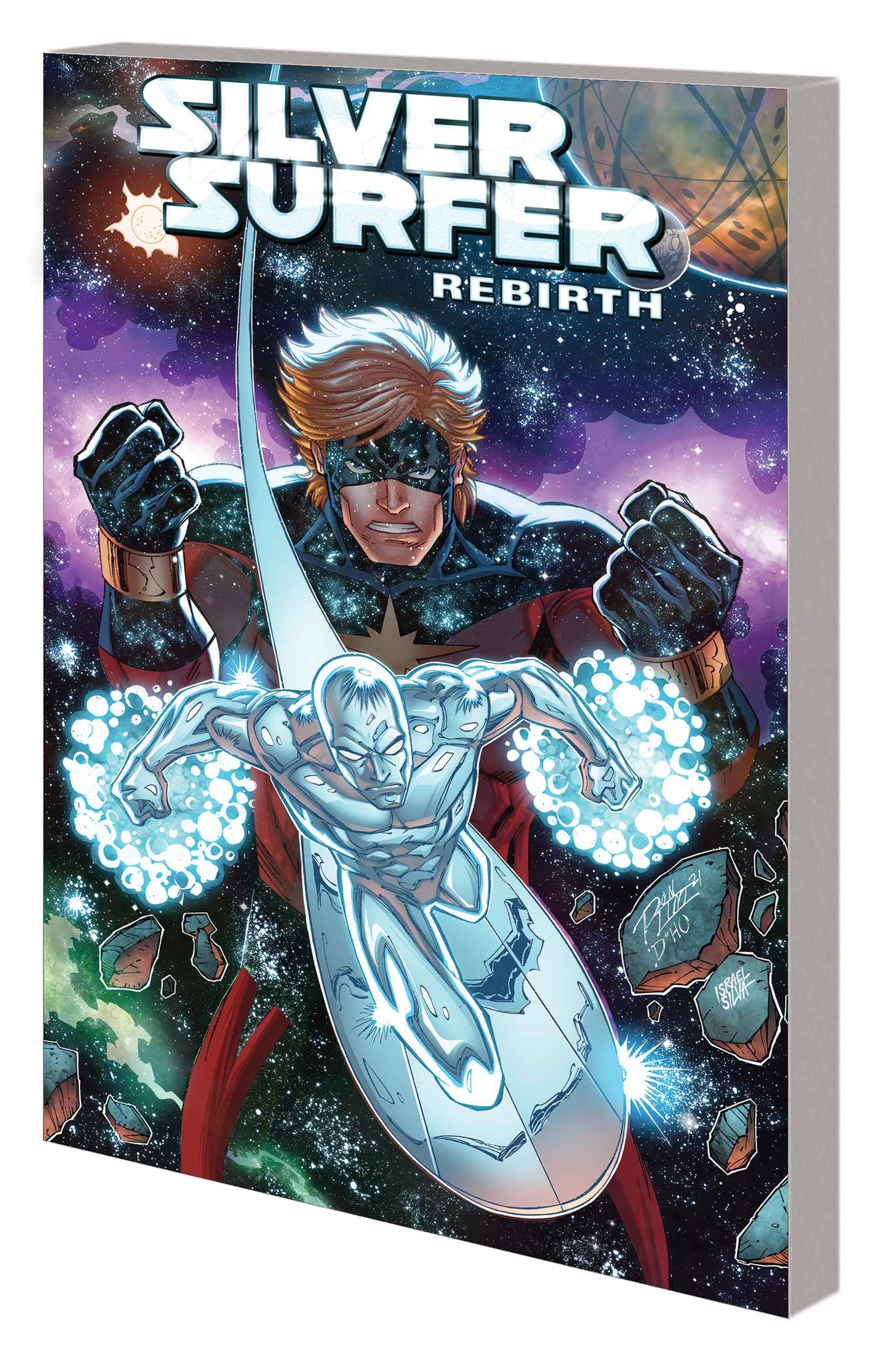 #
APR221064
(W) Ron Marz (A/CA) Ron Lim
Ron Marz and Ron Lim return to the Sentinel of the Spaceways with a new tale of cosmic adventure set during their classic 1990s SILVER SURFER run! When the Reality Gem is stolen from safekeeping by an unknown antagonist, the resulting chaos attracts the attention of Thanos - and the Mad Titan seeks the aid of the Surfer to recover the gem! As reality fractures around them, Norrin must do the unthinkable and ally himself with his bitter enemy. The unlikely duo will cross paths with familiar faces - including Nebula, Jack of Hearts, Galactus and the original (and long-dead) Kree Captain Mar-Vell! But will even the awesome power of the Silver Surfer and Thanos be enough to restore order to the Marvel Universe? Or will doing so mean a galaxy where the Surfer never existed? Collecting SILVER SURFER REBIRTH #1-5.
Rated T+
In Shops: Aug 24, 2022
SRP: $15.99
ORDER WISH LIST