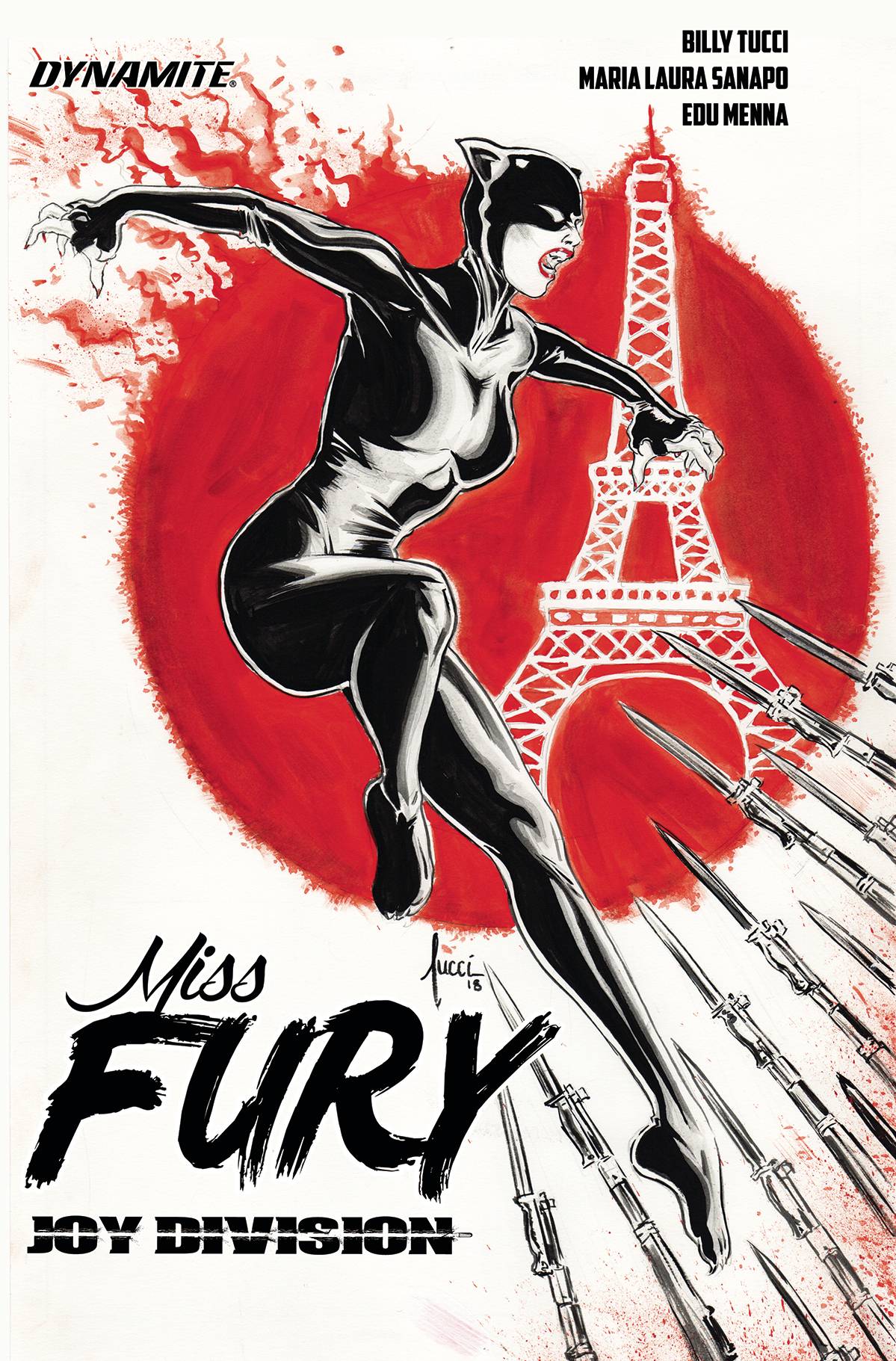 #
APR220461
(W) Billy Tucci (A) Maria Sanapo, Edu Menna (A/CA) Billy Tucci
In "Miss Fury: Joy Division," writer Billy Tucci, along with artists Maria Laura Sanapo and Edu Menna, delves into the eponymous deep dark secret of the Nazi regime during the Second World War. Through the 1940s, several Nazi concentration camps featured brothels wherein Jewish women were forced to work as prostitutes for soldiers. This rarely discussed, dark tragedy of history remains starkly relevant today. Now, Miss Fury and her team of Black Furies have discovered this cruel phenomenon - and they're going to kick some Nazi ass, in an all-female style mission of revenge. The original graphic novel includes a chapter illustrated by Billy Tucci and fits perfectly into a continuity gap in the original storylines of Miss Fury, taking place in the summer of 1944. Miss Fury - real name Marla Drake - dates back to 1941 and holds the esteemed distinction of being the first female hero created by a woman in the medium. Writer and artist June Tarpé Mills chronicled the tales of the original "Cat Woman" for a full decade in newspaper strips, with the character also licensed at the time for a Marvel comic book. Mills and her heroine were more ahead of their time than even their notable first indicates. Mills dropped her first name when signing the strip to disguise her gender. When Marla was depicted wearing a bikini in a 1947 strip, 37 papers dropped the feature in protest."I take it very, very seriously to honor Miss Fury's creator, June Tarpé Mills, and to bring to light one of the most heinous yet forgotten episodes of the Holocaust." - Billy Tucci
In Shops: Aug 10, 2022
SRP: $50.00
ORDER WISH LIST