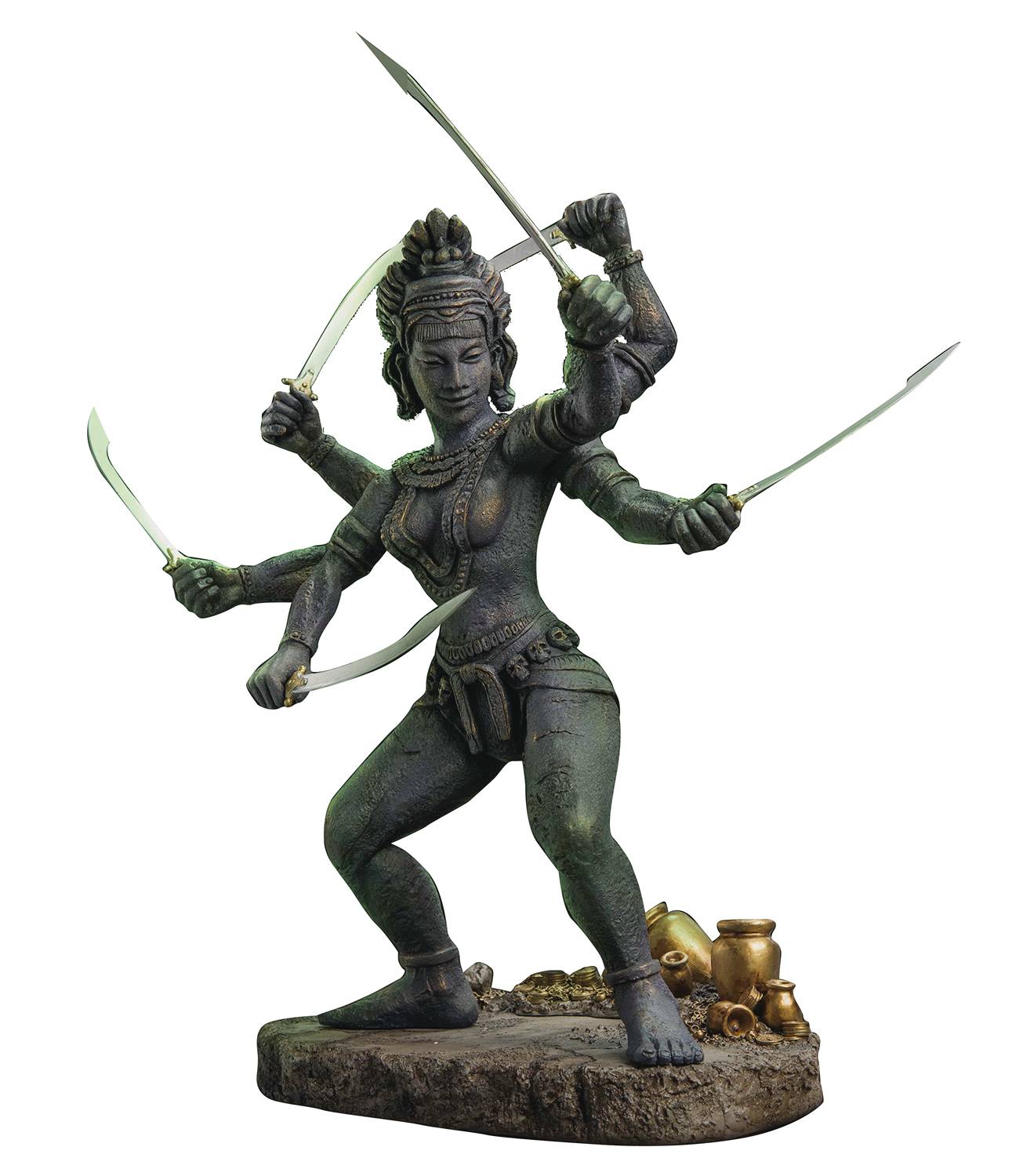 # # # # #
APR218540
From Star Ace Toys. A statue of Kali, Goddess of Death, stands guard over countless treasure. Woe to any sailor who tries to steal from the horde guarded by this stone sentry.  Her six arms all wield swords and can fight off multiple attackers. One of Ray Harryhausen's more ambitious stop-motion creations, Kali would move all her arms as she battles the adventurers. Traditionally sculpted by the artisans of the famed creature shop of Kaibutsuya, this detailed Kali statue is made from soft vinyl and stands 11.8" tall. Each piece is hand-painted to look like it is made of ancient stone. She is posed with all six swords ready to face-off against anyone who would desecrate her treasure horde! The Deluxe version of this statue includes a polyresin display diorama base with the cave floor covered with golden treasure.