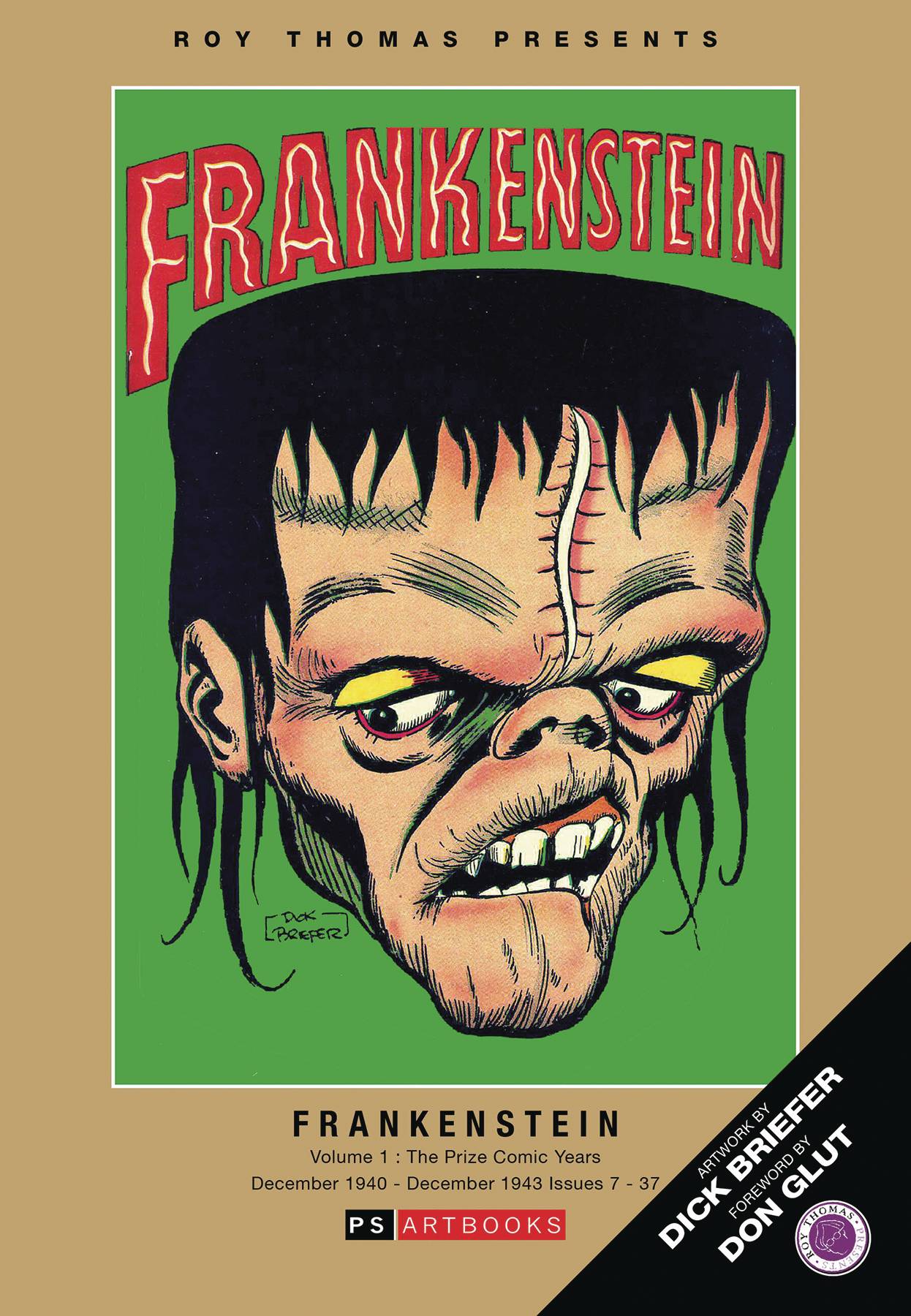 #
APR211864
(W) Roy Thomas, Don Glut, Dick Briefer (A/CA) Dick Briefer
Dick Briefer's Frankenstein for Prize Comics is widely regarded as being America's first ongoing horror series. Indeed, it was Briefer's work that probably caused the creature to be actually named as Frankenstein instead of the nameless monstrosity from Shelley's novel. Splitting the stories between the twin stools of humor and horrorm Briefer's tales are absorbing and unsettling in equal parts. Some of the humorous material has already been reprinted, though not necessarily in order nor in total. Until now, of course!  Reprints Prize Comics stories issues #7-37 (December 1940-December 1943).
In Shops: Mar 09, 2022
SRP: $36.99
View All Items In This Series
ORDER SUBSCRIBE WISH LIST