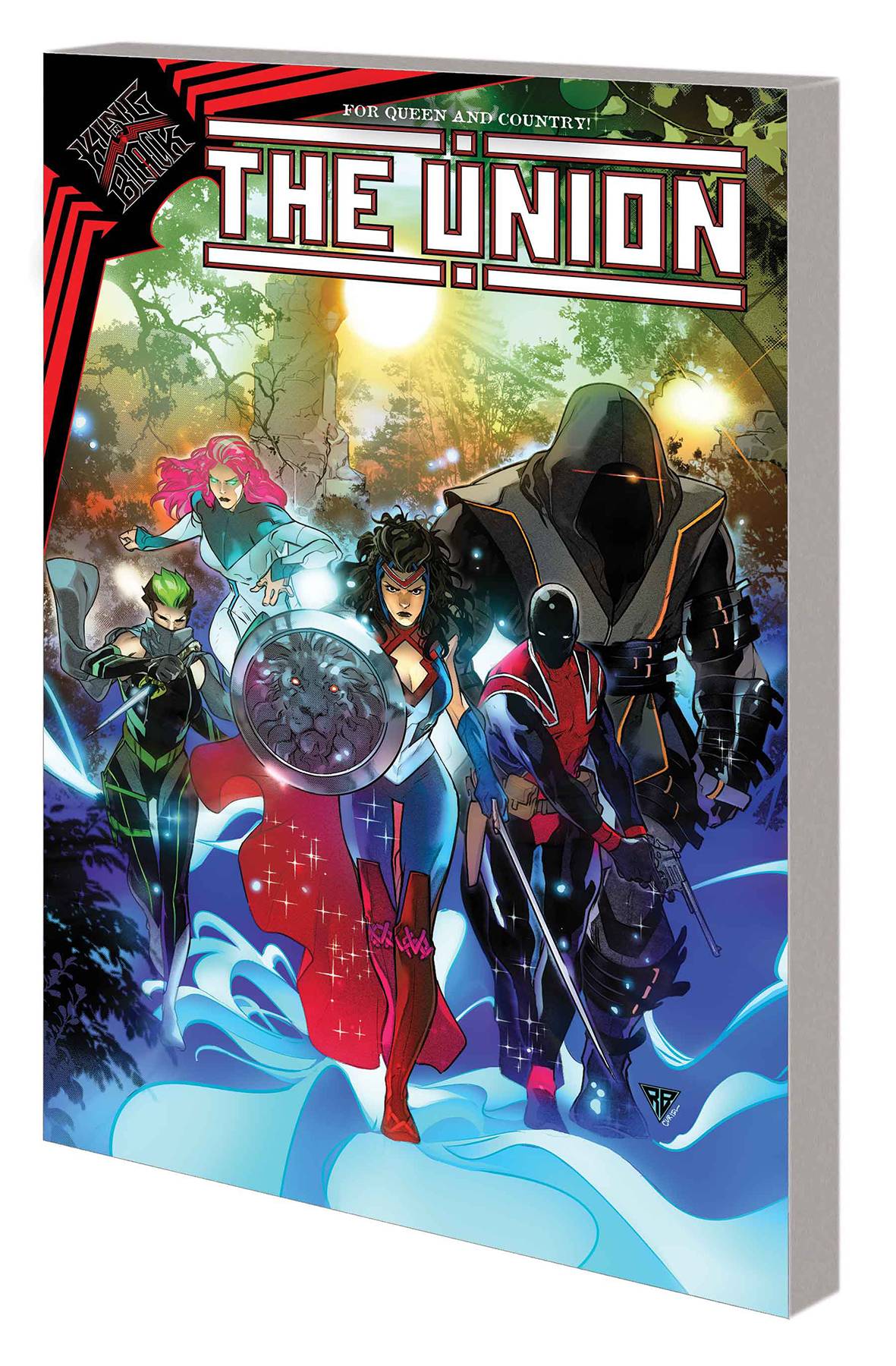 #
APR210992
(W) Paul Grist (A) Andrea Di Vito, Paul Grist (CA) R. B. Silva
The grand unveiling of the Union! A team of super heroes gathered from across the United Kingdom - including Union Jack, Snakes, Kelpie, Choir and their fearless leader, Britannia! But when the alien god Knull and his symbiote dragons attack Earth, the fledgling team finds itself immediately pushed to its limits! The heroes of the Union must battle for their lives (and one another) as the King in Black's invasion reaches its crescendo! And who are Bulldog and Doc Croc? One will join them, but the other may destroy them! Thrust onto the global stage just as a devastating blow to the team rocks it to its very core, will the members of the Union prove themselves - or crumble under the pressure as the entire world watches? Collecting THE UNION #1-5.
112 PGS./Rated T+
In Shops: Jul 21, 2021
SRP: $15.99
ORDER WISH LIST