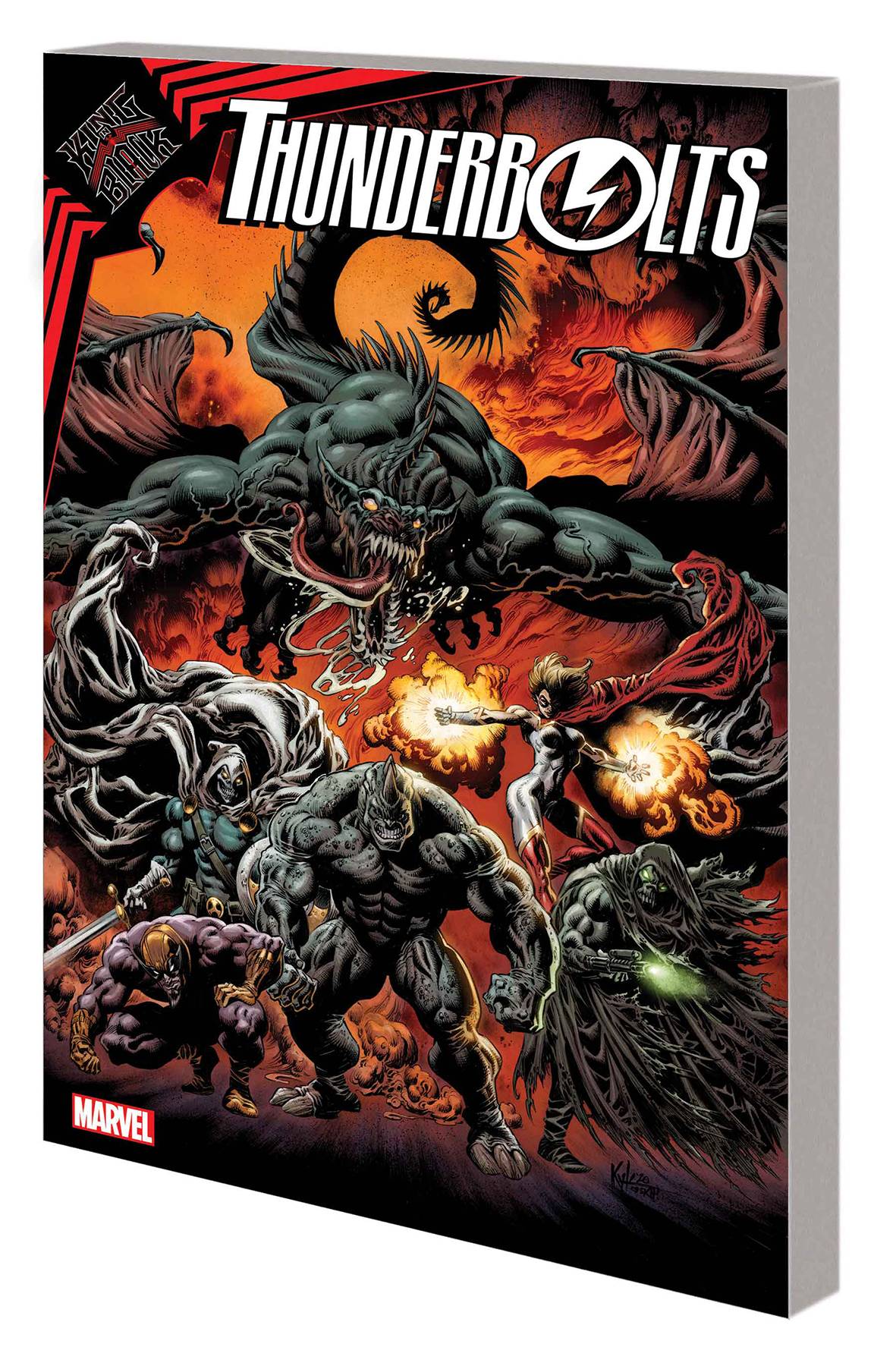 #
APR210987
(W) Matthew Rosenberg, Gerry Duggan (A) Juan Ferreyra, Luke Ross (CA) Kyle Hotz
Knull's army of space dragons has arrived to attack Earth - starting with New York City! But Mayor Wilson Fisk has a plan: Bring back the Thunderbolts! To take on the unkillable, Fisk assembles a group of killers and mercenaries - including Taskmaster, Rhino, Star, Mister Fear and Batroc the Leaper! They have just one job: save the city or die trying. But the secret to doing so means that some of the worst people in the Marvel Universe must head inside the nightmarish Ravencroft Institute! What could go wrong? Plus: The Red Queen Kate Pryde and her crew of mutant Marauders set sail against the forces of Knull! Captain Kate has pledged to fight for the needy, and a global disaster like Knull's invasion will mean plenty of folks in need! Collecting KING IN BLACK: THUNDERBOLTS #1-3 and KING IN BLACK: MARAUDERS.
112 PGS./Rated T+
In Shops: Jul 28, 2021
SRP: $15.99
ORDER WISH LIST