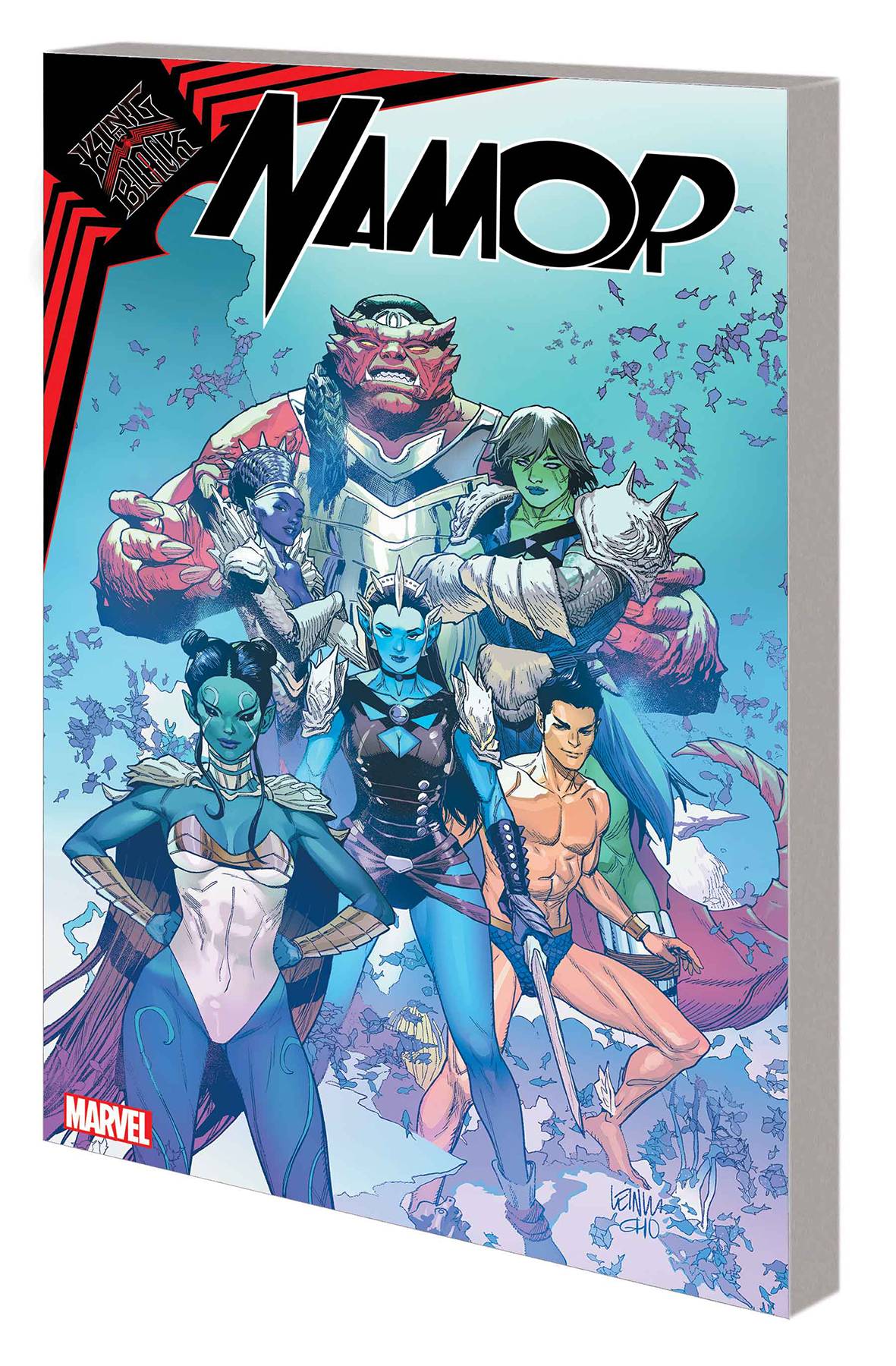 #
APR210984
(W) Kurt Busiek (A) Benjamin Dewey, Jonas Scharf (CA) Ken Lashley
An untold tale of the young Sub-Mariner - and the dark, chilling birth of one of Atlantis' greatest villains! The players: Namor, Lady Dorma of Atlantis, the outsider Attuma - all still in their teen years - and the Swift Riders, the Atlantean Empire's greatest heroes. It begins with alliances and possibilities - but what lies ahead is tragedy, betrayal and deadly magics unleashed! As the three youths join the Swift Riders on a vital mission, the ensuing catastrophe brings to life the most menacing threat Atlantis has ever faced! Will the Black Tide cut a swath of devastation and death across the ocean floor, laying waste to all that stands before them? It's a deep dive into Marvel history - where the secrets of the King in Black are buried! Collecting KING IN BLACK: NAMOR #1-5.
112 PGS./Rated T+
In Shops: Jul 21, 2021
SRP: $15.99
ORDER WISH LIST