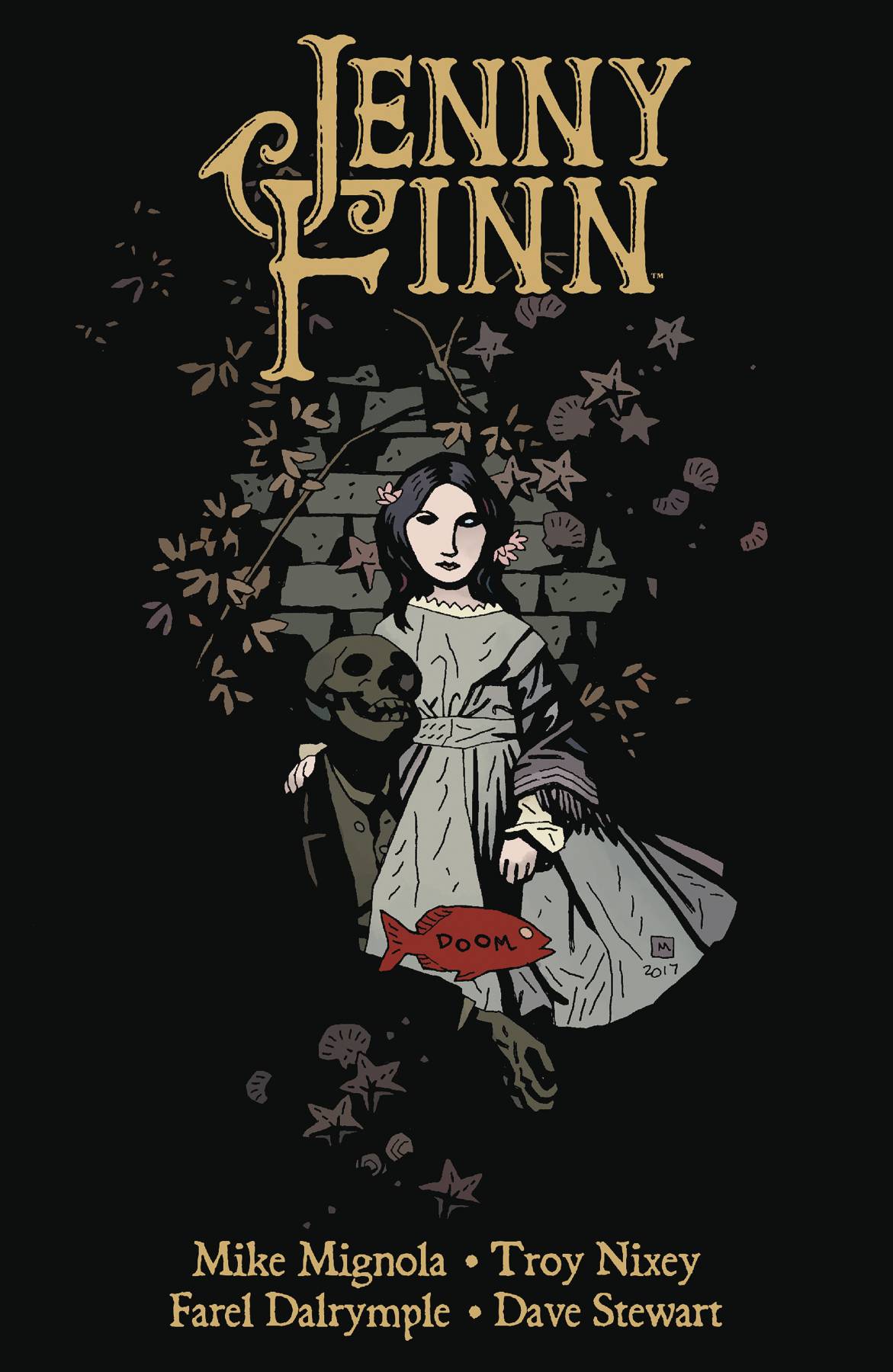 #
APR210400
(W) Mike Mignola, Troy Nixey (A) Troy Nixey, Farel Dalrymple (CA) Mike Mignola
Mike Mignola and Troy Nixey's acclaimed series is colored for the first time by Eisner Award winner Dave Stewart. London's dockside is threatened by the twin terrors of a plague leaving bodies covered in tentacles and a slasher killing women in the night. Desperate for answers after the wrong man is executed for the murders, a group of Londoners holds a séance to contract the supposed killer, and his story of a girl born of the sea who has brought a terrible curse only brings them more questions. Collects Jenny Finn #1-#4 and bonus sketchbook material.
In Shops: May 12, 2021
SRP: $17.99