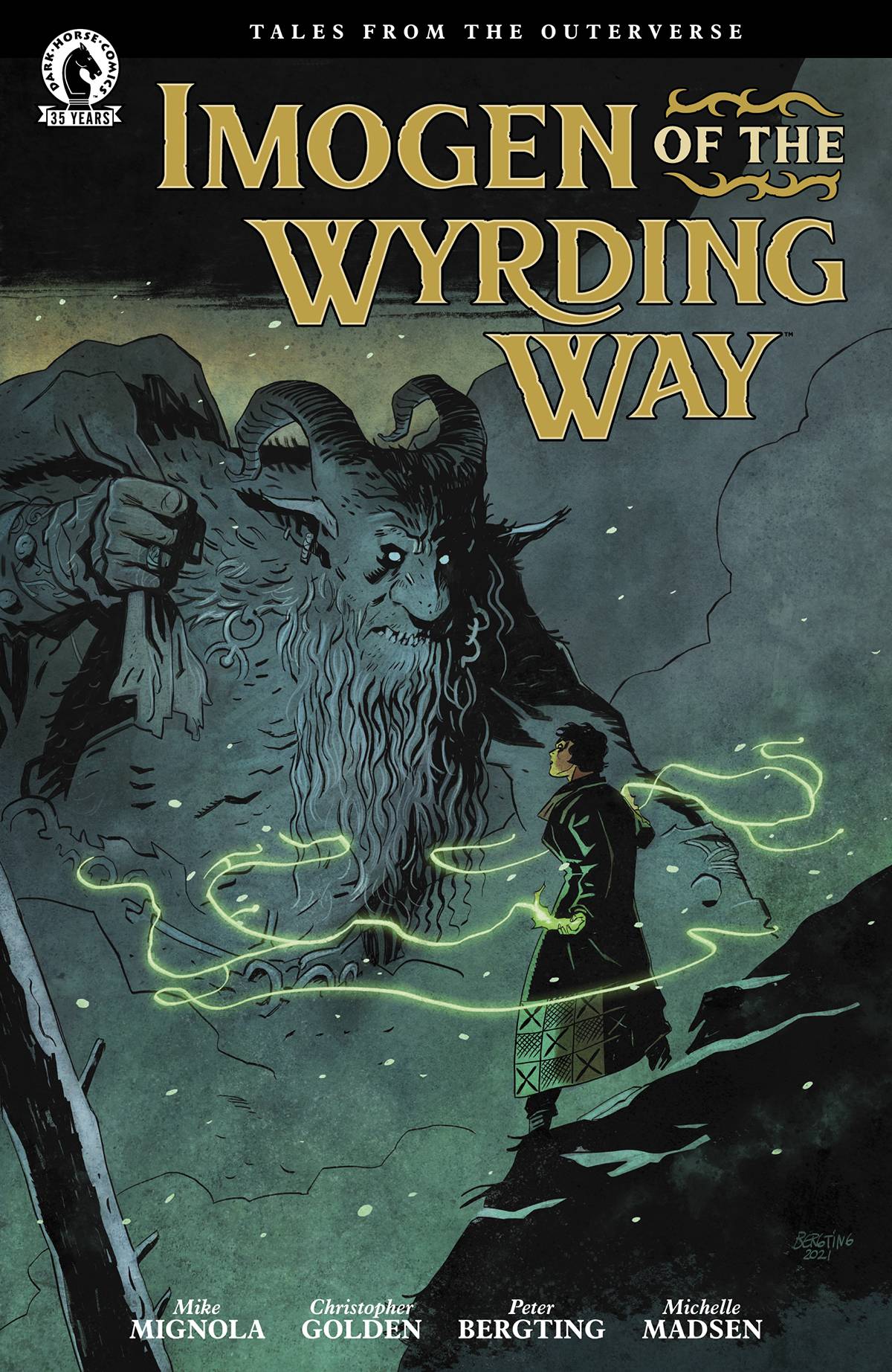 #
APR210386
(W) Mike Mignola, Christopher Golden (A/CA) Peter Bergting
While on a job in Denmark with her fellow Wyrders, Imogen hears some odd news: hundreds of refugees fleeing the spread of Nazism are traveling into the nearby forest, and never returning. Helping a young man find his refugee family will bring Imogen face-to-face with some of the worst that war can inflict upon those in need-and make her ask the difficult question of what she's really fighting for.

Mike Mignola and Christopher Golden, the writing team behind Baltimore and other Outerverse titles, spotlight the witch Imogen in this exciting one-shot.
In Shops: Jun 23, 2021
SRP: $3.99
ORDER WISH LIST