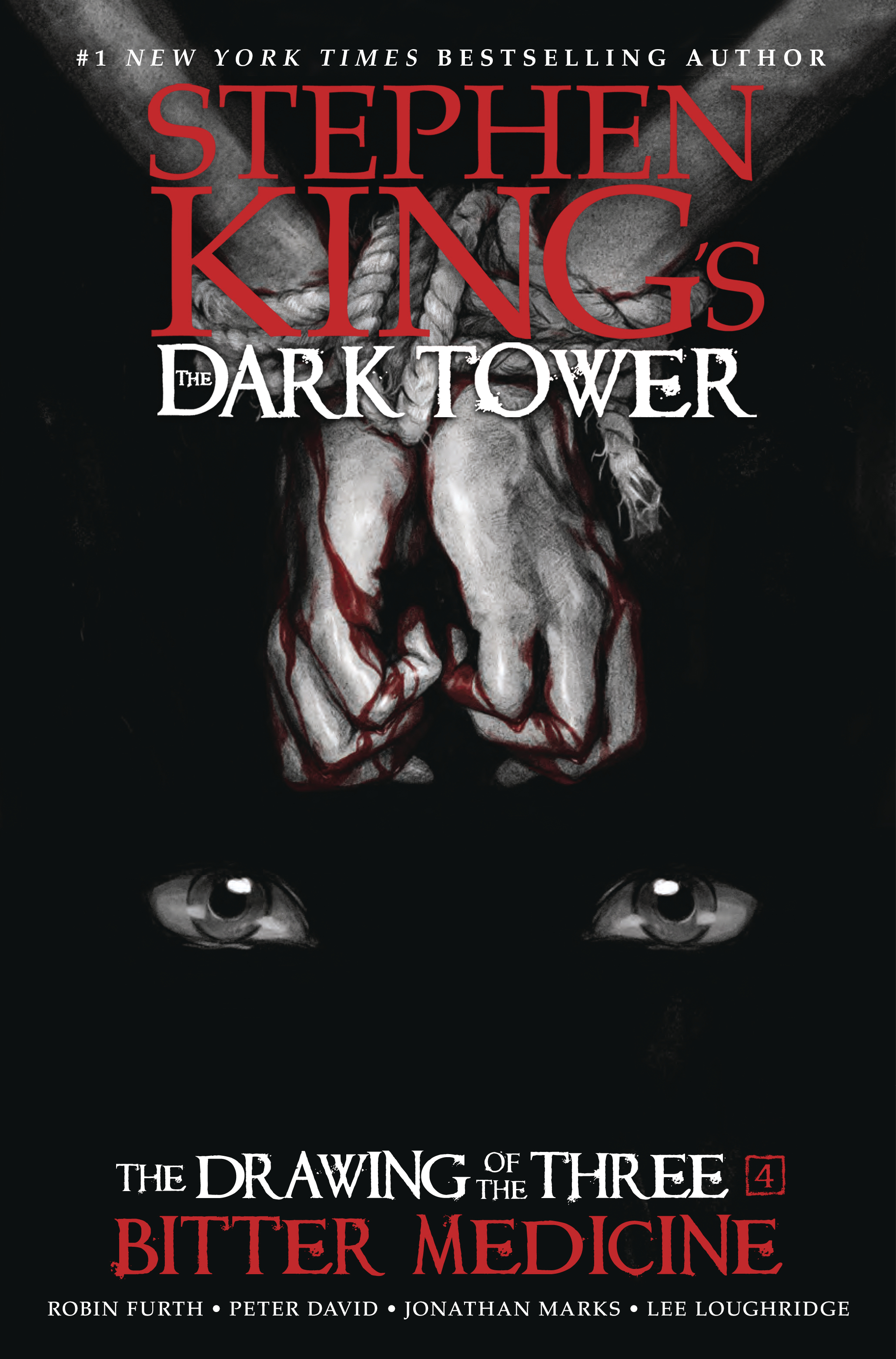 APR201861
(W) Stephen King, Peter David, Robin Furth (A) Jonathan Marks, Piotr Kowalski, Cory Hamscher, Juanan Ramirez
Enter once more the world of Roland Deschain and the world of the Dark Tower, presented in this stunning graphic novel of The Drawing of the Three story arc that will unlock the doorways to terrifying secrets. Roland is the last of his kind, a "gunslinger" charged with protecting whatever goodness and light remains in his world-a world that "moved on," as they say. The Drawing of the Three is an extraordinary and terrifying journey, ultimately introducing a generation of new readers to Stephen King's modern literary classic The Dark Tower, while giving longtime fans thrilling adventures transformed from his blockbuster novels.
In Shops: Jun 17, 2020
SRP: $24.99
View All Items In This Series