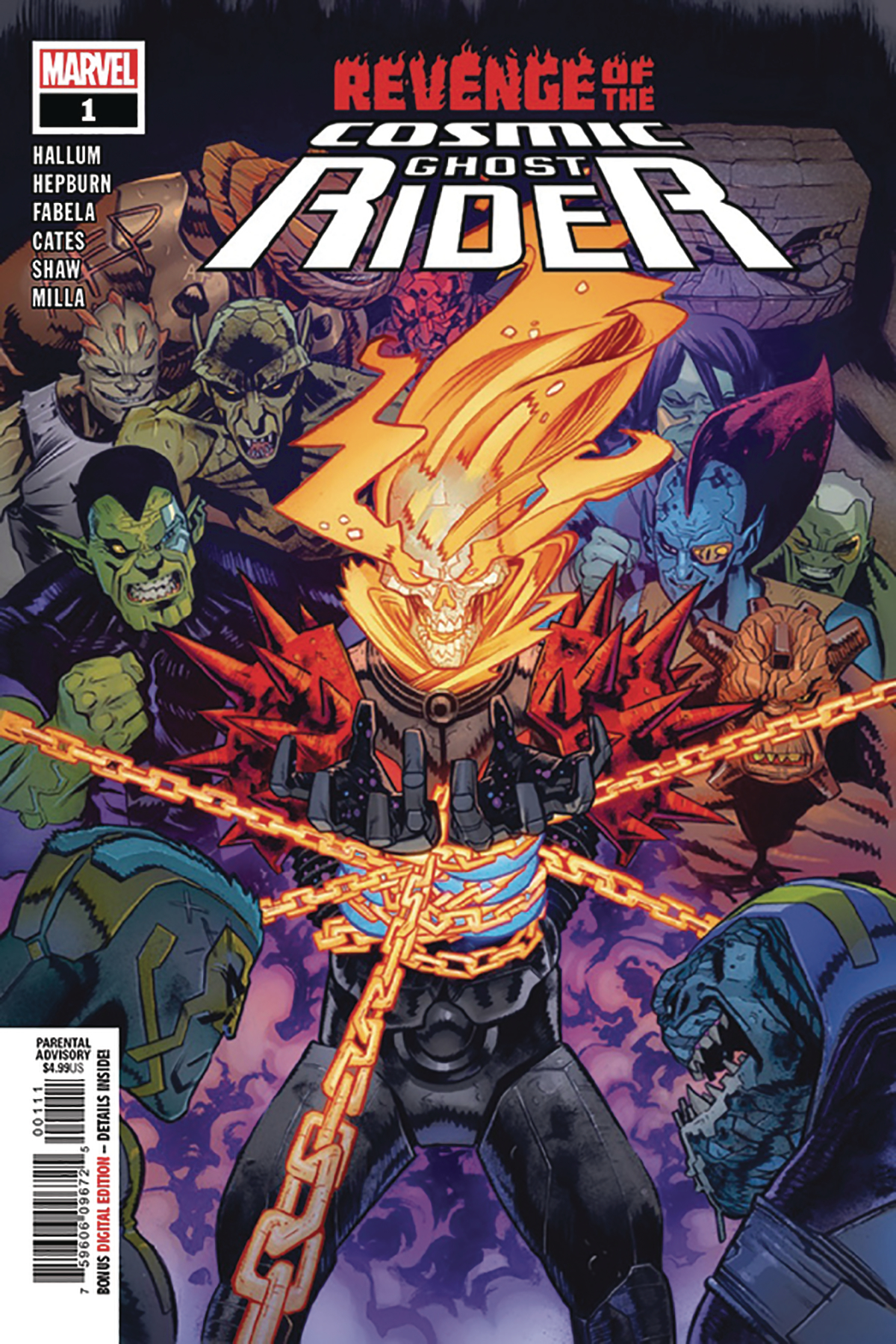 APR201806
Cosmic Ghost Rider is back, baby! But with a reputation like his, it's only a matter of time before the law catches up to the future Frank Castle and tries to put him in chains - too bad for the law, chains are Castle's weapons of choice these days. Now in an intergalactic prison, the Rider is going to turn his cage into an all-out cage match! Who's going to be the last alien standing?! Find out in this all new miniseries from Dennis "Hopeless" Hallum (MARVEL'S SPIDERMAN: CITY AT WAR) and Scott Hepburn (DEADPOOL)! Plus - Don't miss out on a brand-new short story from the guys who started it all, Donny Cates (ABSOLUTE CARNAGE) and Geoff Shaw (GUARDIANS OF THE GALAXY)! EVENT PRICED in honor of the FIRST APPEARANCE of GHOST RIDER in MARVEL SPOTLIGHT #5 (August 1972). FINAL COVER MAY VARY. ALLOCATIONS MAY OCCUR.
In Shops: Jun 24, 2020
SRP: $19.72