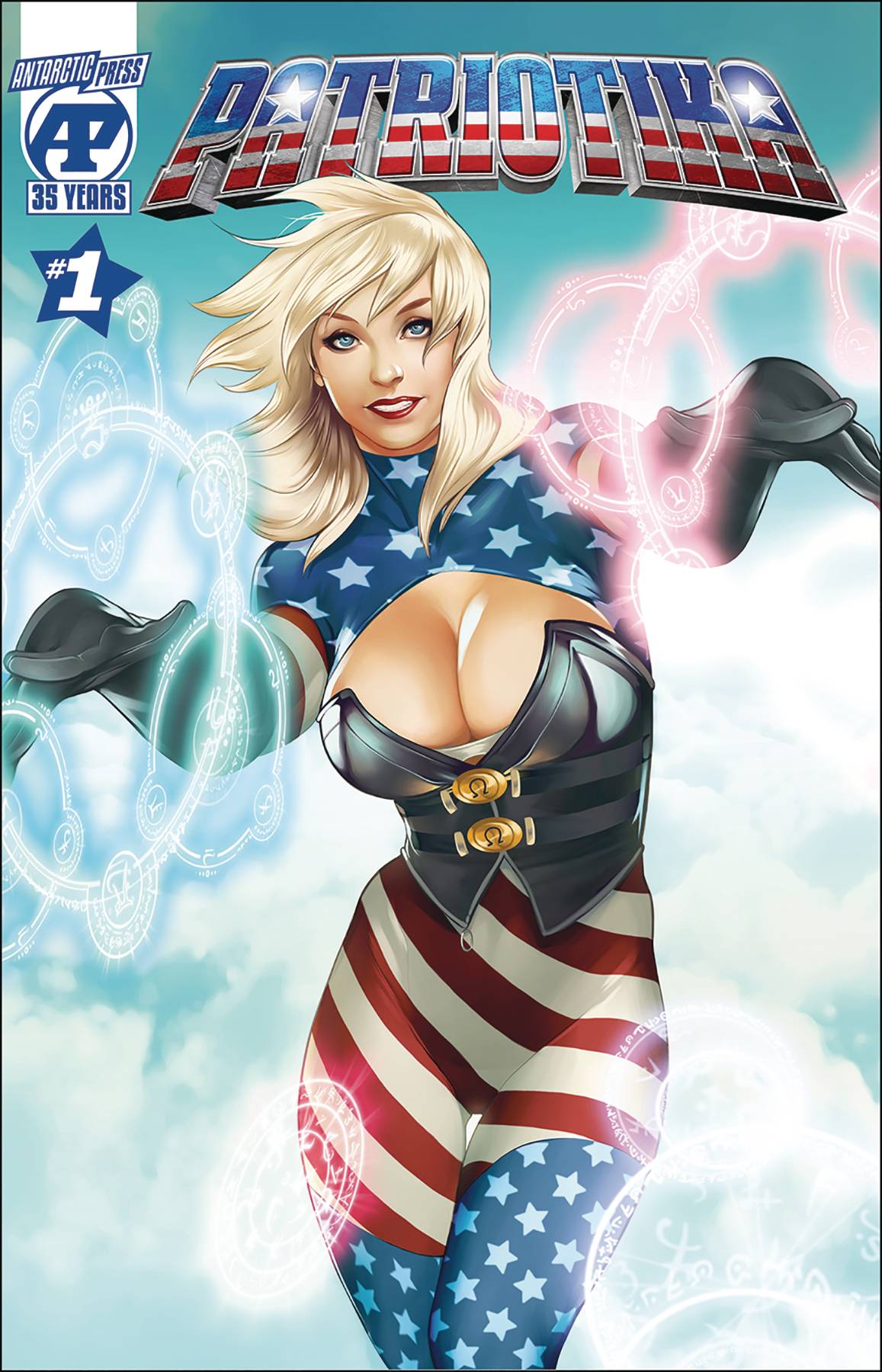 #
APR201552
(W) Ron Z (A) Antipus (CA) Elizabeth Torque
The powers of a god, the troubles of a teen!
The goddess Athena, namesake descendant of the first Athena, has come to Earth to save it from invaders out of myth, but the very power that originally banished the gods is sapping her life force too!  To survive, she must reluctantly bond with a human: a scrawny college student named Erin.  Together, they transform into the mighty Patriotika to fight gods and monsters, protect and rally the military, and deal with campus social life!
In Shops: Aug 05, 2020
SRP: $3.99
View All Items In This Series
ORDER SUBSCRIBE WISH LIST