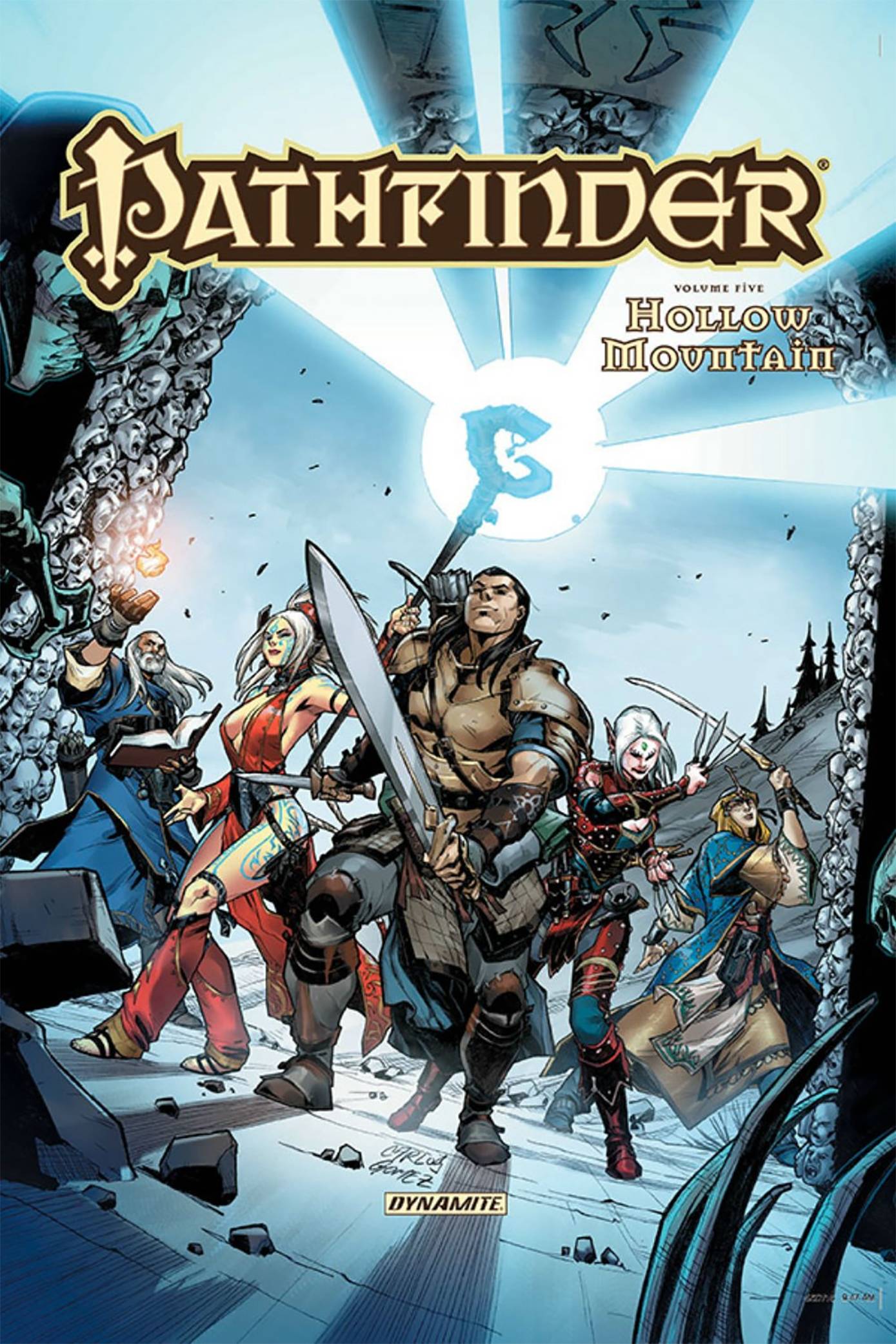 #
APR201330
(W) Erik Mona, Christine Schneider, James L. Sutter (A) Tom Garcia (CA) Carlos E. Gomez
The iconic heroes of Pathfinder delve deep into an ancient fortress built by the Runelords. Carved in the immense visage of Alaznist, Runelord of Wrath, the Hollow Mountain is home to a honeycomb labyrinth of trap-laden chambers and corridors. The Pathfinder agents must explore the ruins in search of a long-lost mystical artifact... but they're not alone. Competing explorers seek out the mountain's secrets, and it won't be long before open combat erupts! But unbeknownst to the warring factions, Alaznist has not left her former stronghold unprotected. Can the Pathfinder heroes and their bitter rivals put aside their animosity to survive the mountain's fearsome guardians?