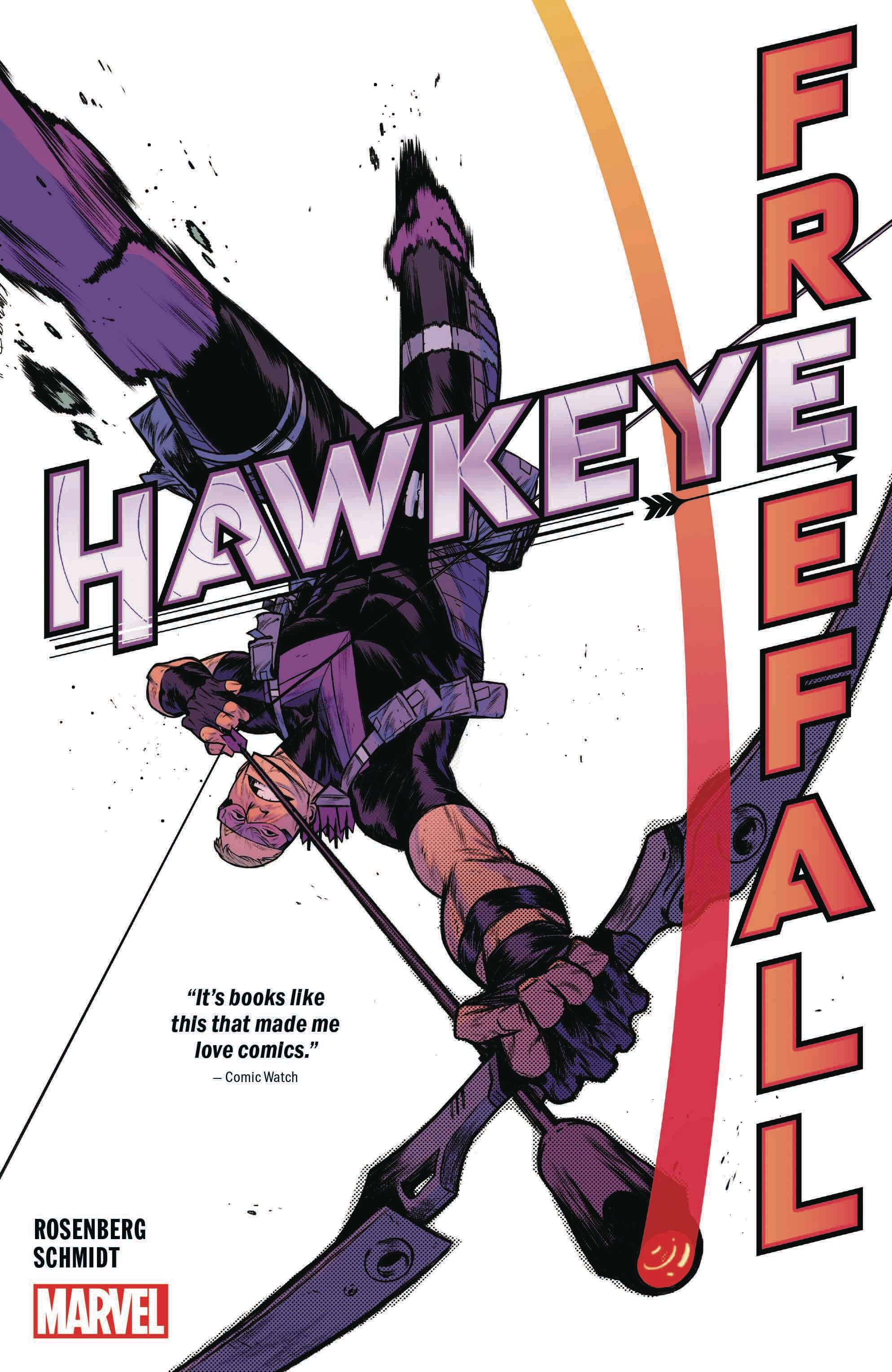 #
APR201098
(W) Matthew Rosenberg (A) Otto Schmidt (CA) Kim Jacinto
Who is Ronin? When a mysterious and ruthless new Ronin starts tearing a destructive path through the city, suspicion immediately falls on Hawkeye - but Clint Barton has more to worry about than who's wearing his old costume. After a clash with the Hood ends badly, Hawkeye takes on a new mission that places him in the crosshairs of one of New York's most dangerous villains. But Clint and Ronin are on a collision course - and only one will walk away! As things around him get ever more dangerous, Clint is pushed to make some tough - and probably really bad - decisions. With everything falling apart, can he find a way to get through this crisis with clean hands - or will he be forced to return to his criminal ways? Featuring Spider-Man, Daredevil, Captain America and more of Hawkeye's Avenging allies! Collecting HAWKEYE: FREEFALL #1-6.