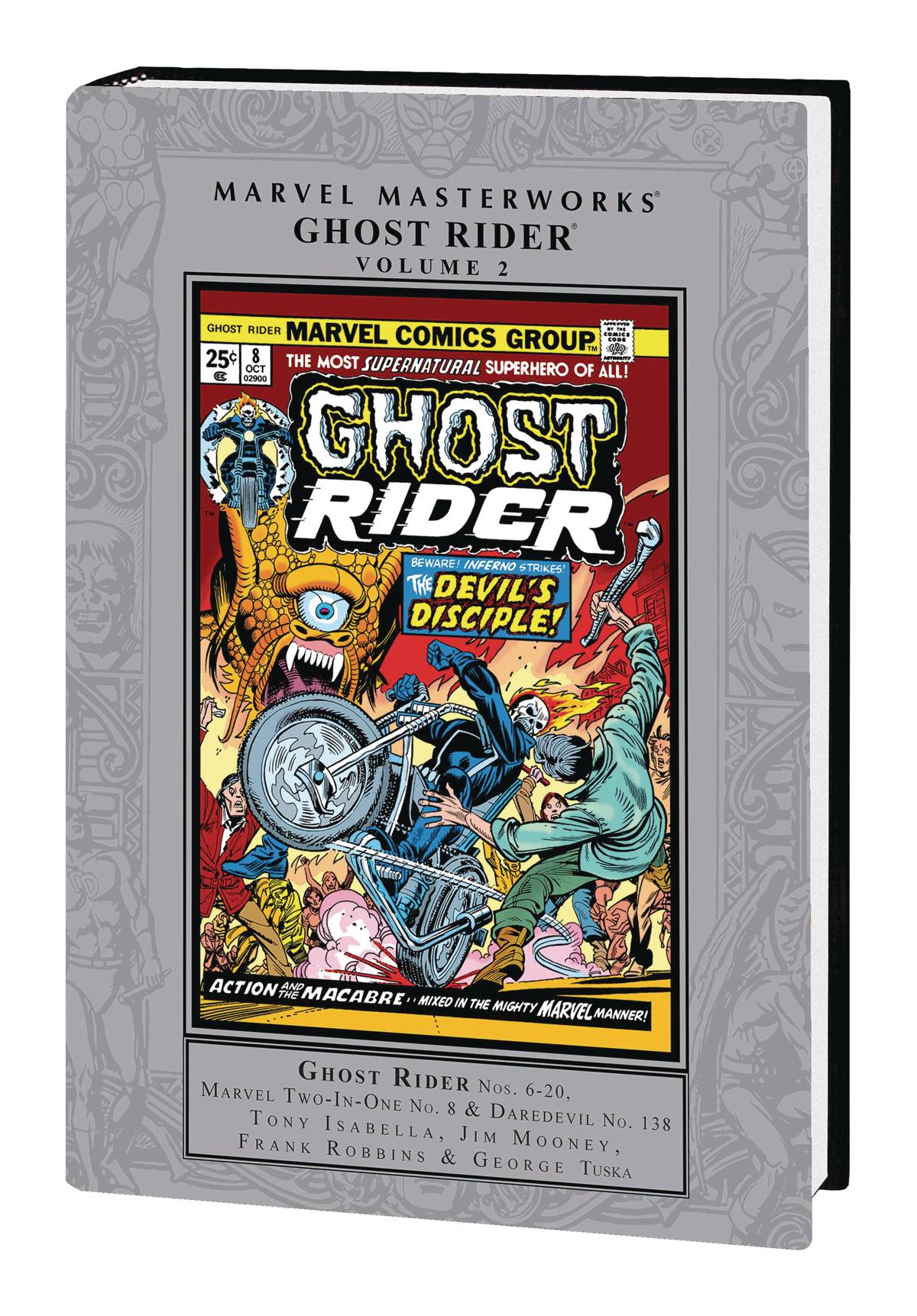 #
APR201076
(W) Tony Isabella, More (A) Jim Mooney, More (CA) Gil Kane
Marvel's hell-bound super hero, Ghost Rider, hits the road for a second Marvel Masterworks! Johnny Blaze's adventures begin with the return of Zodiac, an organized-crime gang powered by agents of Hell, in a plot that can only be foiled with the help of the super-heroic Stunt-Master! Then, after fighting for his very soul against Satan himself, Ghost Rider finds himself teaming up with the Ever-Lovin' Thing in mortal combat against the ever-angry Hulk and in league with the ever-courageous Champions! And if you thought the Orb was finis, think again as Marvel's deadliest eyeball returns to extract another pound of Ghost Rider flesh! Plus: With Karen Page having joined Ghost Rider's cast, Daredevil makes the scene in a crossover classic drawn by John Byrne! Collecting GHOST RIDER (1973) #6-20, MARVEL TWO-IN-ONE (1974) #8 and DAREDEVIL (1964) #138.