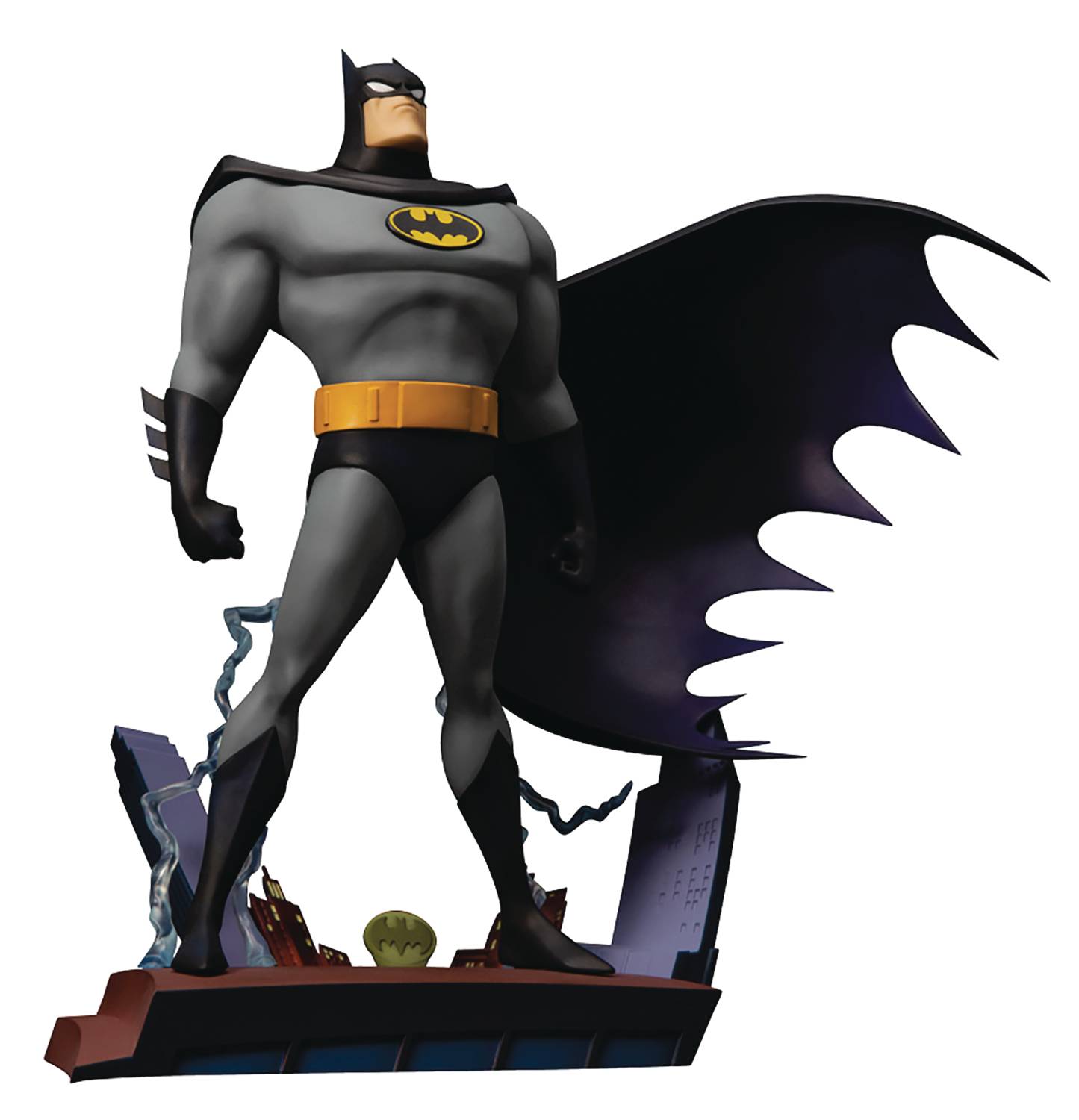 #
APR198607
From Kotobukiya. In honor of the 80th anniversary of Batman, the animated version of the timeless hero is coming back to the ARTFX+ series for the first time in three years! The statue's design is based on the iconic title sequence of the series, when the Dark Knight appears on a rooftop in Gotham City with a bold flash of lightning. The vignette style base resembles the skyline of Gotham City, with a sculpted Bat Signal shining against the nighttime scenery and three dimensional electricity effect parts that give the statue an atmospheric appearance. Even to this day, the Batman stands at the ready to take down the evil that lurks in the darkness!