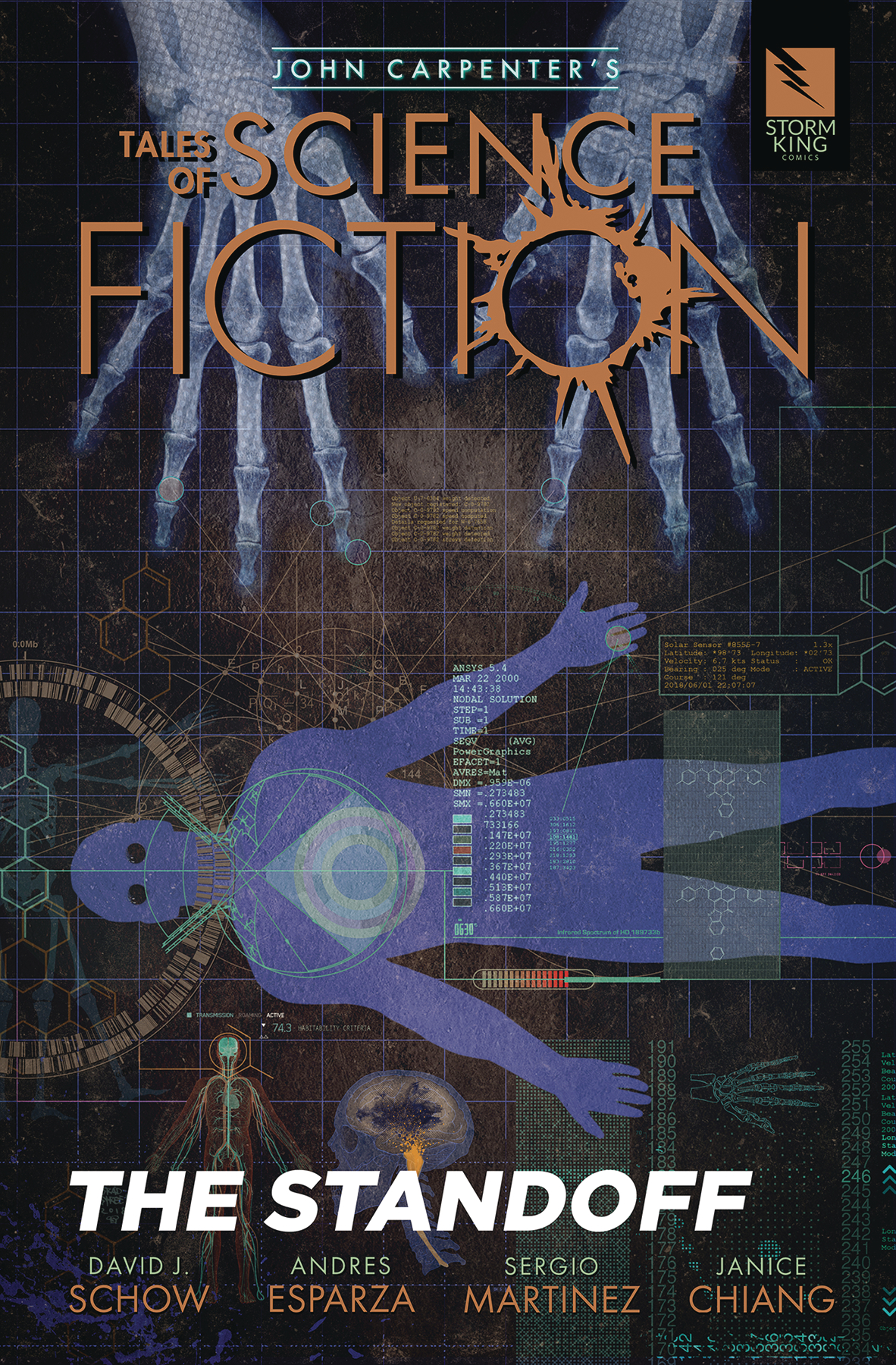 APR191951
(W) David Schow (A) Andres Esparza (CA) Tim Bradstreet
At Tattersall Prison, a max-lock for the baddest of the bad, sleepless nights are the norm... until a fireball from the sky turns the night shift into a nightmare - trapping guards and cons on the inside, cops on the outside, and escapees in-between... all of them threatened by a hideous alien invader which needs nice, warm human bodies in which to incubate. From the outside, it looks like a replay of Waco, but from the inside, it's more like Dante's first draft of the Inferno. Psychotic Fraiser Bonner leads an army of convicts with a grudge against lead guard Wayne Jessup, whose crew is marooned inside with no means of exit. Black ops spook Elaine Farris tries to call the shots as captive guards get executed by Bonner. Farris dreads the moment she will have to call in her "expert," Conrad Gant, whose life she destroyed six years earlier. Why? Because Gant knows about the alien interlopers, who use the human form as a chrysalis and shed the envelope of flesh to produce Earth-compatible conquerors... and Gant was hounded into silence by Elaine and her fixers. Now the clock is ticking and there's an invasion to be stopped, as minute by minute, guards perish and alien numbers grow stronger, with the aim of spilling out of the prison cordon and into the rest of the world. It's a hostage situation. It's a battle between species. It's Earth's most serious Standoff.

The Standoff is the third entry in John Carpenter's Tales of Science Fiction, created especially for Storm King's John Carpenter and Sandy King by David J. Schow with the cinematic art team behind VAULT, Andres Esparza and Sergio Martinez. All five issues are collected here to offer a chapter play that's half suspense thriller, and half science fiction fever dream. Whose side would you take? It's time to lock and load for The Standoff... and watch out for those nasty, flying alien bugs every step of the way.
In Shops: Jun 19, 2019
SRP: $19.99