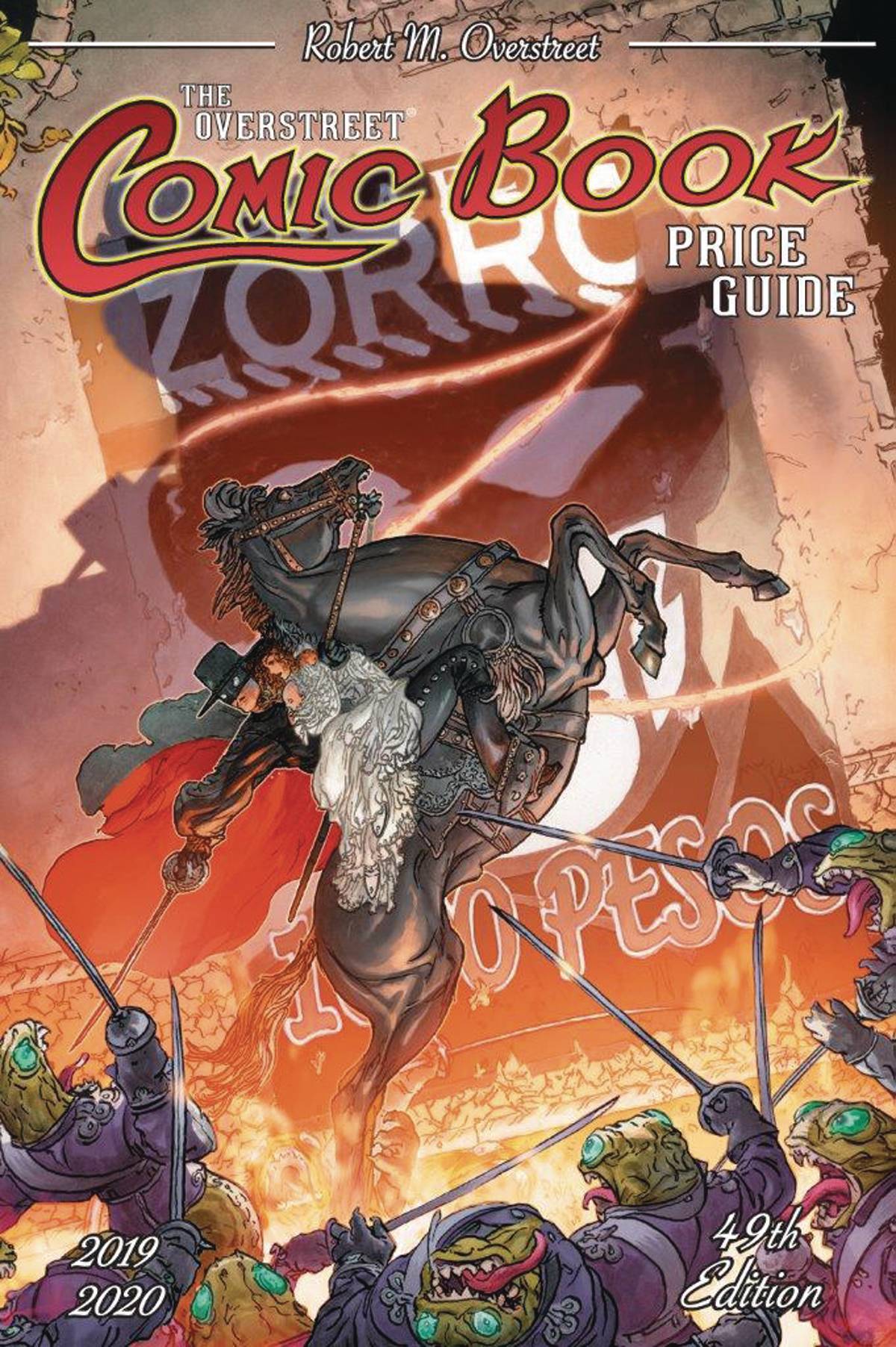 #
APR191762
(W) Robert M. Overstreet (CA) Michael William Kaluta
Batman's 80th anniversary, Zorro's 100th anniversary from Toth the McGregor, and a remembrance of Stan Lee are included in the highlights of The Overstreet Comic Book Price Guide #49 as the Bible of serious comic book collectors, dealers and historians returns with its newest edition! The Guide has been your source for new prices, new feature articles, new additions to the Overstreet Hall of Fame, new market reports and more. Cover by Tony Daniel features The Joker, Catwoman, The Riddler, Poison Ivy and The Penguin, some of Batman's deadliest foes. Firefly cover featuring Mal, Zoe, and Jayne by Diego Galindo and Hall of Fame Zorro cover by Michael Kaluta
In Shops: Jul 17, 2019
SRP: $35.00
View All Items In This Series
ORDER SUBSCRIBE WISH LIST