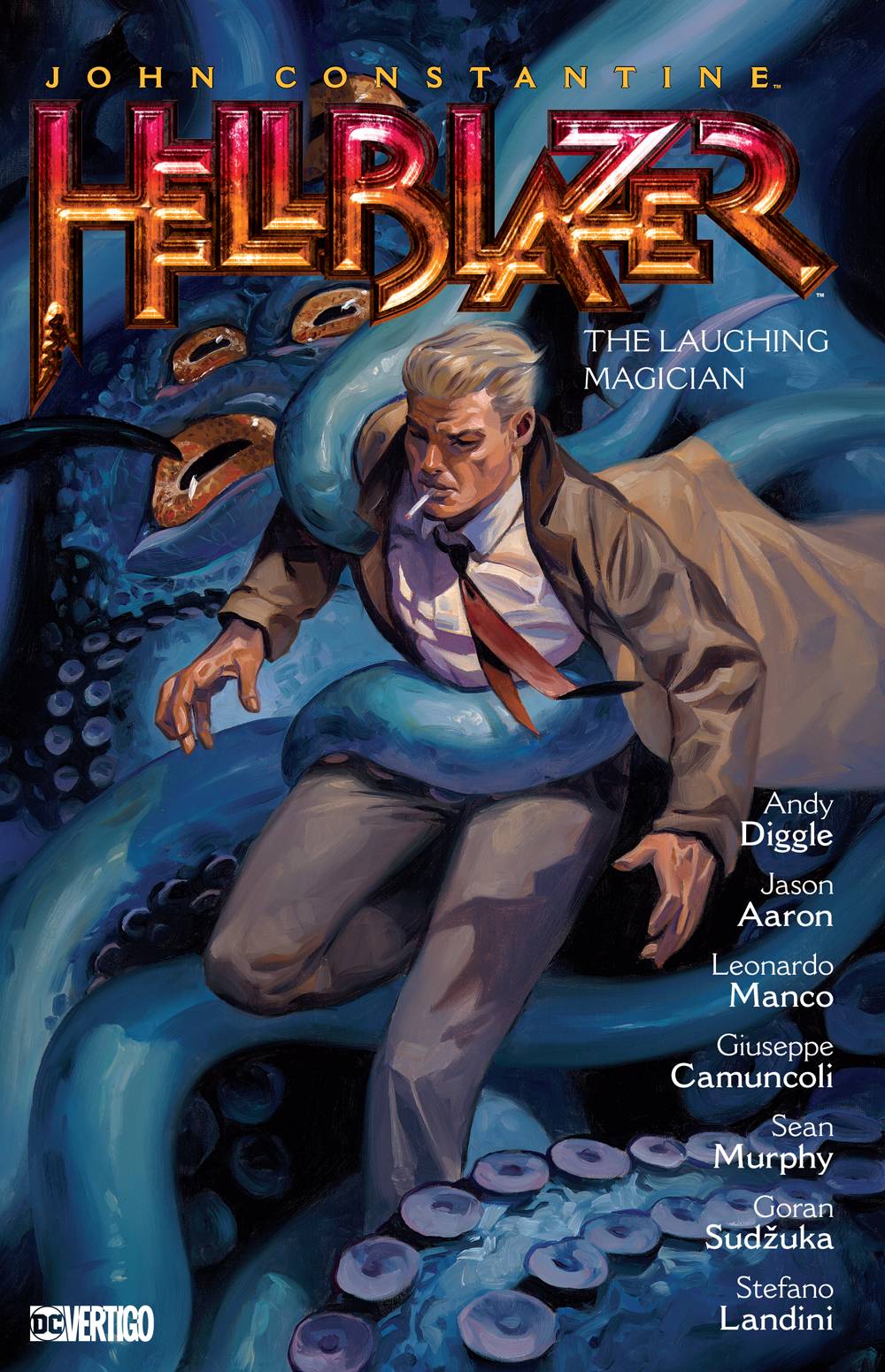 #
APR190547
(W) Andy Diggle, Jason Aaron (A) Leonardo Manco, Giuseppe Camuncoli, Stefano Landini, Sean Murphy, Goran Sudzuka (CA) Kai Carpenter
In these stories from HELLBLAZER #239-249, when the war-mage Mako carves a bloody swath through London's occult underworld, John Constantine tries to rally his former allies, despite all the bridges he's burned... Plus, when something goes horribly wrong in a secret room in the Vatican, a priest is forced to turn to Constantine for help. And in a story from HELLBLAZER SPECIAL: LADY CONSTANTINE #1-4, Johanna Constantine, 18th-century ancestor of Hellblazer, lands a job that promises a future of wealth and entitlement-and almost certain death and damnation in the frozen North Sea!
In Shops: Jul 24, 2019
SRP: $24.99
View All Items In This Series
ORDER SUBSCRIBE WISH LIST