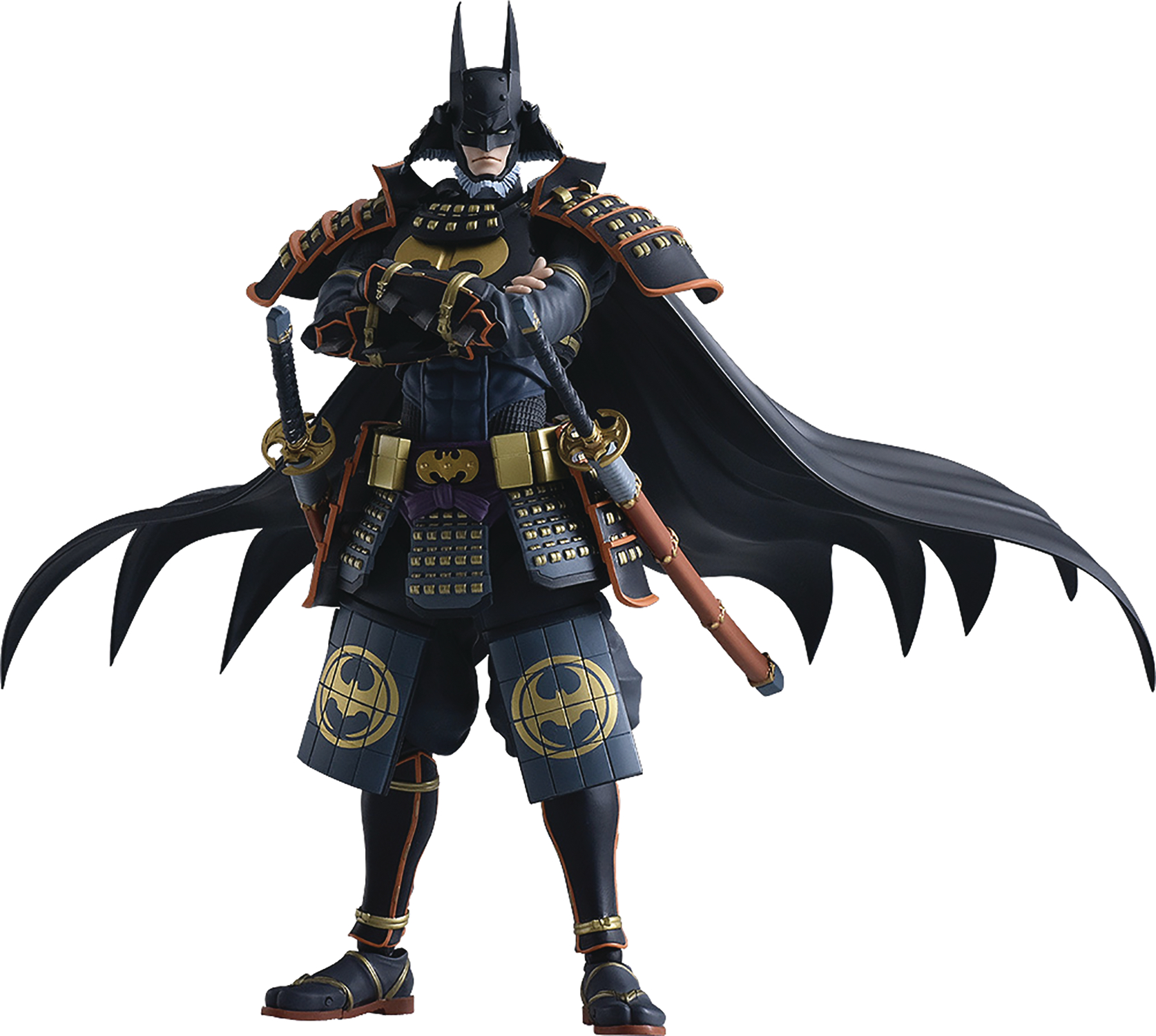 APR188067
From Good Smile Company. From the anime film Batman Ninja comes a figma of Batman Ninja himself! The smooth yet posable figma joints allow you to act out a variety of action scenes. A flexible plastic is used in specific areas, allowing proportions to be kept without compromising posability. His cape is made from fabric features bendable parts allowing for various situations. He comes with two face plates including a glaring expression and a powerful shouting expression. Optional parts include two swords, a bat kunai and throwing effect parts for the bat kunai. The DX Sengoku Edition also includes the armor parts to recreate Sengoku Batman as well as crossed arm parts. An articulated figma stand is included to facilitate various poses.