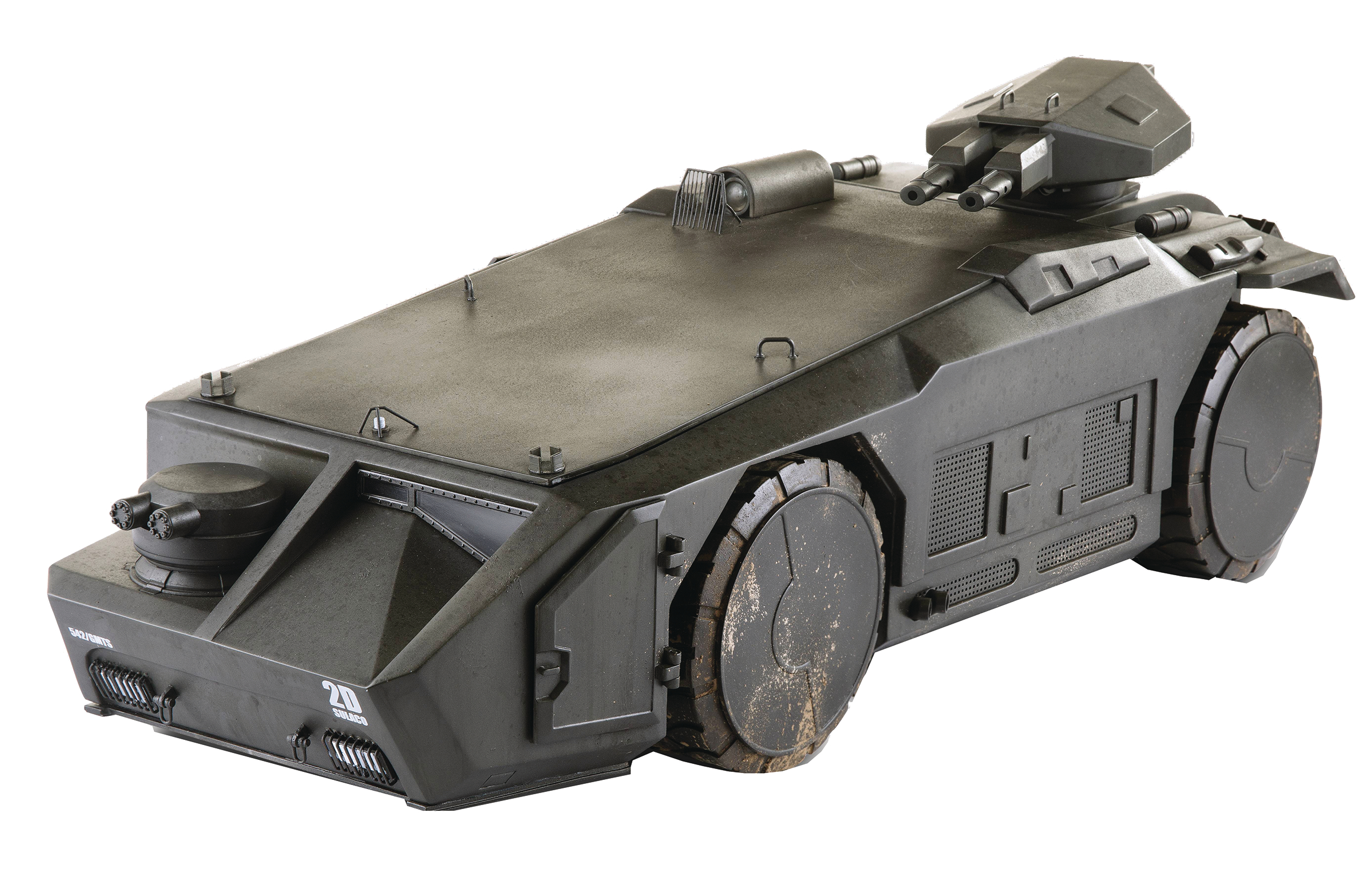 APR182281
A PREVIEWS Exclusive! HiyaToys brings fans of James Cameron's Aliens a stunning recreation of the M577 Armored Personal Carrier utilized by the Colonial Marines in the 21st Century Fox movie. The APC is part of the 1:18-scale Exquisite Mini series and is developed by the top design team at HiyaToys. The APC was taken by the Colonial Marines into the colony of Hadley's Hope after its release from the Sulaco dropship, and after the shocking encounter with the Xenomorphs inside the compound, the APC became a safe retreat zone for the decimated Colonial Marines. HiyaToys focuses on details in design and fabrication which reflects scenes in the movie. Made of PVC and ABS with LED lights and electronic components, the APC can be opened in multiple locations, can seat 10 to 12 1/18-scale figures, and comes with 1 Marine as an accessory.
In Shops: May 01, 2019
SRP: $299.00