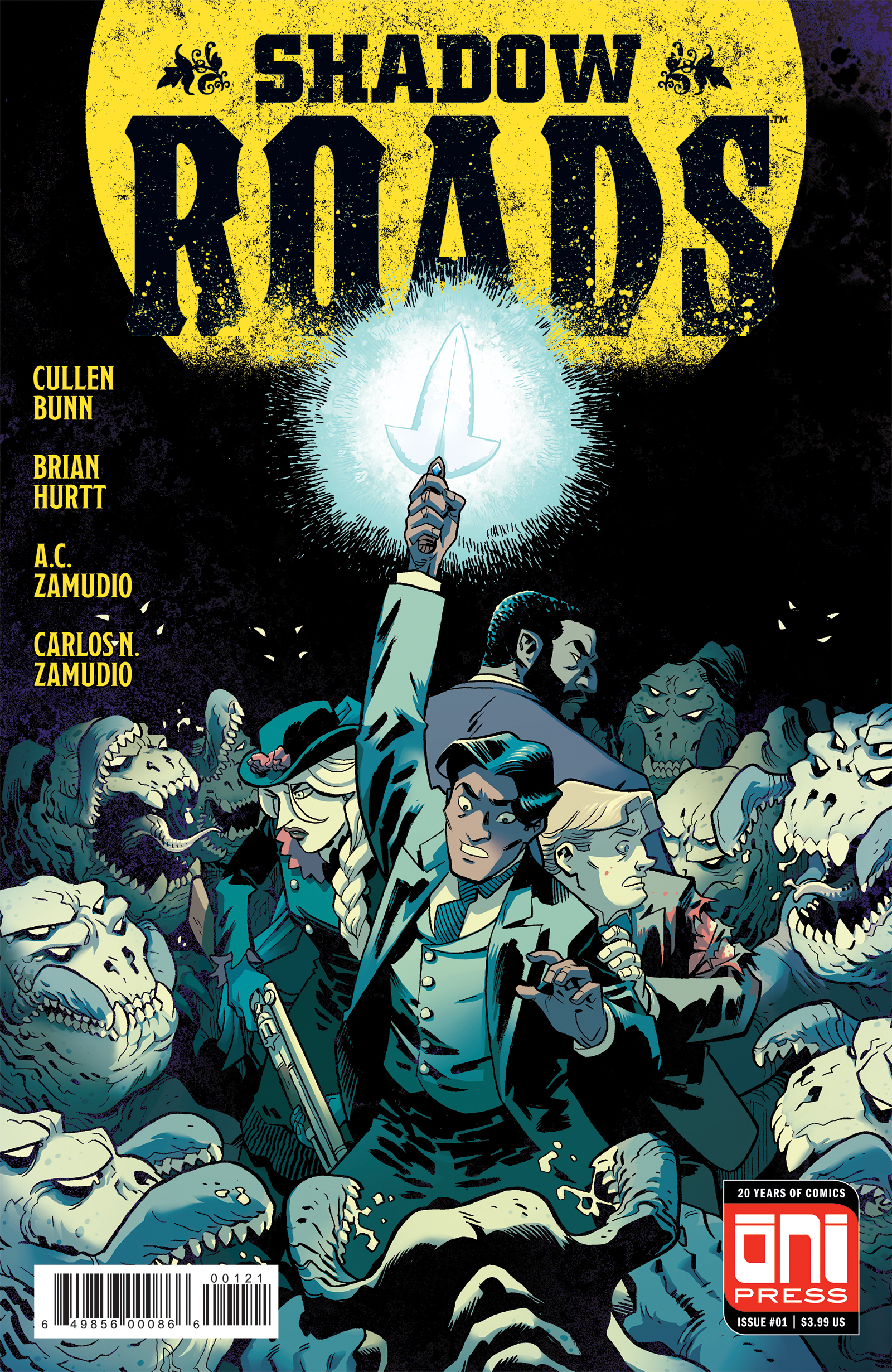 APR181667
(W) Cullen Bunn, Brian Hurtt (A) A.C. Zamudio (CA) Brian Hurtt (A/CA) Carlos Zamudio
The world is thinnest at The Crossroads, a mythical plane that serves as a doorway throughout the universe. It is here that a band of adventurers throughout the Wild West gather, brought together by Gord Cantrell and Abigail Redmayne with a singular purpose: to fight back against the creatures that would endanger the sanctity of all creation.

SHADOW ROADS is the set in the world that remains after the conclusion of Cullen Bunn, Brian Hurtt and Bill Crabtree's critically-acclaimed series, The Sixth Gun.
In Shops: Jun 27, 2018
SRP: $3.99
View All Items In This Series
ORDER SUBSCRIBE WISH LIST