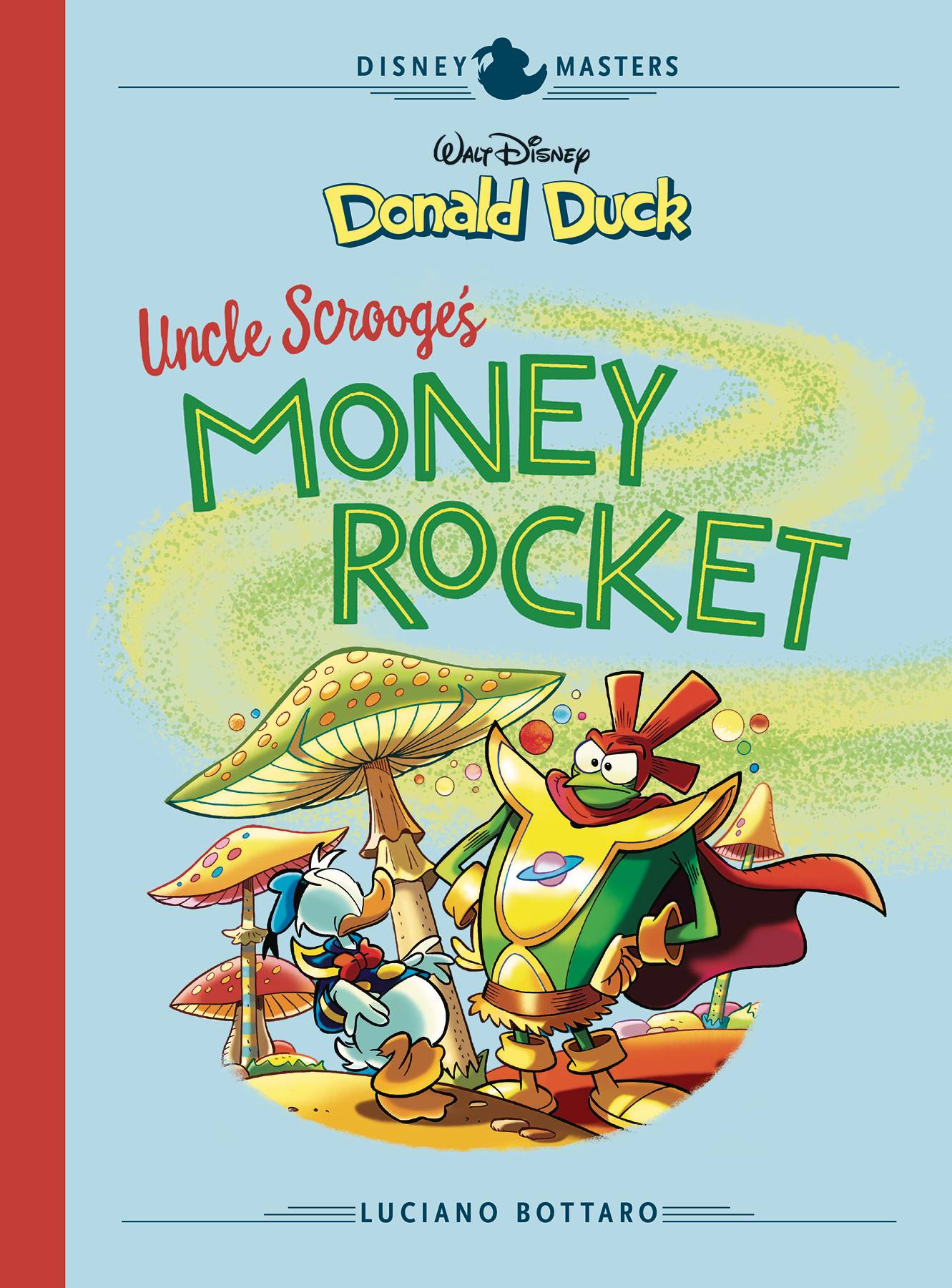 #
APR181557
(W) Carlo Chendi, Luciano Bottaro (A/CA) Luciano Bottaro
Our second entry in the new Disney Masters series spotlights one of the all-time great Disney Duck artists, Luciano Bottaro! When Scrooge rockets his money to the moon to save it from the greedy Beagle Boys, Donald Duck accidentally stows away - and gets stranded on an asteroid! With Rebo, Warlord King of Saturn, suddenly in the picture, can Donald rescue himself and rescue Scrooge's fortune?
Italian comics maestro Luciano Bottaro (1931-2005), building on the Carl Barks tradition, spun wild, thrilling, and near-psychedelic Duckburg tales for decades! Now Fantagraphics brings Bottaro's best Disney works to the English-speaking world - starting with Rebo, Bottaro's great sci-bad guy!
After Rebo's first feature-length battle with Donald and Scrooge in "Uncle Scrooge's Money Rocket," the avaricious alien is back from outer space in "Rebo Reducks," this volume's second cosmic epic. Then Bottaro pits Scrooge against Carl Barks's beloved Witch Hazel in "TV Trickery!" is is the second of our new Disney Masters series, spotlighting one of Disney's most beloved Italian cartoonists!
In Shops: Jun 06, 2018
SRP: $29.99
View All Items In This Series
ORDER SUBSCRIBE WISH LIST