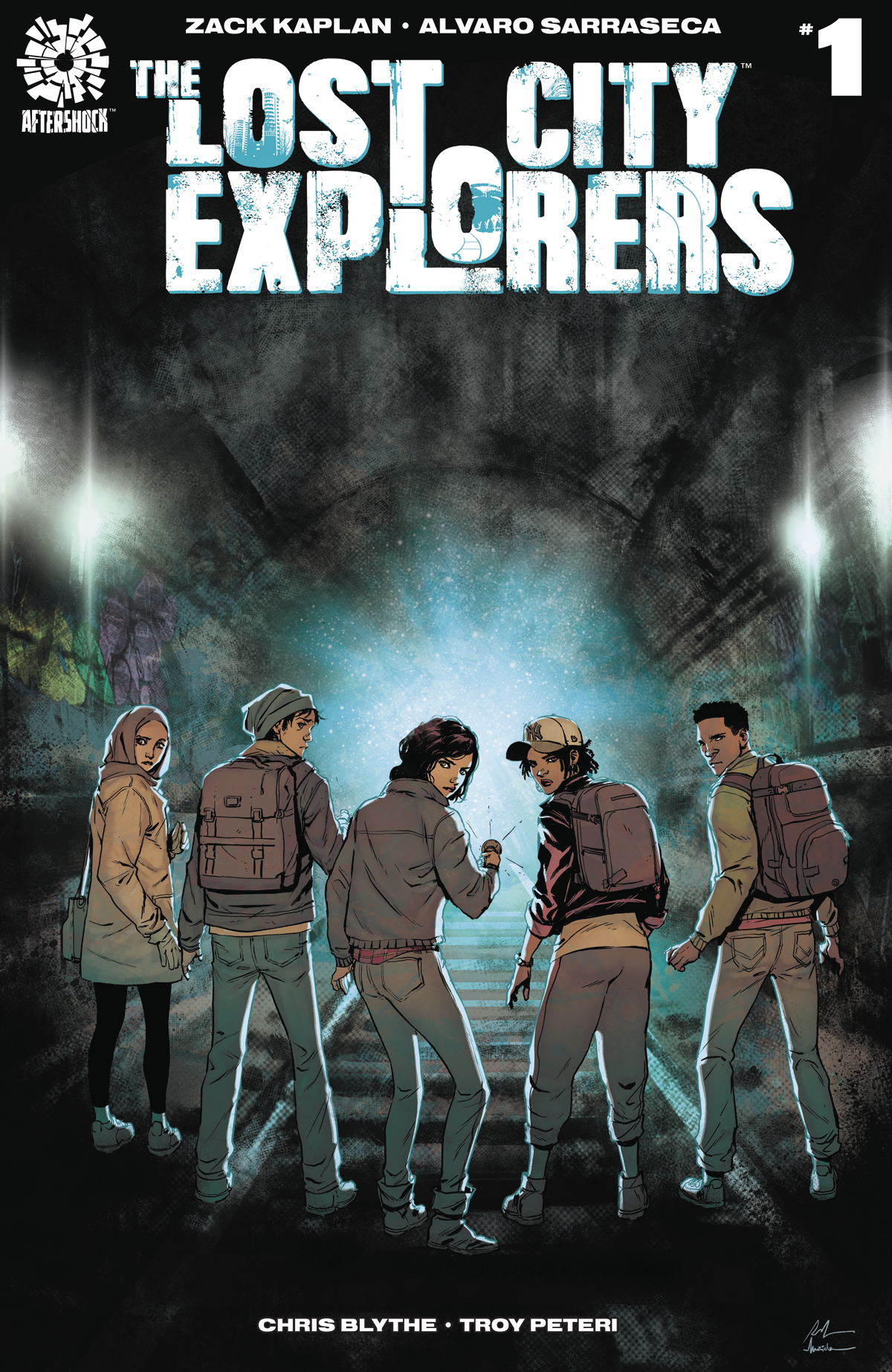 APR181229
(W) Zack Kaplan (A) Alvaro Sarreseca (CA) Rafael La Torre
Lost cities aren't just the stuff of myths. They exist hidden right under our noses. But when a mysterious expedition is disrupted by supernatural activity, and an antiquities professor goes missing, his teenage daughter and her friends must become underground urban explorers, follow his tracks on a coming-of-age journey through subterranean tunnels, and ultimately find the holy grail of lost city: Atlantis buried right under New York City!