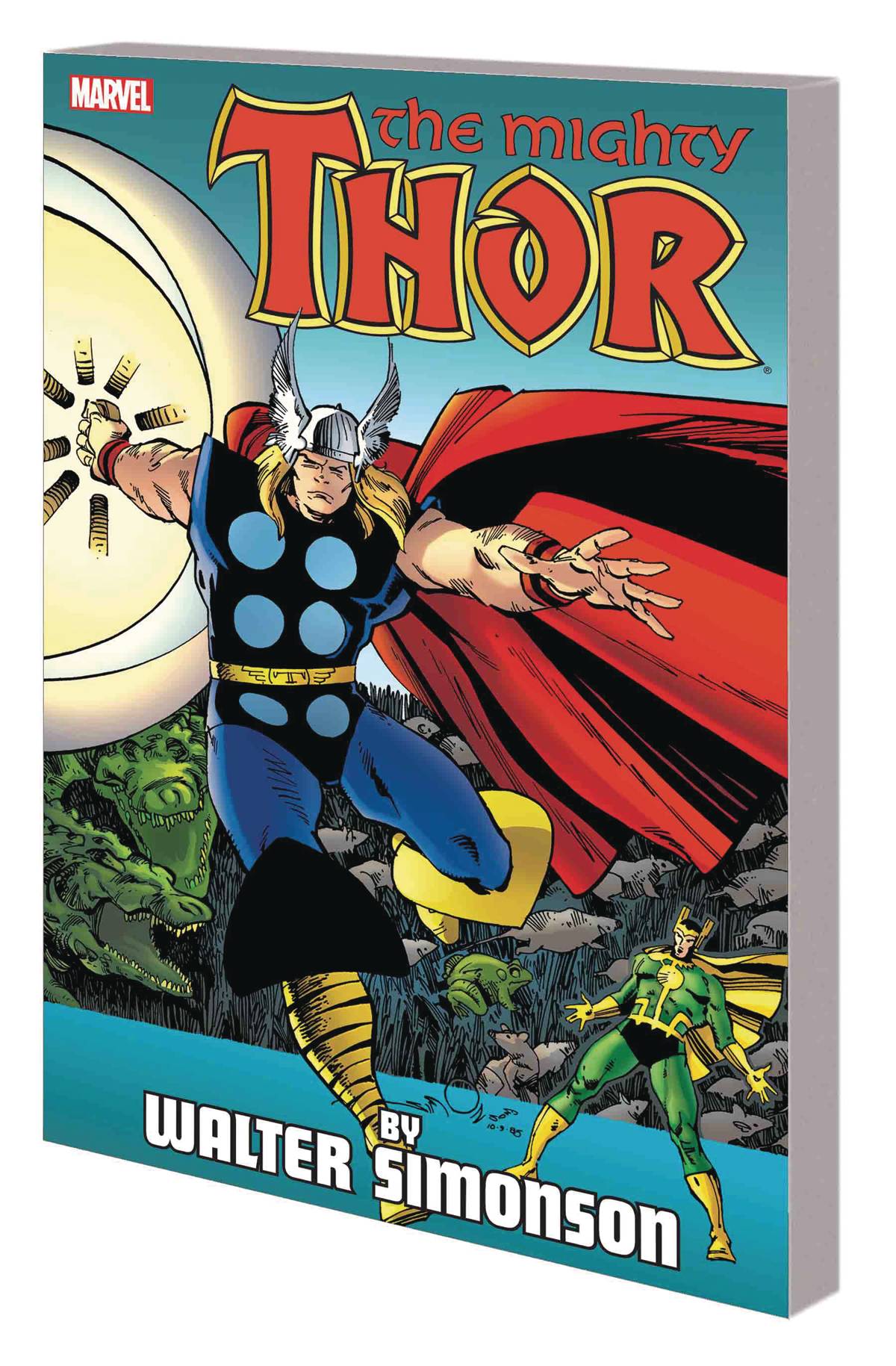 #
APR180878
(W) Walter Simonson (A) Sal Buscema (A/CA) Walter Simonson
Few people have ever left their mark on one character quite the way Walter Simonson has. His work on the Mighty Thor swept the Norse God of Thunder to heights never before seen and rarely achieved in his wake. Spanning epic tales of heroism and treachery, love and war, Simonson's work is often considered the definitive Thor. From the majesty and mystery of fabled Asgard to the gritty streets of New York City, Thor was never the same. That is the mark of a true visionary. This fourth volume continues the collection of Simonson's epic run - completely remastered from the original artwork and dynamically recolored by Steve Oliff. Collecting THOR (1966) #364-369 and #371-374.
Rated T
In Shops: Jul 11, 2018
SRP: $29.99
View All Items In This Series
ORDER WISH LIST