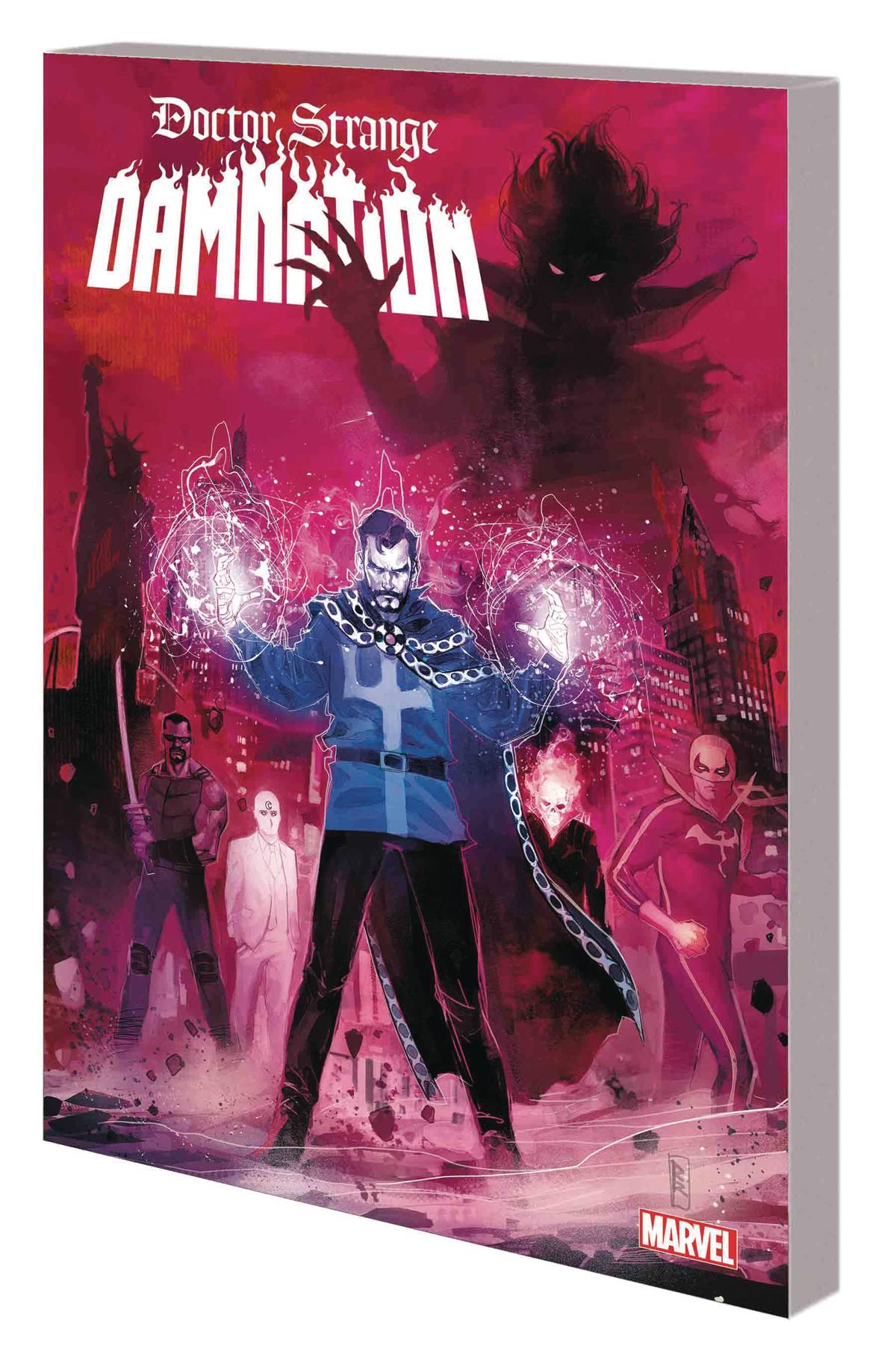 #
APR180860
(W) Donny Cates, Nick Spencer, Christopher Sebela, Various (A) Szymon Kudranski, Phil Noto, Various (A/CA) Rod Reis
The city of sin meets its biggest sinner yet. When Doctor Strange raises up Las Vegas from its destruction during SECRET EMPIRE, he inadvertently opens a door for the embodiment of evil: Mephisto! When the Lord of Hell claims the gambler's paradise for himself and sets his sights on the rest of the world, it will take a diverse group of heroes to beat the devil at his own game. Wong's makeshift band of Midnight Sons - Iron Fist, Blade, Moon Knight and Scarlet Spider - must face down a whole platoon of Ghost Riders...but where does Johnny Blaze stand? DAMNATION transforms the life of Doctor Strange - and the magical landscape of the Marvel Universe! Collecting DOCTOR STRANGE: DAMNATION #1-4, DAMNATION: JOHNNY BLAZE - GHOST RIDER #1, DOCTOR STRANGE (2015) #386-389, IRON FIST (2017) #78-80 and BEN REILLY: SCARLET SPIDER #15-17.
Rated T+
In Shops: Jul 04, 2018
SRP: $34.99
ORDER WISH LIST