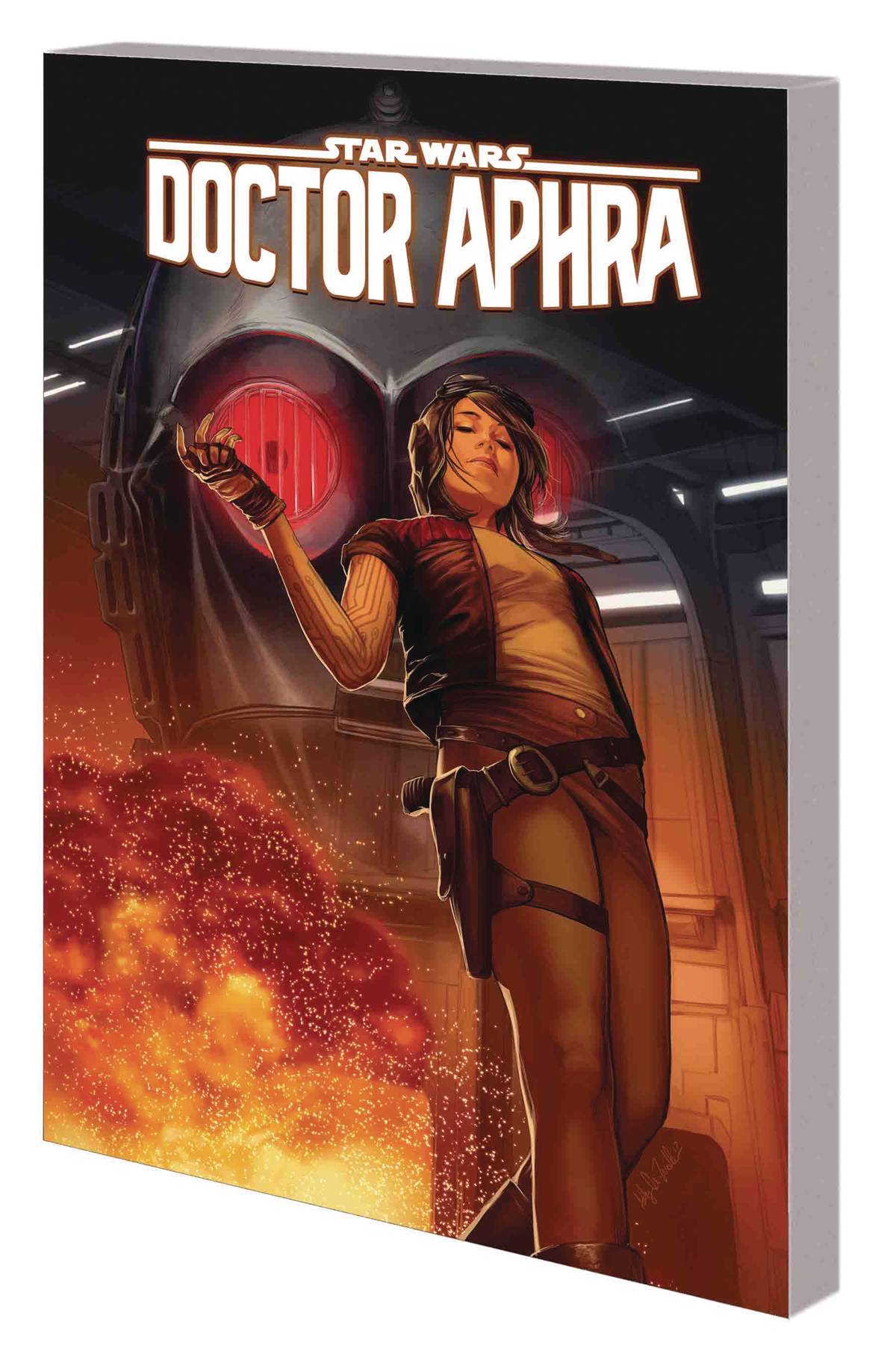 #
APR180857
(W) Kieron Gillen, Si Spurrier (A) Emilio Laiso (CA) Ashley Witter
Rogue archaeologist Doctor Aphra jumps to lightspeed and accelerates into the next chapter of her life! The not-so-good Doc is being blackmailed by evil droid mastermind Triple-Zero to run missions for his underground crime syndicate - but that doesn't mean she can't cause trouble and have fun along the way! Her latest assignment? Infiltrating a secret Rebellion training center run by General Hera Syndulla. Aphra is used to being in way over her head, but this time she's not alone! Who else is caught up in her latest misadventure? Let's hope they're friendly - otherwise Aphra may have finally bitten off more than she can chew! Hunted by both Hera of the Rebellion and Tolvan of the Empire, Aphra's got a lot on her mind - but she's always got a few tricks up her electro-sleeve! Collecting STAR WARS: DOCTOR APHRA #14-19.
Rated T
In Shops: Jul 11, 2018
SRP: $17.99
View All Items In This Series