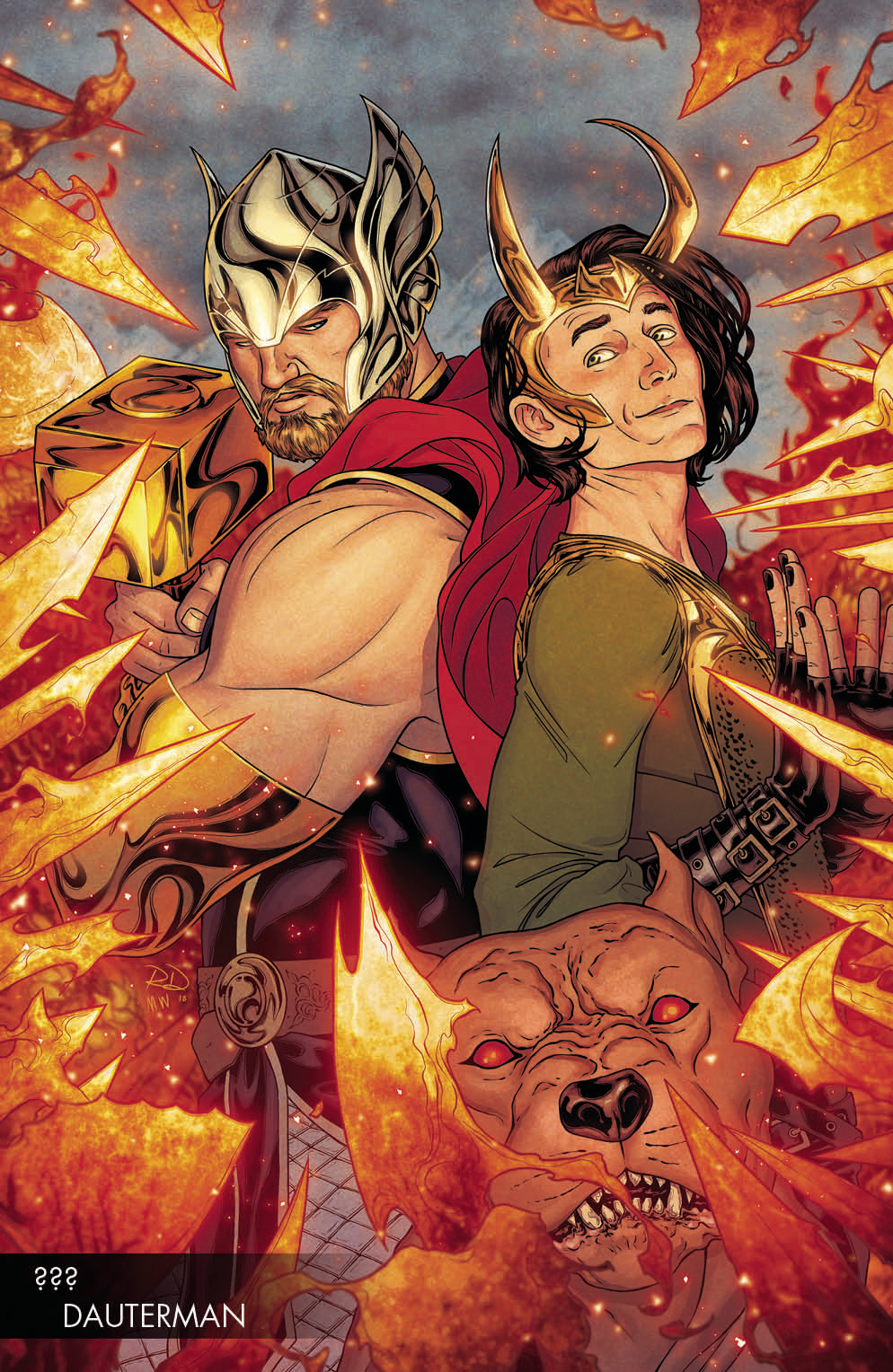 APR180659
(W) Jason Aaron (A) Michael Del Mundo (CA) Russell Dauterman
REUNION FROM HEL!
The sons of Odin ride again! In the land of the dead, Thor is reunited with his long-lost brother, Balder, the King of Hel, just in time to face the Fire Goblin armies of the Queen of Cinders, as the War of the Realms continues to burn its way across all creation. Plus Loki! Thori the Hel-hound! Skurge with a really big gun! Monster trucks! And more!
Rated T+
In Shops: Jun 27, 2018
SRP: $3.99
View All Items In This Series