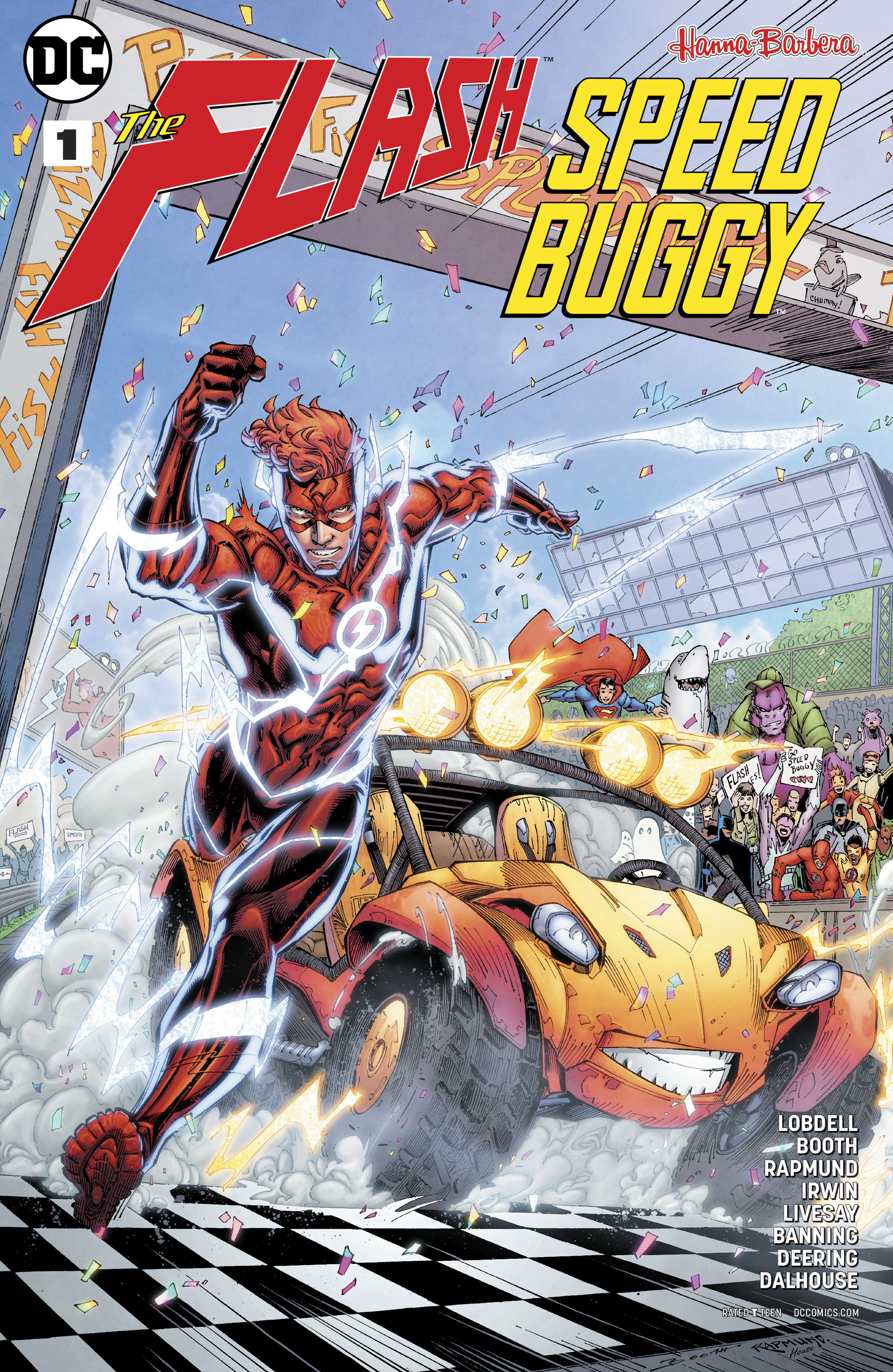 APR180160
(W) Scott Lobdell (A) Mark Irwin, Marc Deering, Matt Batt Banning, John Livesay (A/CA) Brett Booth, Norm Rapmund
When Wally West tries to take down Kilg%re, he's stunned to find he has an unknown ally who can move just as fast as he can. Dr. Pernell, a brilliant S.T.A.R. Labs scientist, has found a way to power his buggy using the Speed Force. When The Flash agrees to help test the limits of the vehicle in a race, something sends them spiraling out of the Speed Force and into the unknown. They land in a post-apocalyptic future, but Dr. Pernell is gone, leaving only the buggy, which is now sentient. Together with his new anthropomorphic ally, The Flash must find a way to repair the time stream and stop the triple threat of Savitar, Speed Demon Buggy and... Reverse Speed Buggy!
In Shops: May 30, 2018
SRP: $4.99