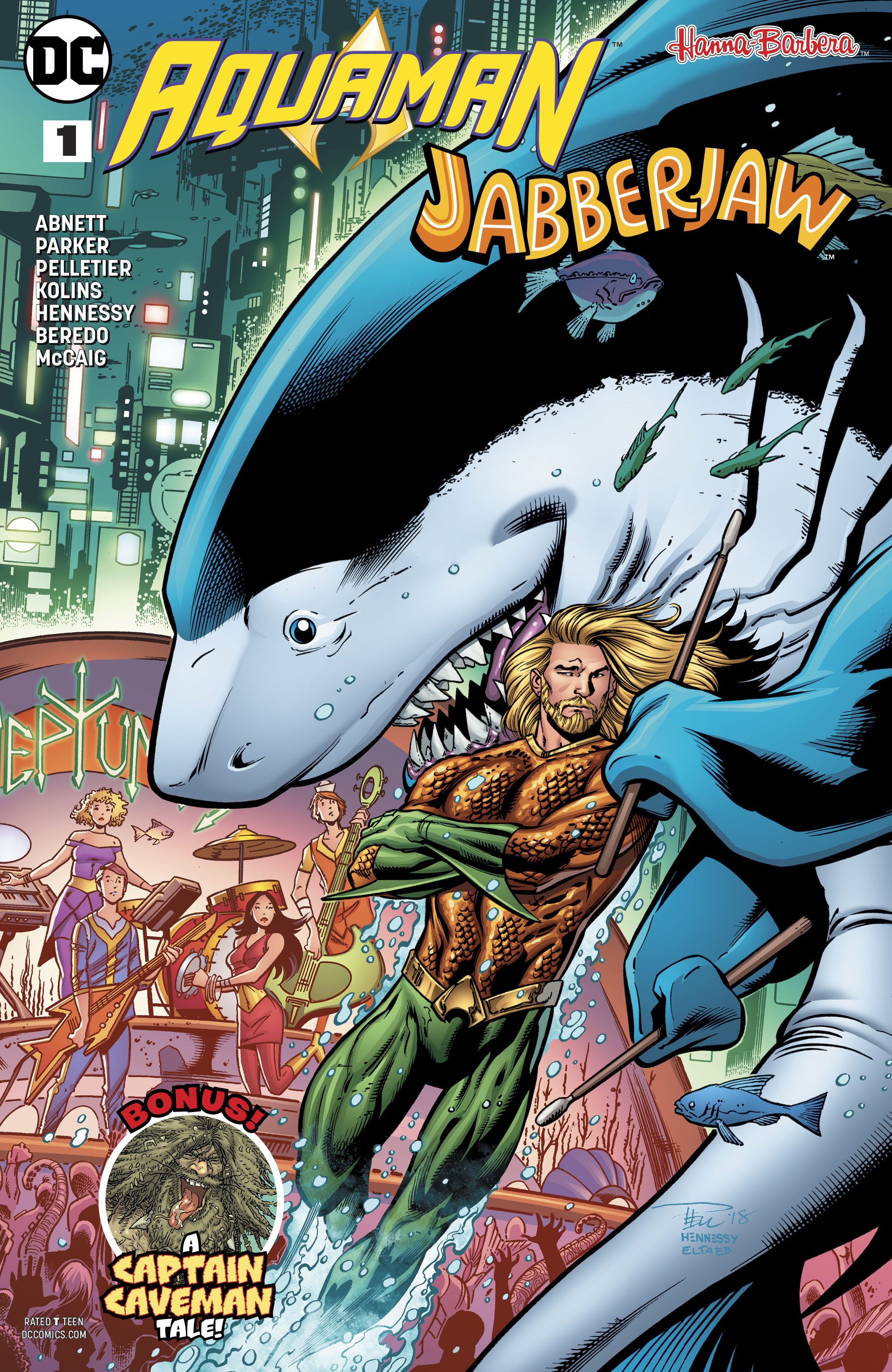 APR180156
(W) Dan Abnett, Jeff Parker (A) Scott Kolins (A/CA) Paul Pelletier, Andrew Hennessy
When the town of Amnesty Island is besieged by a series of shark attacks, authorities call Aquaman for help! What's unusual about this case is that the shark isn't trying to kill people-he just wants to talk to them. The very confused Jabberjaw needs to get back to Aqualand, the future undersea utopia where he came from. But that peaceful city where man and sentient sea life have been living in harmony has been turned into a dystopian nightmare created by a new Ocean Master. Now the King of Atlantis and his friendly shark ally have to team up to set things right. Also includes a Captain Caveman meets the wizard Shazam in a short story by Jeff Parker and Scott Kolins.
In Shops: May 30, 2018
SRP: $4.99