GAME OF THRONES CLASH OF KINGS #1 CVR A MILLER (MR) 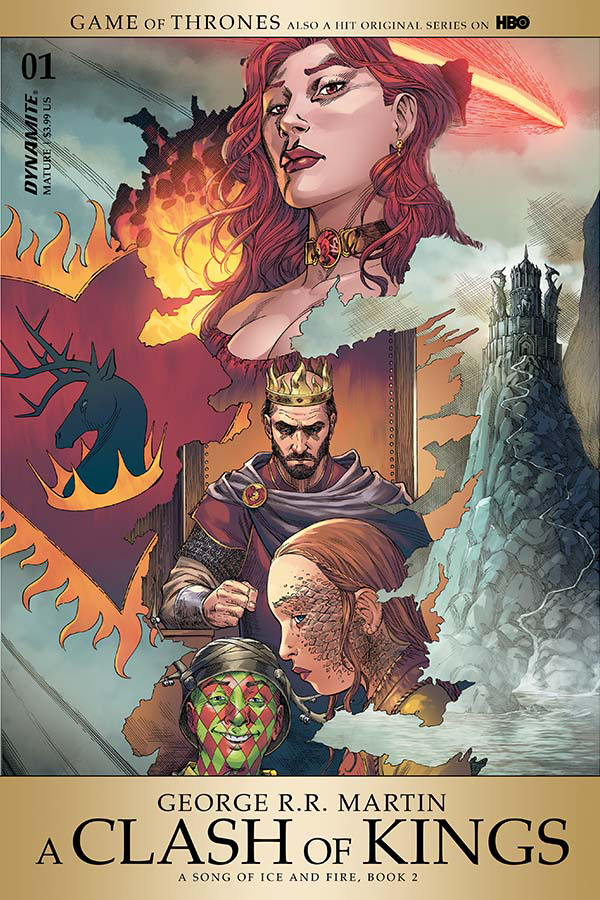 APR171535
(W) George R. R. Martin, Landry Quinn Walker (A) Mel Rubi (CA) Mike S. Miller
George R. R. Martin's A Song of Ice and Fire saga continues in the official comic book adaptation by Dynamite Entertainment! Following the events of A Game of Thrones, Westeros is embroiled in civil war, while Daenerys Targaryen -- as heir to the Targaryen dynasty, seeks to reclaim the Iron Throne. Arya, with the help of Yoren, a brother of the Night's Watch, has escaped from King's Landing, but the road to the Wall brings its own dangers. Meanwhile, Sansa attends a tournament on the sadistic King Joffrey's name-day, and Bran, in Winterfell, suffers from strange dreams of wolves...
In Shops: Jun 07, 2017
SRP: $3.99
View All Items In This Series