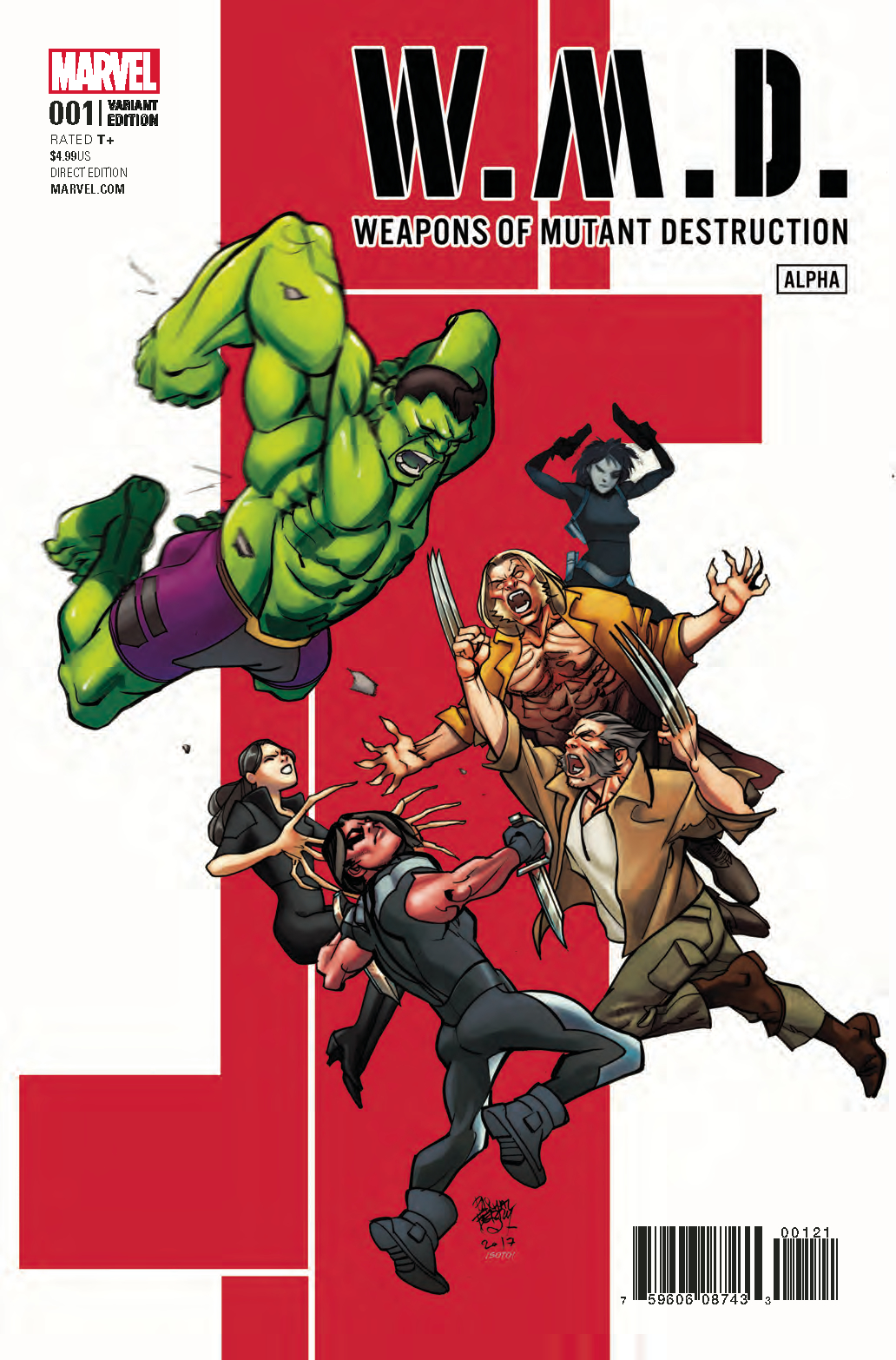 APR171077
(W) Greg Pak (A) Mahmud A. Asrar (CA) Pasqual Ferry
THE WEAPON X PROGRAM IS BACK!
For years, the Weapon X Program has engineered the deadliest mutant killers on planet Earth, until they mysteriously vanished. Now, the Weapon X program is back, and it's deadlier than ever, and it isn't to use mutants for their lethal ends. Under the leadership of its mysterious new director, Weapon X has a new mission - ERADICATE ALL MUTANTS! And they're starting their hunt with the most dangerous group of mutants on planet Earth - Old Man Logan, Sabretooth, Domino, Lady Deathstrike, Warpath and...the Hulk?!
But with an army of genetic cyborgs at their disposal, this may just be the beginning...
Rated T+
In Shops: Jun 21, 2017
SRP: $4.99
View All Items In This Series