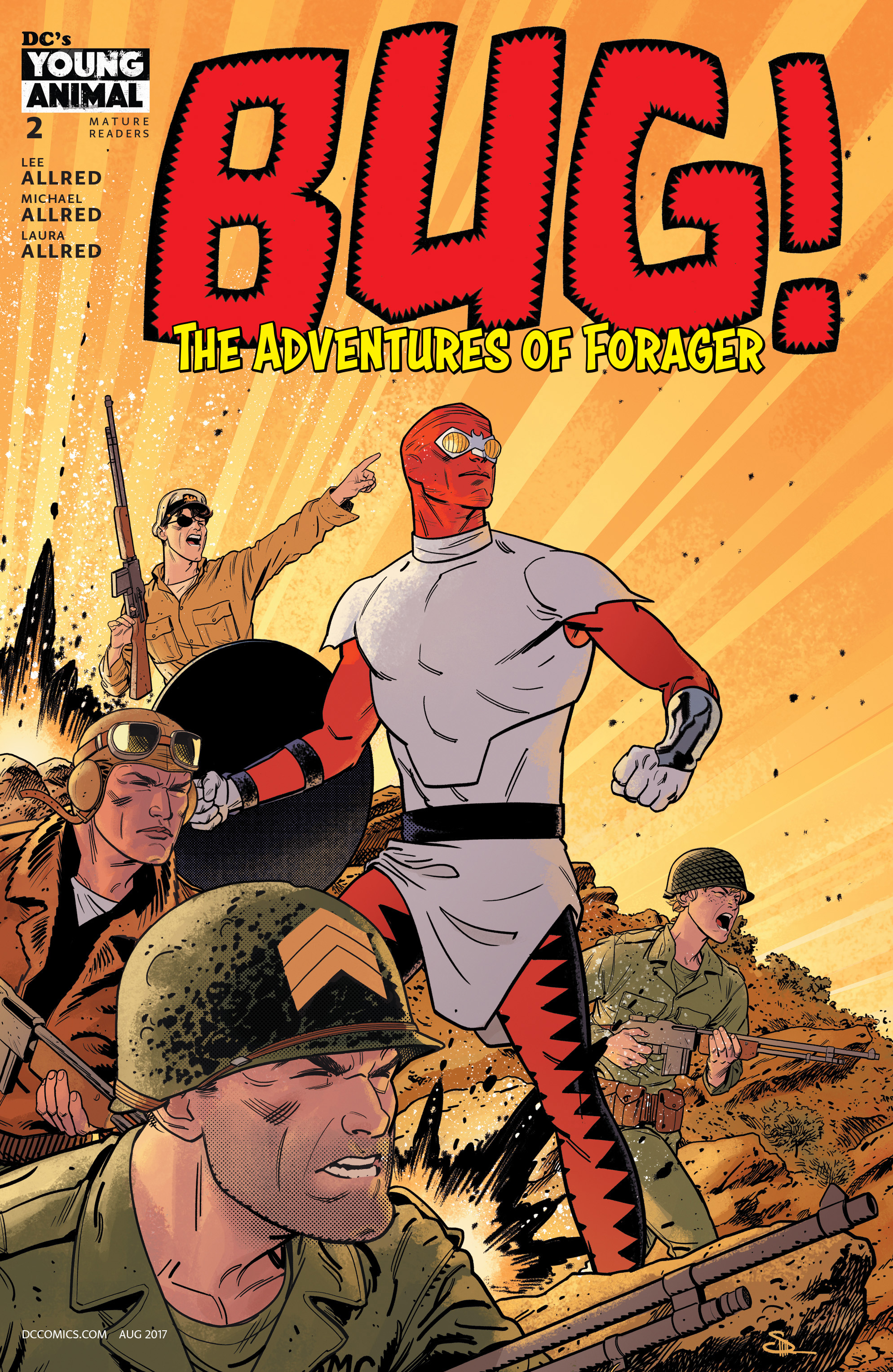 APR170400
(W) Lee Allred, James Harvey (A) Michael Allred, James Harvey (CA) Evan "Doc" Shaner
Bug's tumble through dimensions ends up taking him back in time, to the start of General Electric's mad scheme. In the remote Himalayas, the mad scientist leads his robot army in search of a precious magical metal. Sandman, Sandy, Blue Beetle and the Losers are already out in the snow looking to stop him, but only Bug knows that the fate of the multiverse hangs in the balance. Plus, we begin a new backup feature by James Harvey (Masterplasty, We Are Robin).
In Shops: Jun 14, 2017
SRP: $3.99
View All Items In This Series