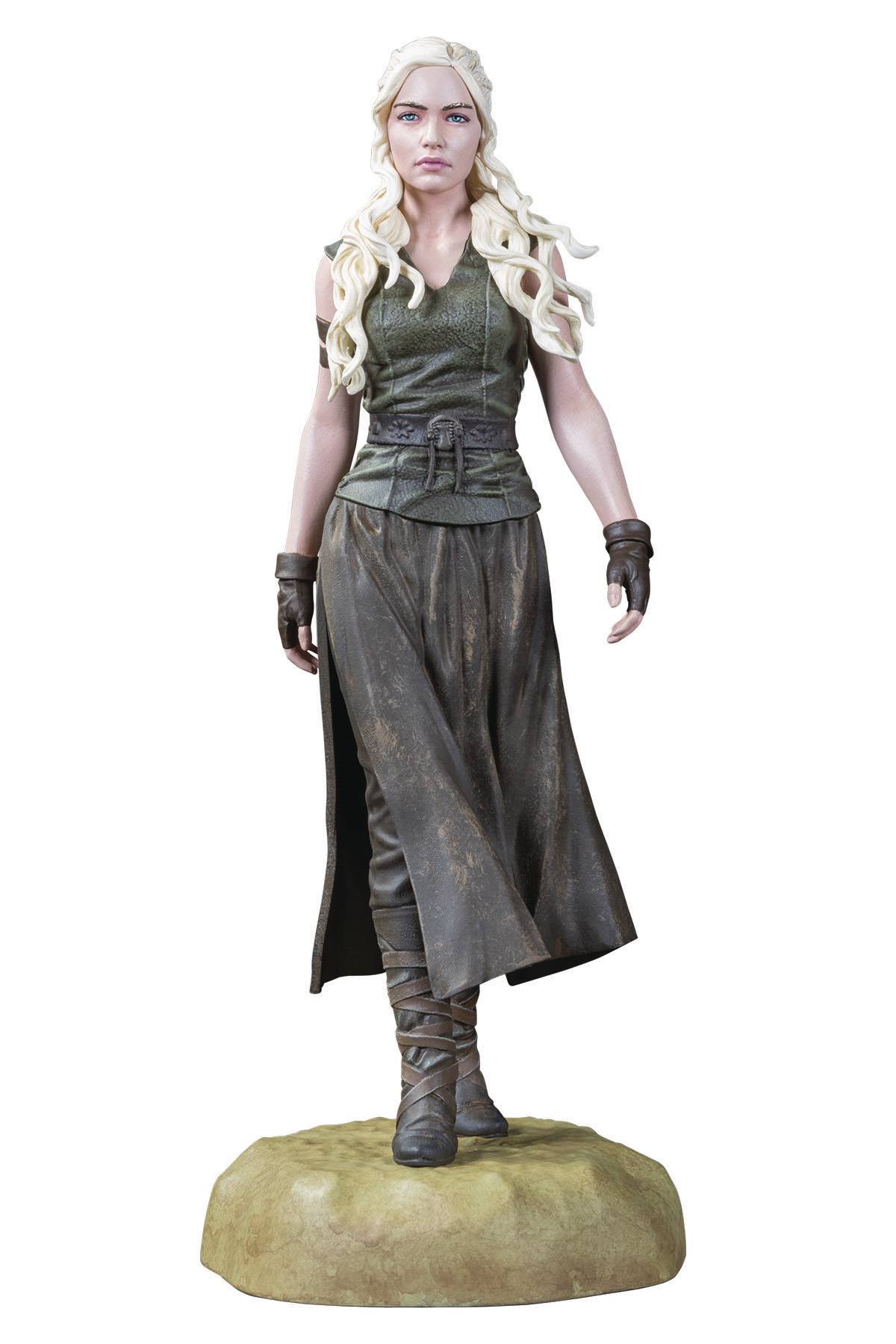 #
APR170113
Dark Horse is reinventing and relaunching its best-selling line of Game of Thrones figures. This all-new line will replace the previous versions, which will be retired as they sell out.
An exciting new sculpture of Daenerys Targaryen launches the new series, which will also feature updated, distinctive new package designs.
Slated for release at the conclusion of the eagerly anticipated new season of HBO's television adaptation, Daenerys will be a jumping-on point for new fans.
In Shops: Apr 11, 2018
SRP: $29.99
ORDER WISH LIST