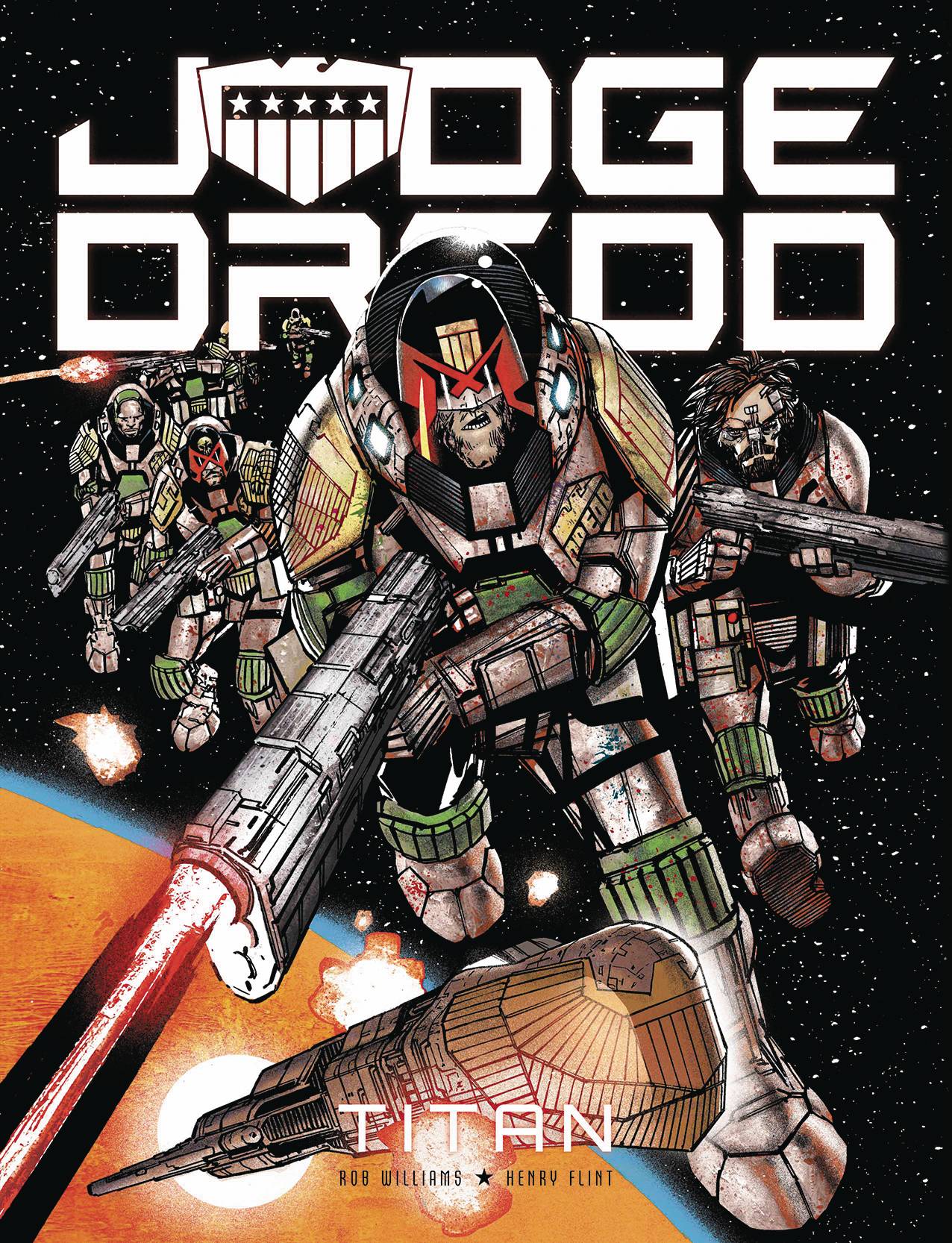 #
APR161872
(W) Rob Williams (A/CA) Henry Flint
On Saturn's distant moon Titan lies the Mega-City One penal colony for exiled ex-Judges, the most corrupt, dangerous and desperate to ever once carry the badge of office. Now the Justice Department of Mega-City One has lost contact with the Titan penal colony, a big problem considering that it houses over one thousand law-breaking ex-judges, many of which have a grudge with their old colleagues. Now Dredd, must team up with SJS Judge Gerhart, a man who holds him responsible for "Chaos Day," and battle a formidable army led by one of the most dangerous ex-undercover Judge's ever!
In Shops: Jun 15, 2016
SRP: $19.99