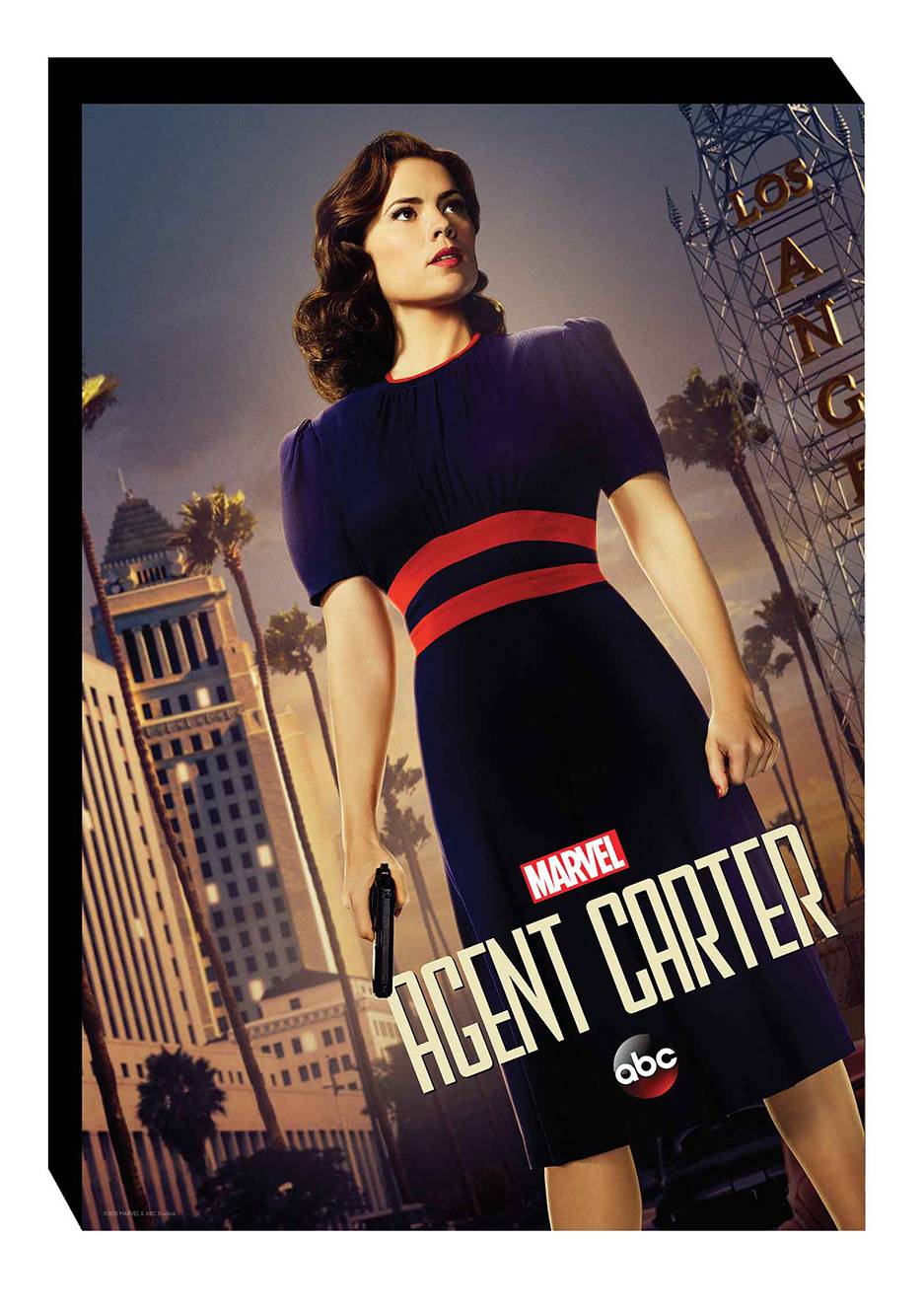 #
APR161072
(W) Daphne Miles
Marvel's Agent Carter returns for a second season of adventure and intrigue! Fan-favorite Hayley Atwell reprises the titular role of the unstoppable secret agent for the Strategic Scientific Reserve, alongside the stalwart James D'Arcy (Edwin Jarvis) and Enver Gjokaj (Chief Daniel Sousa). Dedicated to the fight against new threats in the wake of World War II, Peggy must now journey from New York City to Los Angeles for her most dangerous assignment yet. But even as she discovers new friends, a new home - and perhaps even a new love - she's about to find out that the bright lights of post-war Hollywood mask a more sinister threat. Explore Peggy's new world in this collectible volume showcasing exclusive photography, production-design details, interviews with cast and crew, and much more. Go behind the scenes to witness the evolution of the war-torn heroine beloved since her debut in Marvel's Captain America: The First Avenger!
All Ages
In Shops: Oct 05, 2016
SRP: $50.00
ORDER WISH LIST