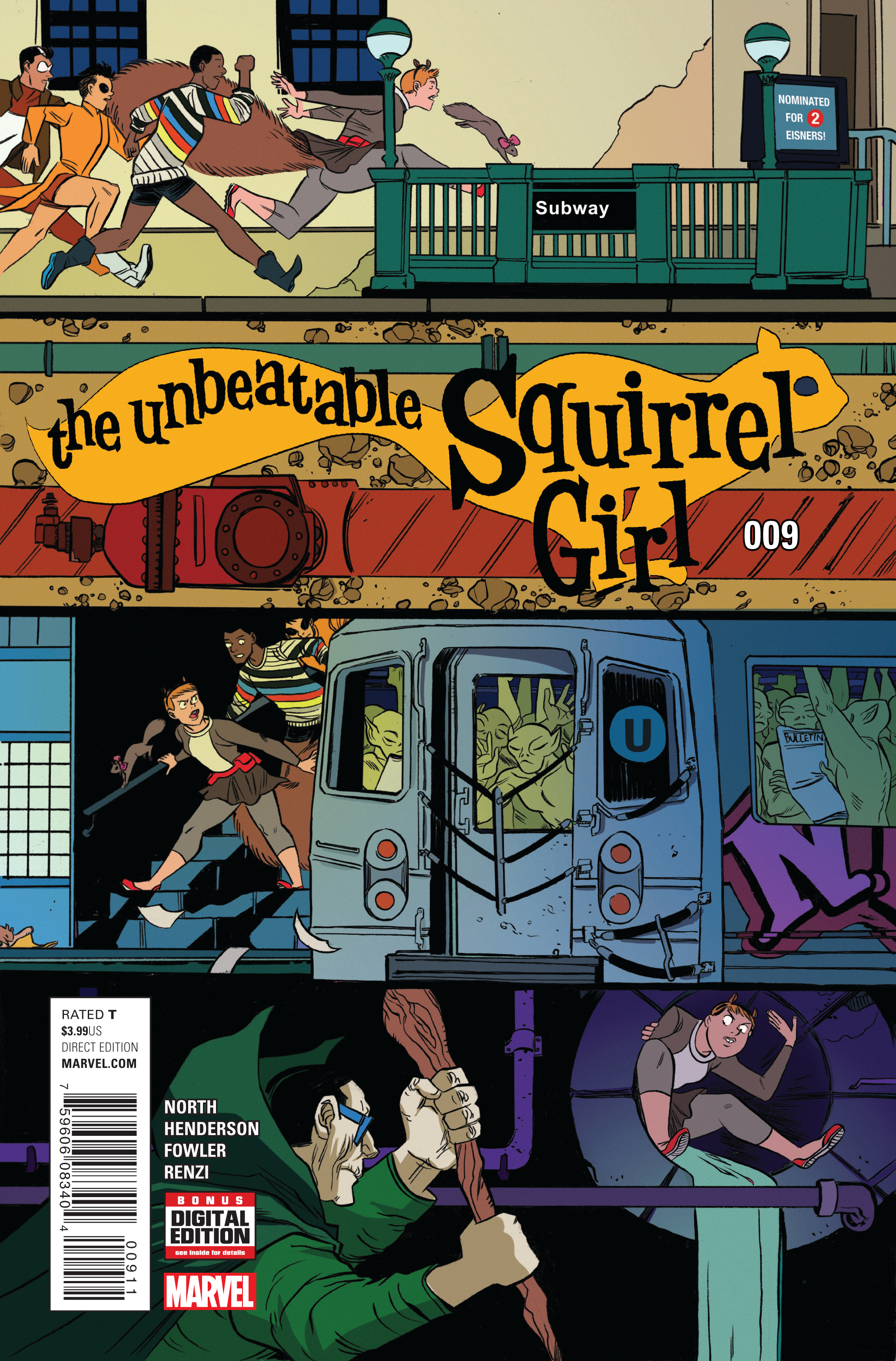 APR160984
(W) Ryan North (A) Tom Fowler (A/CA) Erica Henderson
• The comic that got TWO #1s in its first year now reaches a new milestone: its very first #9!
•  In Part 2 of "I Kissed A Squirrel And I Liked It," Squirrel Girl's date with a chump gets interrupted by MOLE MAN, who is a man who lives underground and can't see that well! Hence the name!!
•  Squirrel Girl is really good at empathizing with bad guys and talking them down, but what happens when she's TOO good at that?
•  Buy this comic to find out, because we show exactly that taking place! Spoiler alert: there's punches AND jokes.
•  Not a dream! Not an imaginary story! ONE the following three things WILL ACTUALLY OCCUR in this issue! 1) A pleasant visit to a coffee shop with friends; 2) A man with fishy powers suggests using fish to solve a problem, big surprise; 3) SQUIRREL GIRL USES HER TAIL TO KNOCK THE SMIRK RIGHT OFF A DUDE'S FACE!!
•  Haha whoa I hope it's the third one
Rated T
In Shops: Jun 29, 2016
SRP: $3.99
View All Items In This Series