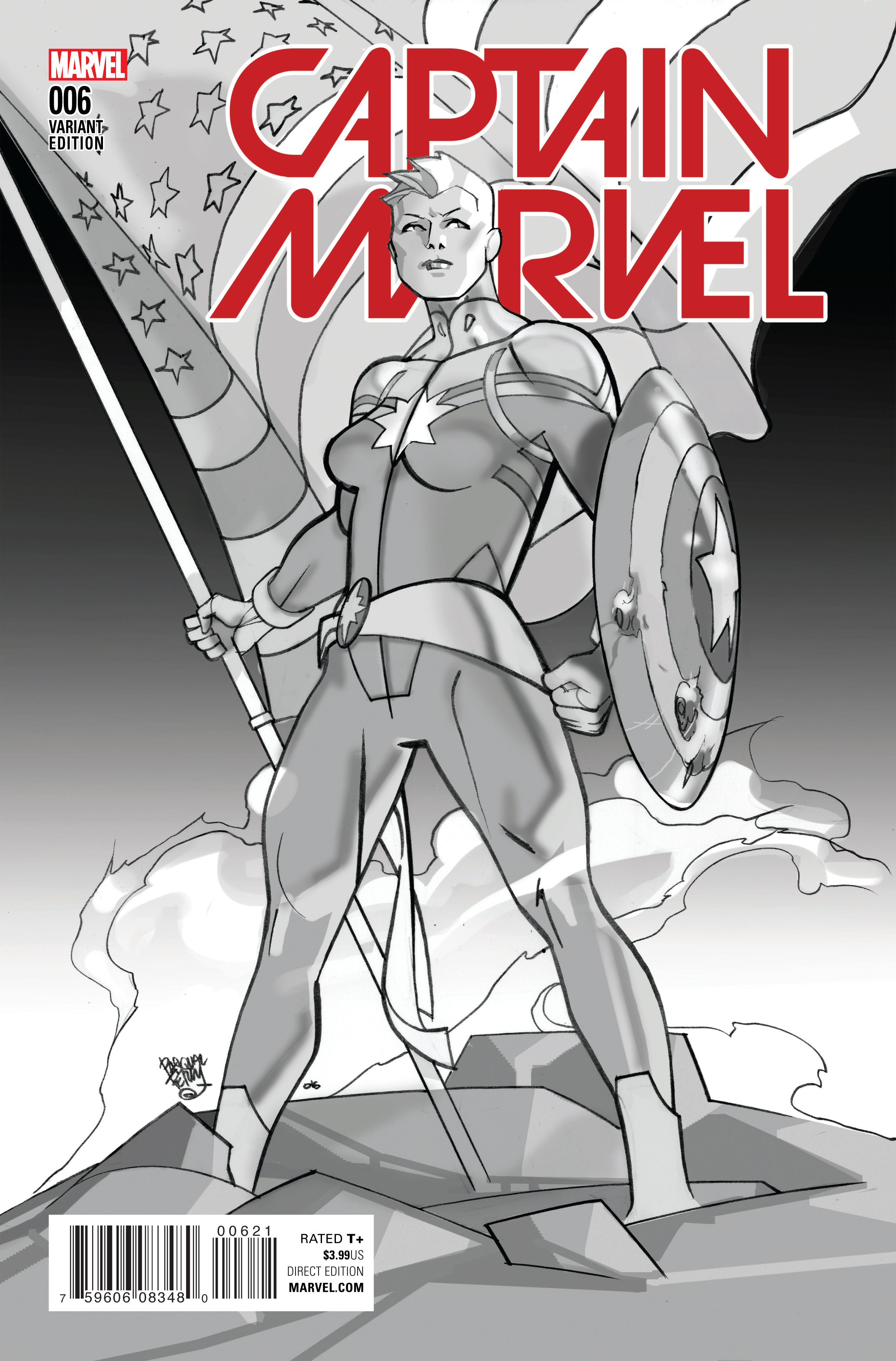 APR160893
(W) Christos Gage, Ruth Gage (A) Kris Anka (CA) Pasqual Ferry
CIVIL WAR II TIE-IN!
•  Old friends face off as enemies in an event that will change Captain Marvel's life forever.
•  As war erupts, Carol finds herself at the forefront of battle. But after tragedy hits too close to home, how far will Carol go to fight for what she believes in?
•  This is Captain Marvel at her finest. In her toughest fight yet.
Rated T+
In Shops: Jun 29, 2016
SRP: $3.99
View All Items In This Series