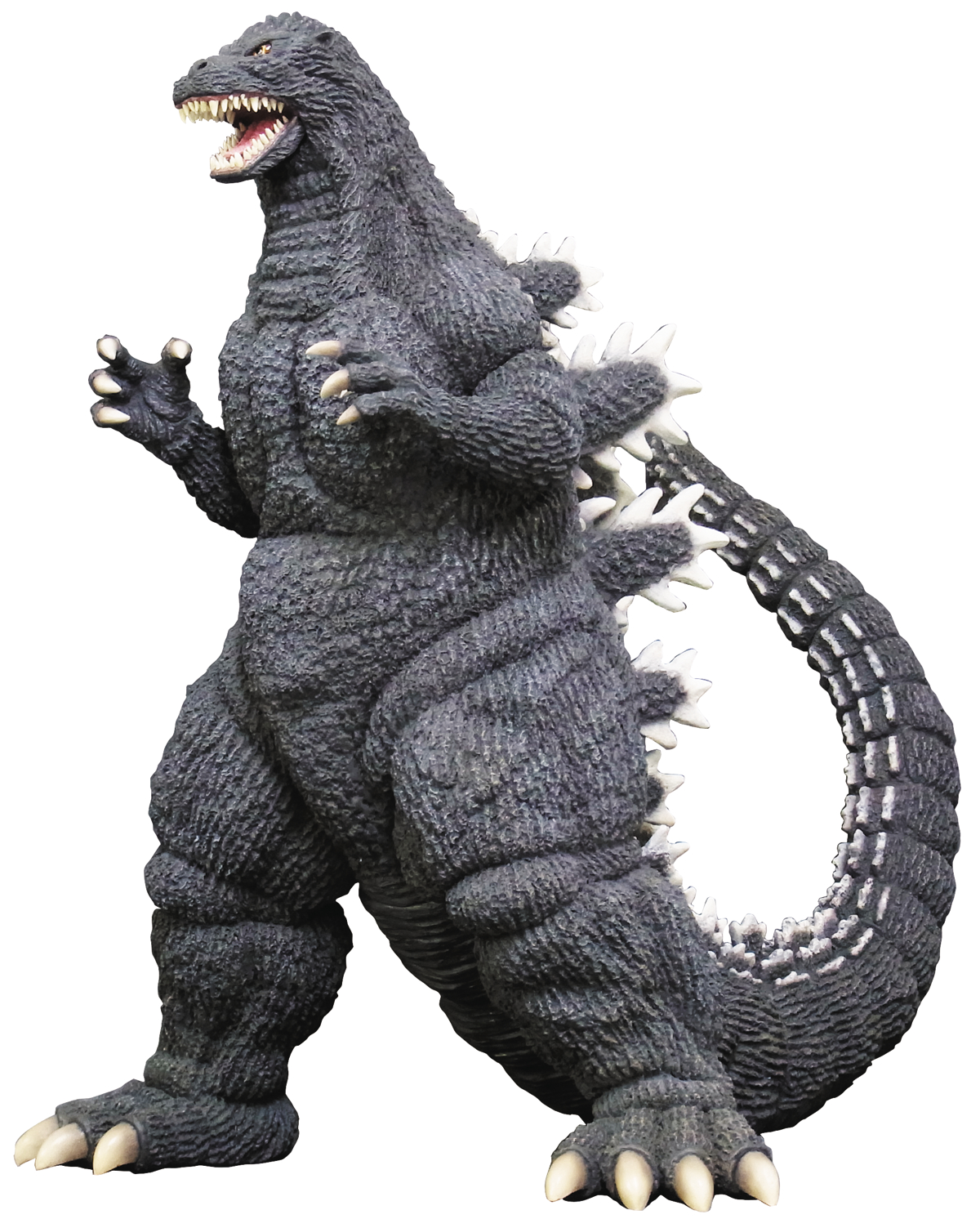 APR158701
From PLEX. In 1992, one of Toho's most popular kaiju, Mothra, returned for the new era in Godzilla vs. Mothra! No longer an allies, the kaiju once again clashed as they had done some many years earlier in 1964's Godzilla vs. The Thing.  Directed by Takao Okawara with special effects by Koichi Kawakita, the 19th Godzilla film remains the highest grossing film of the entire Godzilla series, and featured a soundtrack score by legendary composer Akira Ifukube (who won a Japanese Academy Award for his score). The film was the second highest grossing film in Japan in 1993, second only to Jurassic Park. This 12" scale figure continues the development of Godzilla's size and mass.