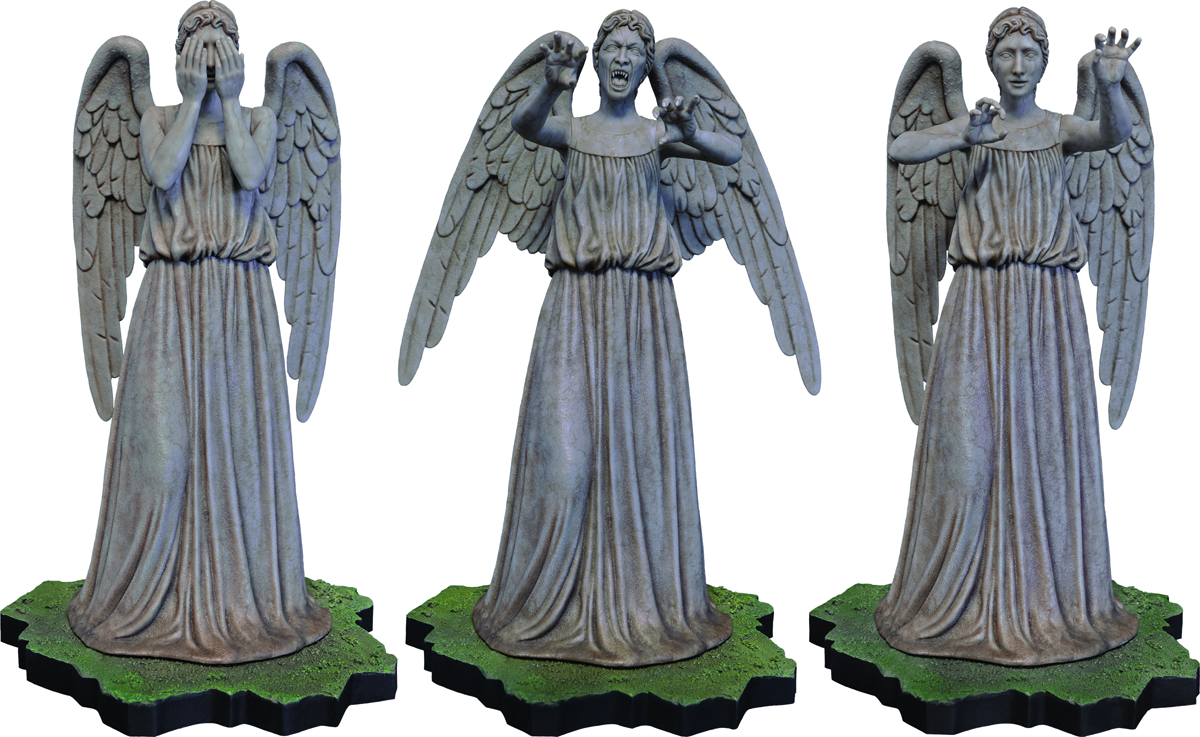 APR158427
From BIG Chief Studios. As old as the universe, the Weeping Angels are the deadliest, most powerful, most malevolent life-form evolution has ever produced. Featuring three sets of interchangeable arms (Weeping, Grasping, and Attack) and two alternate heads (Weeping and Attack) to adopt multiple poses, the 1/6-scale figurine is cast from heavy polystone and comes complete with a mini diorama base. Purchase additional Weeping Angel figurines and link their bases together in a number of possible ways to create a larger display. Produced in a numbered limited edition, each figurine comes with a certificate of authenticity and is packed in a full color printed box. Stands 12" tall.