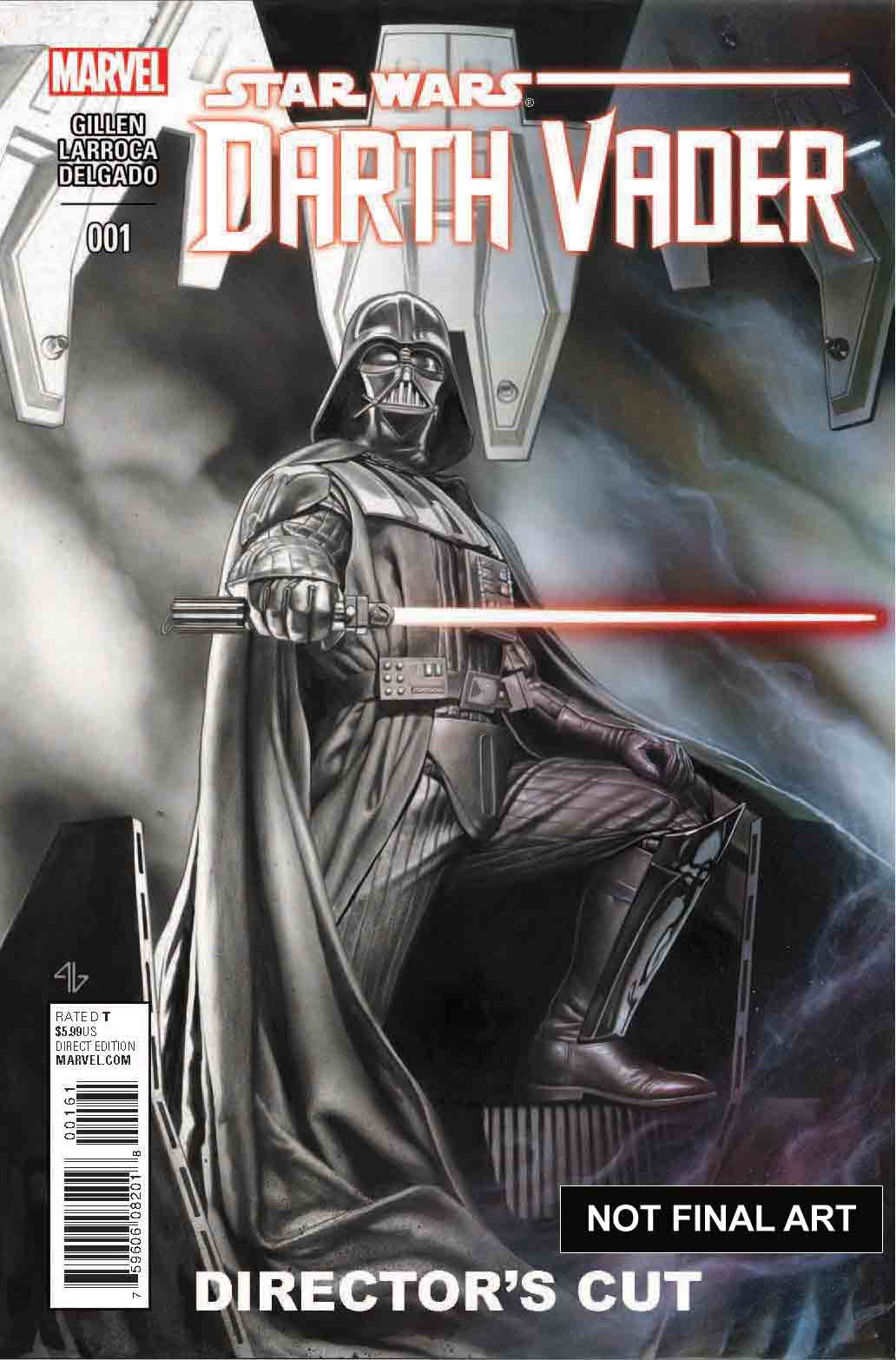 APR158020
(W) Kieron Gillen (A) Salvador Larroca
From Marvel Comics. The chart-topping, critically adored first issue of Darth Vader will return to comic shops this June for Darth Vader #1 Director's Cut! Experience the monumental return of the iconic Star Wars franchise to the House of Ideas with the first issue of these this blockbuster ongoing series! Taking place immediately after the events of Star Wars: A New Hope, this explosive comic follows new adventures of the popular Dark Lord from the original trilogy! Created in close partnership with Lucasfilm, this new Star Wars title exists as part of the canon for the Star Wars universe! This Director's Cut version features the entire first issue - read Darth Vader #1 again or for the very first time! Then, go behind the scenes as you experience the making of this landmark debut. See script pages and in-progress artwork from each issue as the Star Wars universe is brought to life as only Marvel could! The world of Star Wars has made its historic return to Marvel, and no fan can afford to miss out on this blockbuster ongoing series. Scheduled to ship 06/17/15. (161)