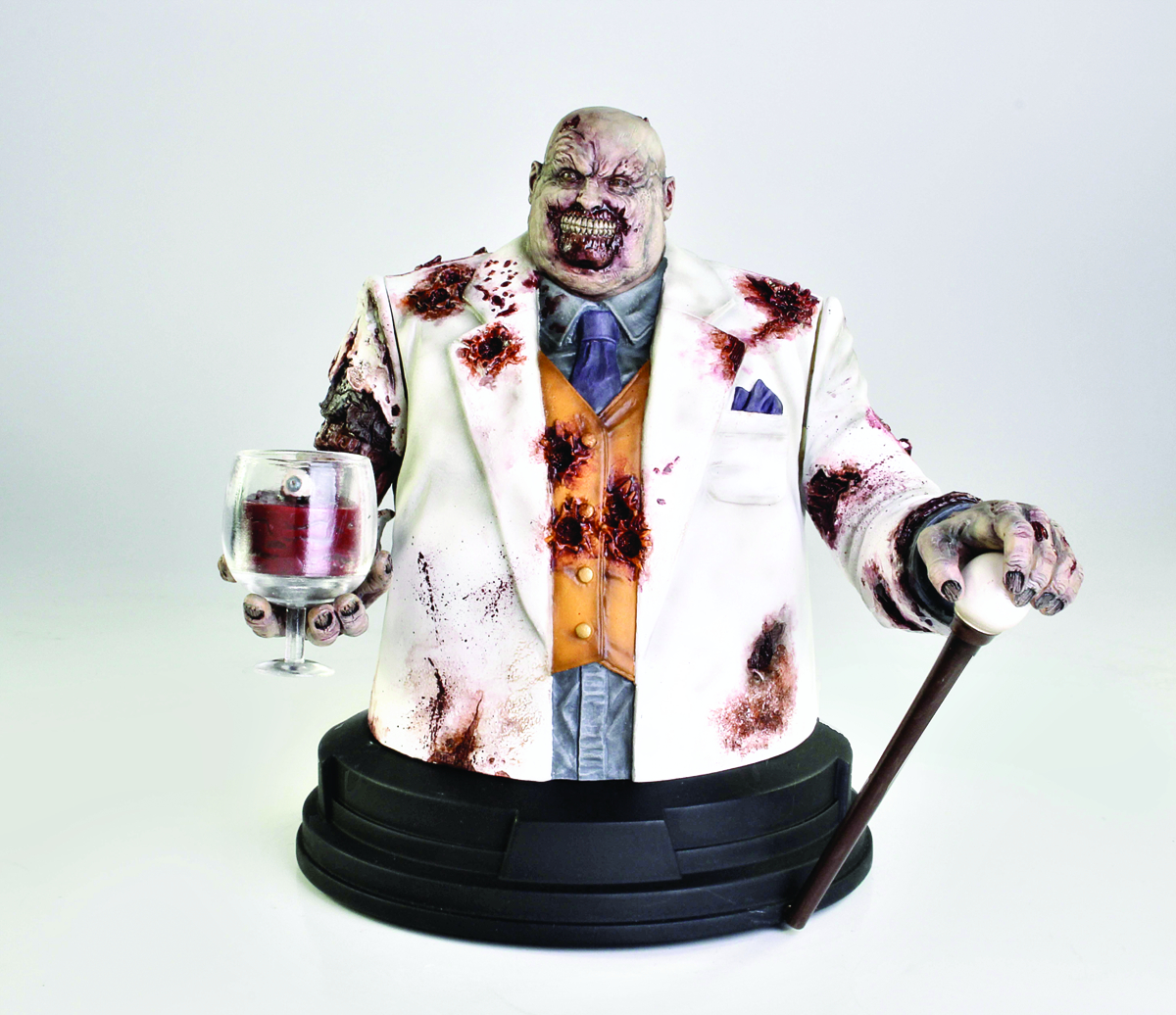 APR152465
A Gentle Giant Release! The Kingpin of Crime, a.k.a. Wilson Fisk, has been a major villain in the Marvel Universe for nearly 5 decades. Though he is not a super-powered villain, what Fisk lacks in power he makes up for in intelligence and sheer brutality. Underneath his obese exterior is the musculature of an Olympic weight lifter, which he utilizes with horrifying results. In the Marvel Zombies universe, the world has been infected by a virus that turns the living into rotting corpses who retain their intelligence and ability. The artists at Gentle Giant have sculpted the Zombiefied Kingpin with this new mini-bust.