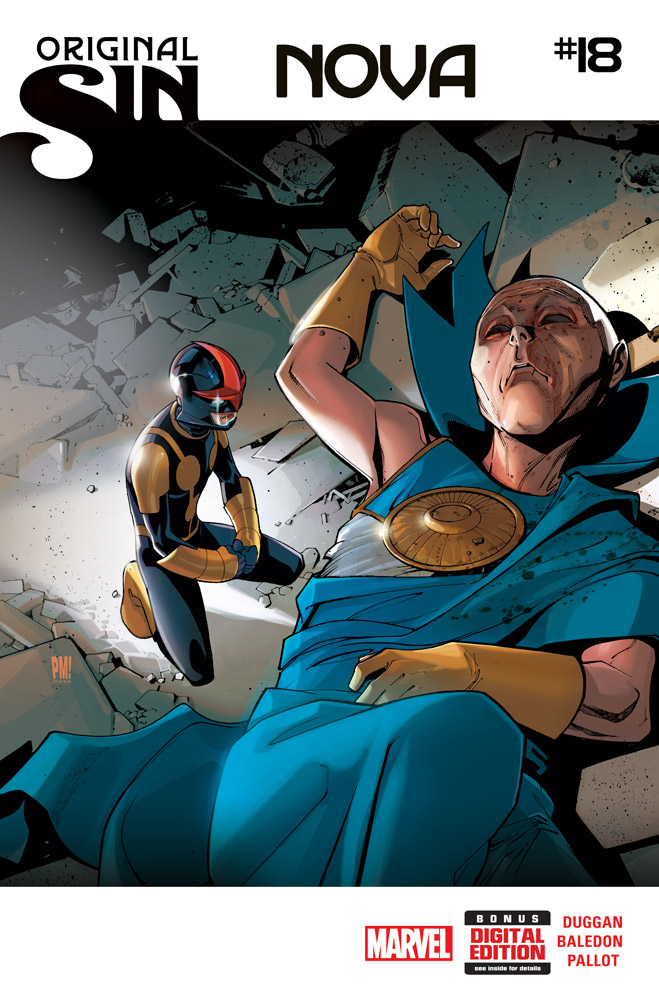 APR140636
(W) Gerry Duggan (A) David Baldeon, Terry Pallot (CA) Paco Medina
EVERYBODY HAS ONE...
The death of the Watcher has left a hole in young Nova's life, but even as he grieves for the loss of his friend, there is hope for the future. Before his death, Uatu left Sam with hope that his long-lost Father, former Black Nova Jesse Alexander, is still alive. Only there is more to the story...and it lies in the secret history of the Black Novas. What was the purpose of this clandestine sect of the Nova Corps? The secrets they kept will propel Nova to the end of the cosmos in search of answers! Was Nova's father a murderer? The secret history of the Black Novas begins to unravel!
In Shops: Jun 18, 2014
SRP: $3.99
View All Items In This Series