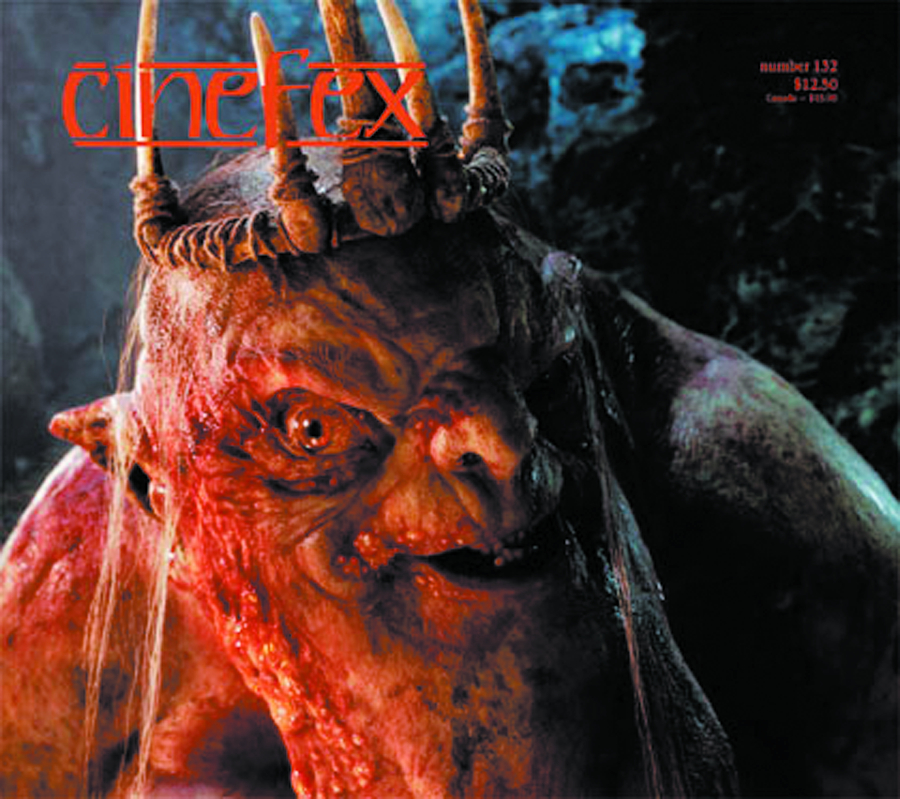 APR131431
Cinefex profiles the following: Star Trek Into Darkness - J.J. Abrams returns with cast and crew for a second tour of duty aboard the starship Enterprise, reprising characters from Gene Roddenberry's beloved television series, and this time tasking Captain Kirk (Chris Pine) with an intergalactic manhunt of an enigmatic villain (Benedict Cumberbatch); Iron Man 3 - director Shane Black deftly picks up the reins to deliver a third film in Marvel Studios' popular franchise; Oblivion - Tom Cruise stars as court-martialed soldier Jack Harper, sent to destroy an alien race on a distant planet; and After Earth - Astronaut Cypher Raige (Will Smith) and his son (Jaden Smith) crash-land their spaceship on Earth a millennia years after a cataclysmic event has transformed the planet into an exotic and savage world.
In Shops: Jul 03, 2013
SRP: $12.50
View All Items In This Series
ORDER SUBSCRIBE WISH LIST