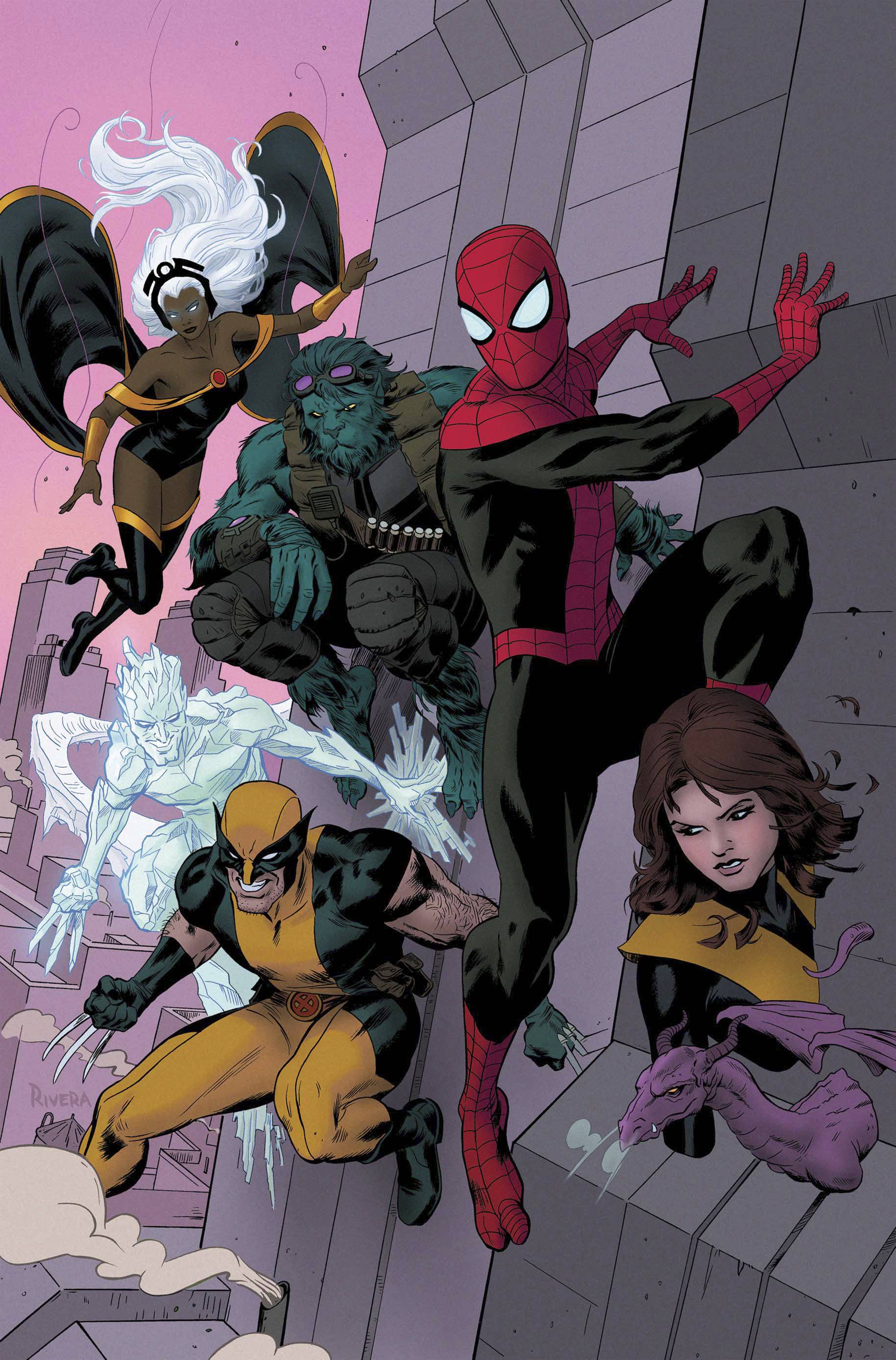 #
APR130723
(W) Christopher Yost (A) Paco Medina, Marco Checchetto (CA) Paolo Rivera
New creative team! New direction! A new age of AVENGING begins as the Superior Spider-Man - a.k.a. Otto Octavius, the former Dr. Octopus - teams with Wolverine and the X-Men! Then, Spider-Man is forced to work with the Future Foundation as the future literally comes crashing in on them, threatening to destroy the Foundation itself and expose Spider-Man's ultimate secret! And did we mention Otto doesn't like kids? Next, when Electro returns, can Thor and Spider-Man set aside their egos to save the world? Probably not! And while Sleepwalker stalks Spider-Man in the waking world, something far more horrible has invaded his dreams. Finally, it's a look back at the greatest conflict in comics history: Dr. Octopus vs. the real Spider-Man! Collecting AVENGING SPIDER-MAN #15.1 and #16-19.
In Shops: Jul 10, 2013
SRP: $16.99