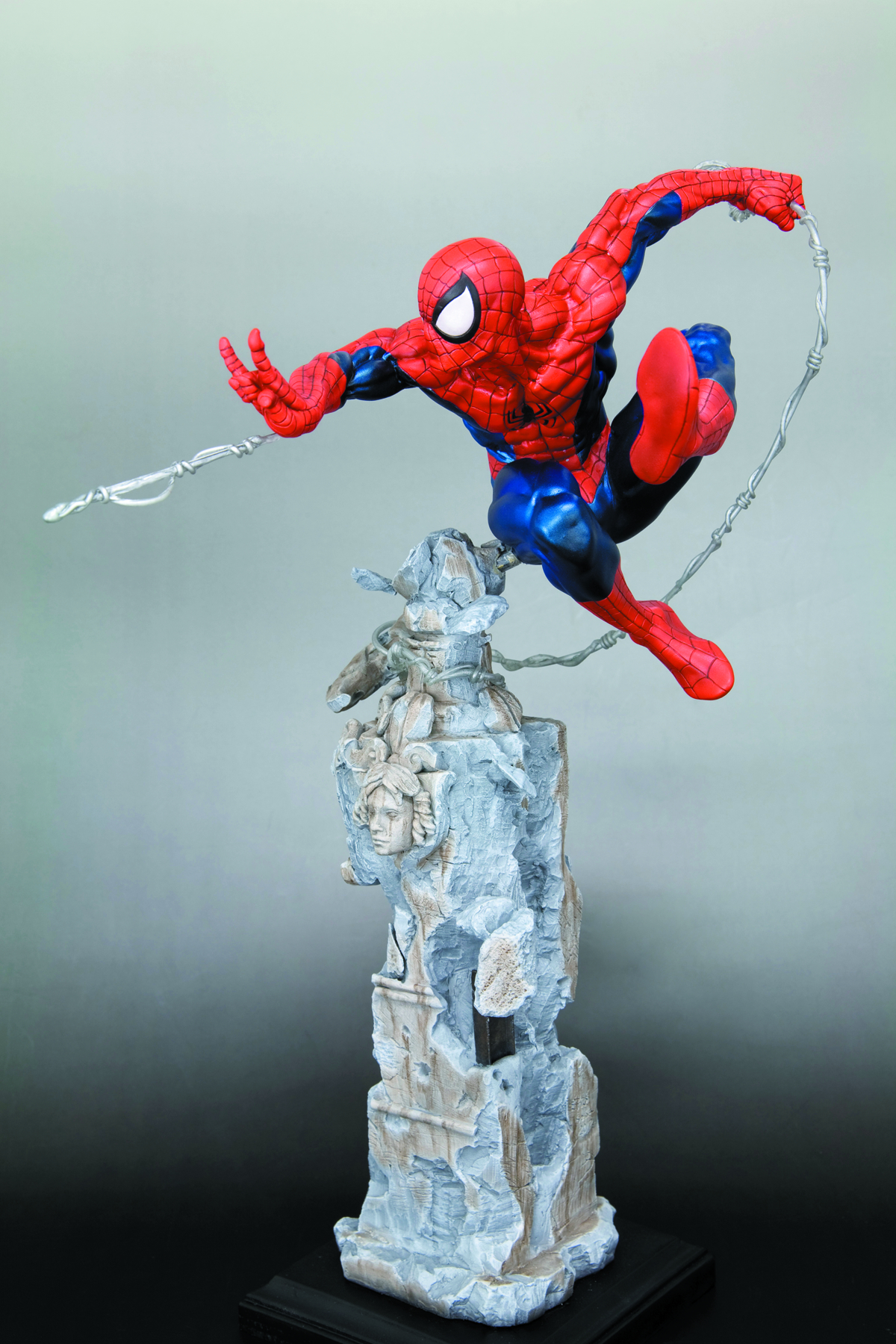 APR121800
A KOTOBUKIYA Japanese import!  In 1962 Stan Lee created the character of Spider-Man, the teen aged Peter Parker granted extraordinary powers by the bite of a radioactive spider.  With great power comes great responsibility, and Spider-Man would use that power to save lives and protect the innocent.  The innovative superhero would go on to become one of the most popular and famous characters of all time, appearing in hundreds of comic books, television shows, and a huge comic book blockbuster film franchise.  And now, everyone's favorite neighborhood hero is back in an all-new Fine Art Statue, AMAZING SPIDER-MAN!

A blur of movement, the Amazing Spider-Man is captured like never before as he swings around a column and blasts a shot of webbing at his unseen foe!  Peter Parker wears his traditional red and blue costume, recreated here with painstaking sculpted detail in the fabric's texture and the superhero's lean muscled physique.  His complex pose screams Spider-Man with the kind of flexibility and movement he's known for in the comics!  Seemingly floating in mid-air, the web-slinging hero is cunningly attached to the highly detailed column of his diorama base.  The white marble look of the column is the perfect counterpoint to Spider-Man's brightly colored outfit, really making it pop visually!

Crafted by master sculptor Erick Sosa, the Amazing Spider-Man is slightly over 7 inches tall (1/6 scale) and floats almost 16 inches above the ground in this incredible presentation.  Constructed of high-quality cold cast porcelain, Spidey looks great displayed on his own but can also be combined with the upcoming Venom Fine Art Statue (sold separately) to create an integrated battle scene!